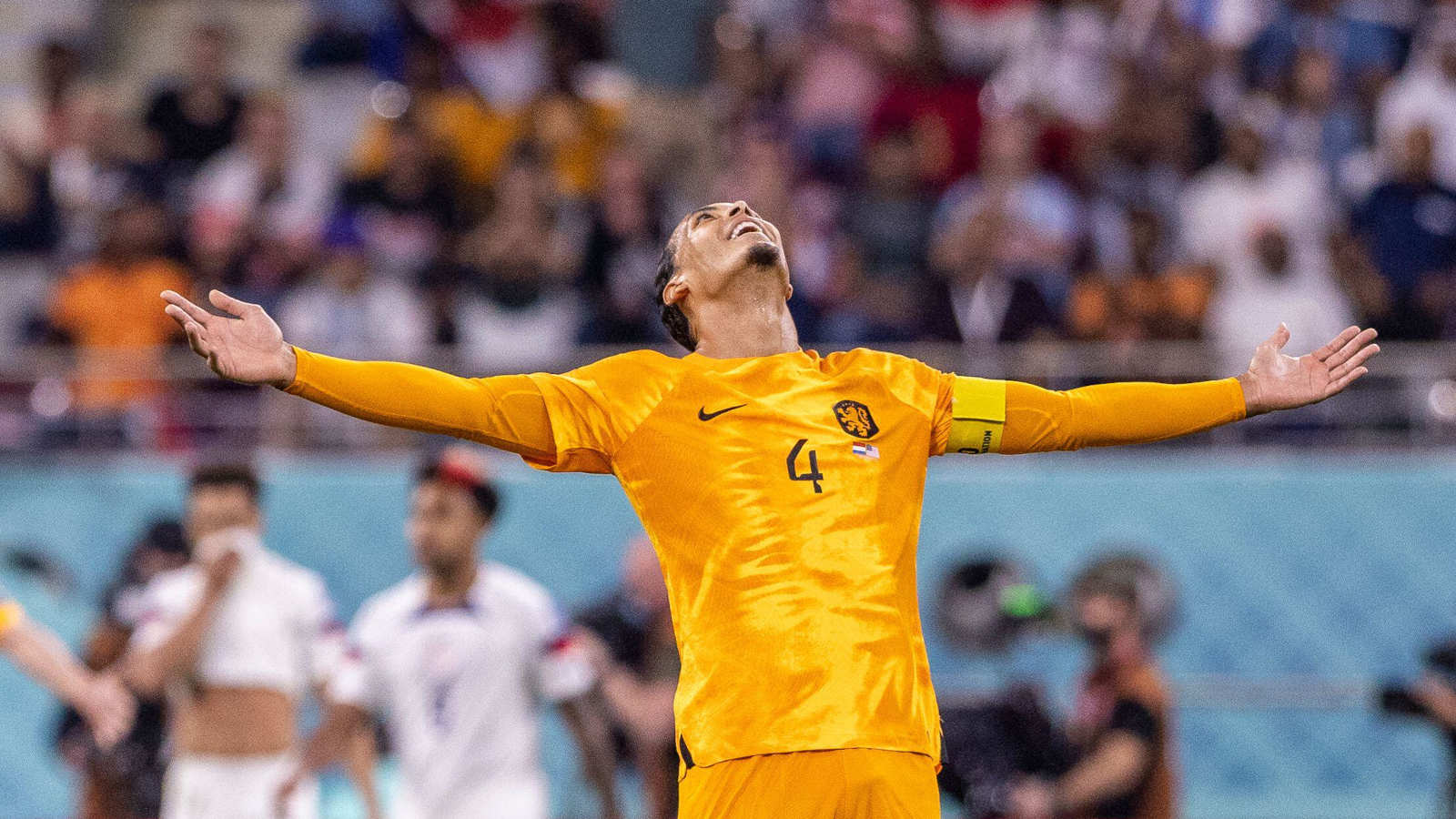 The Netherlands punished American defensive lapses and were clinical in front of goal to knock a naive USA team out of the 2022 World Cup.

Football is a simple game, and the first match of the knockout stages of the World Cup came down to two of the games immutable laws: you need a goalscorer to win games, and you can’t afford to fall asleep against good teams.

The USA are out of the World Cup, eliminated by a Dutch team that had too much experience, too much swagger and too much nous for them.

The youngest squad in the tournament had already achieved their minimum target by getting through the group stages with England, but against the Netherlands they came up against a team who had just a little too much of everything for them.

The Dutch played the first ten minutes like a jack-in-the-box. They sat back patiently and absorbed some early American pressure which included a very early chance for Christian Pulisic which was blocked by Andries Noppert’s legs. And after having waited for the right moment, when it came they pounced, moving the ball quickly, fluidly and effortlessly through the middle, a beautiful sweeping move.

The USA had committed too many players forward, and with the ball having been played out to the right, a first touch inside from Denzel Dumfries found Memphis Depay for a tidy finish and an early Dutch lead.

It had already been evident that there were gaps at the back for the USA when the Netherlands broke. The pace of the American central defence had been questioned before the game and the Netherlands were finding themselves in gratifying amounts of space when they did get forward. But conceding an early goal didn’t seem to quench American energy levels, even though they couldn’t find an immediate reply to the early Dutch goal.

Much as they had been for much of their previous three games, the USA were all heat and no light, possibly an inevitable side-effect of having a team picked from the small squad in the tournament. They controlled possession in the middle of the pitch effectively, but as they approached the Netherlands penalty area they seemed to slow, as though they were running into patches of treacle.

But time and again there was no final ball, just a lot of running down blind alleys which ended in losing the ball, all accompanied by whistles and a growing hint of jeering from the crowd.

In the remaining 38 minutes of the first half following the goal the USA could only manage one shot on target, a shot from Timothy Weah which was beaten away by Noppert, but there was still time for another goal for the Netherlands in stoppage-time, again sourced from Dumfries on the right-hand side, pulling the ball back for Daley Blind – who’d already fired wildly over earlier in the game, again when unmarked on the edge of the penalty area – to place the ball wide of Matt Turner and into the corner of the goal.

The Netherlands had taught the USA a very painful lesson in the first half. In the knockout stages of the competition, the final ball has to be perfect and those chances have to be taken. The Dutch had two shots on target in the first half and scored with both of them. Pulisic missed his after three minutes, and three minutes into the second half Tim Ream spurned an opportunity from close range, when his shot was blocked by Noppert. It was precisely the sort of opportunity you cannot afford to miss, should you wish to proceed through the latter stages of the World Cup.

Signs of this toothlessness had been evident throughout the group stage, in which the USA could only manage two goals in three games. Having scored first against Wales in their opening match, they were unable to build on that lead and Wales found a route back into the game with a second-half penalty.

Against England, they looked every inch the match of their opponents and did hit the crossbar, but otherwise failed to really impose themselves upon a defence with something of a reputation for being a little bit leaky.

There’s nothing wrong with playing a tactical formation based around ensuring first that you don’t concede many goals, but the true test of such a decision comes should you fall a goal behind and the USA came up wanting.

At no point throughout their entire four-game run had it really felt as though they were ‘dangerous’ in any significant manner, until they brought on Haji Wright midway through the second half. In the first place, there was another miss. With just over a quarter of an hour to play, a loose backpass let Wright in, but his first touch around Noppert was heavy and put him on slightly off-balance and his finish was wayward.

It took barely a minute for Wright to score, though whether he meant to or not may turn out to be a question for the ages. Christian Pulisic turned the ball towards the near post from the right and Wright lumbered towards the ball, clipping it with his heel, whereupon it looped up in the air and dropped over the line to put the USA back into the game.

A couple of minutes later, Wright was chasing the ball down the right channel and almost managed to nip the ball over the onrushing Noppert, only for the goalkeeper to block the ball.

But just as when the score was goalless and when it was 1-0 to the Netherlands, the American team suffered for a combination of their inability to put away their chances and a momentary lapse in concentration at the back.

The USA defence fell asleep for the third time in the game, Daley Blind crossed from the left, and Man of the Match Denzel Dumfries, who’d already claimed assists for the first two Dutch goals, finished at the far post to put the result beyond any reasonable doubt.

That lack of experience ended up costing the USA team dear. Their three lapses in defensive concentration were punished. A team which hadn’t scored many goals throughout the entire tournament couldn’t take enough of theirs, either. In a sense, the final 3-1 scoreline was a little harsh on the USA. They played a full part in this game and the comprehensiveness of that final scoreline didn’t really reflect that.

But their shortcomings were evident. They need a better goalscorer than anybody they have at the moment, a player who offers a glimmer of hope every time they get into an attacking position. And the defence needs greater flexibility. All three of the Dutch goals were far, far too easy, the first a quite lovely demonstration of a 21st century variant of total voetbal, the ball moved slowly and then quickly from their own goalkeeper to the back of the opposition net, the second a move through a static defence, the third a moment during which the entire American defence seemed to just… fall asleep and leave their own jobs for somebody else to do.

And every time these lapses occurred, the Netherlands made them pay. The second goal came just before half-time, with the American defence having done a reasonable job of keeping the Dutch attack quiet following their opening goal. The third game just after the USA’s best spell of the game, which had resulted in a goal and a couple of other chances.

For much of the game, the USA were playing a game of one step forwards and two steps back, and the upshot of all of this is that they will now be going home from this tournament. They have plenty of time to improve for the next iteration of this tournament in three and a half years time, when they will be co-hosts.

The Netherlands, then, are the first team through to the quarter-finals of the World Cup, but should we really ever have expected anything less from that wily old dog, Louis Van Gaal?

There was no trickery on their part, just the solid application of a system which was patient when it needed to be patient and explosive when it needed to be explosive. They took their chances and got the job done, against a team who couldn’t quite hold their defensive line strongly enough or take enough of the chances which they did manage to create.

They certainly look capable of reaching the latter stages of the tournament. The USA, meanwhile, have lessons to learn ahead of hosting the World Cup in 2026. A home crowd might not be forgiving of a team displaying the shortcomings that they did in this match.