Home F365 Says Neville is right: Maguire is f**ked and that really is fine 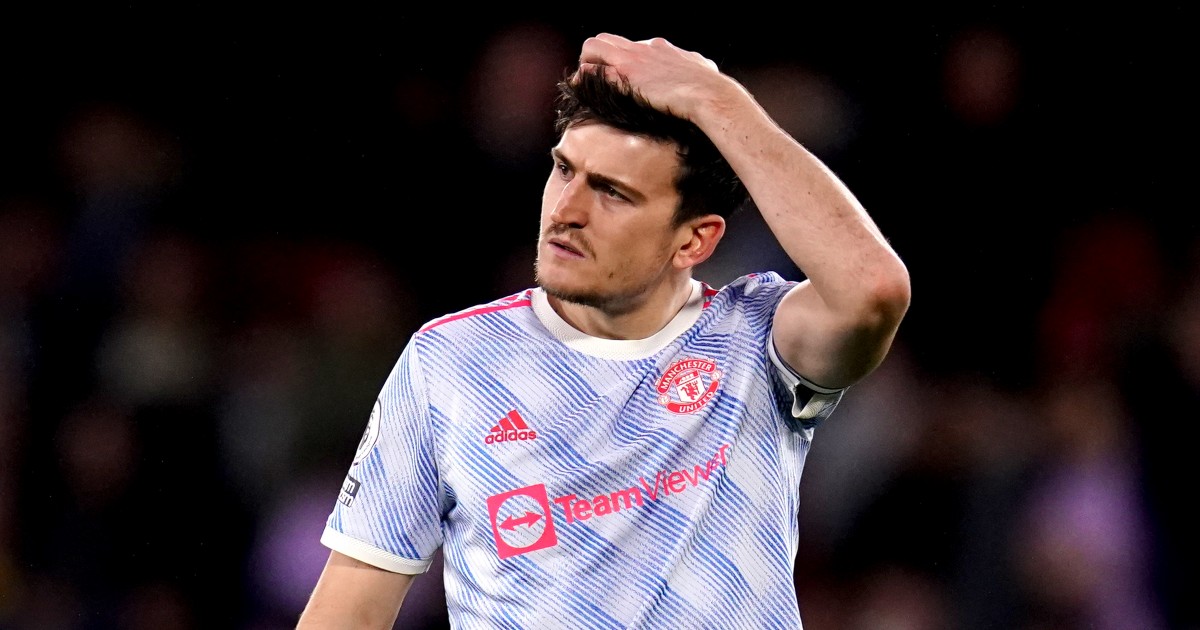 Harry Maguire has dealt with some huge changes recently. Couple that with the mental challenges of football and of course he needs a break.

Quite often, Gary Neville gets it right. Whatever you may think of the man – self-righteous blow-hard or champion of the socialist cause; slave to his own biases or loyal defender of his pals – you must admit that he usually sees things with a cold clarity that others in his profession simply don’t. Whereas some deal in soundbites, in gif-ready outbursts of microwaveable moodiness, GNev is usually able to put his thoughts forward in a cogent argument, with reasons and solutions and such. And while some choose to do hilarious impressions of an “embarrassing” man, Neville opts to look at things a little more probingly.

Take his comments last week on Harry Maguire. Maguire has, by all accounts, been awful. His positional play has been horrendous, in possession he’s been slack and indecisive, and he’s been no leader for this United side of late. With all of that added to some bizarre remarks in front of the media, you could even state a pretty convincing case that, yes, he has, in fact, been embarrassing.

Yet that is not how Neville sees it. Citing as evidence his own struggles after France ’98, his fourth summer in succession involved in international tournament football, Neville believes that Maguire is suffering from burn out. It is this, he claims, that explains the poor form; it is this that explains the ear-cupping-sticking nonsense.

Burn out. Right. So far, so vague. However, what Neville said next really does shed some much-needed light on the situation, and on the human existence of one such as Maguire. Perhaps not wishing to be presumptuous – as someone, as far as we are aware, unqualified to make a clinical diagnosis – Neville indirectly suggested that this burn out is of the mind, not the body. Relating Maguire’s issues to his own, he spoke of the infamous game against Vasco da Gama in which two sloppy back-passes “lost [United] a World Club Championship” and led to a loss confidence that culminated in him “seeing a psychologist”.

To Neville, it seems, Maguire is a man in need of assistance, not admonishment.

And good grief, isn’t he just? When you think about it, it’s ridiculously obvious. Over the past few years, Maguire has gone from mucking about with Hull City to becoming the most expensive defender in history, being forced to justify a fee that, crucially, he did not actually personally negotiate. Chuck into the mixer the Ascension of Slabhead in 2018, as he rode his inflatable unicorn all the way to national hero status, only for the dream to die so miserably in Moscow. And then add a global pandemic. And then that night in Mykonos, after which he was found guilty of aggravated assault, resisting arrest and attempted bribery – convictions against which he is still yet to appear in court to appeal. Then the subsequent slump in form last season. Picking himself back up again. The pre-Euros injury. Picking himself back up again. The agonising trauma of England very nearly almost actually finally winning something. Which I, for one, am still f***ing livid about.

It really is such an incessant churn of ups and downs. The ups higher and the downs deeper with each wild oscillation, and the amount of fortitude and resilience and mental energy needed to manage them, all growing accordingly. Seeing Maguire heave himself from the Vicarage Road turf on Saturday, the lack of emotion as he got his marching orders and threw the skipper’s armband to the floor in the direction of Bruno Fernandes, low-fiving his doomed manager with all the vim of an aged sealion, you couldn’t escape the impression that he may well have run dry.

With all that on his plate, of course he bloody has. We don’t get to be surprised. We – whose mornings are ruined by soggy Cornflakes, whose whole weekends hinge on blokes running around on some grass, and who are (let’s face it) quite shit at work almost every single Monday – should be able to see things for what they are. Maguire is clearly a bloke who has been through a lot and is now struggling to perform. We really shouldn’t require Gary Neville as our spiritual guide here.

And neither should Michael Carrick, or Darren Fletcher, or whoever it is that takes the reins from the previous interim manager, in the interim until the new interim manager is appointed. As those who have had front-row seats to the rise and fall (ad nauseum) of Maguire, they should be well placed enough to recognise the patent fact that he desperately needs a break.

There is a necessary tendency in football to champion mental toughness. You only need look at the way former pros wear their playing-through-the-pain comments as a badge of honour, the way the game speaks of mind games and first tackles and good attitudes, to know that it is a sport played as much in the head as the body. There remains the distinct likelihood that Maguire will be encouraged to front up, show some resolve and battle on through.

However, there is also a tendency for managers to tell us that footballers are only human; Solskjaer himself, in his final media duties as boss, explained the ineptitude of his players in these exact terms. Maybe we have heard them so often that we no longer listen, the words robbed of their meaning by semantic satiation, but this notion retains a fundamental truth. They are human, and as such are beholden to the basic fact that sometimes, the mental toughness that football so prizes is impossible.

This, it seems, is exactly where Maguire is. GNev – that unlikely guardian of the English vernacular – has told us as much, in clear and concise language. Carrick and co. would do well to hear him.