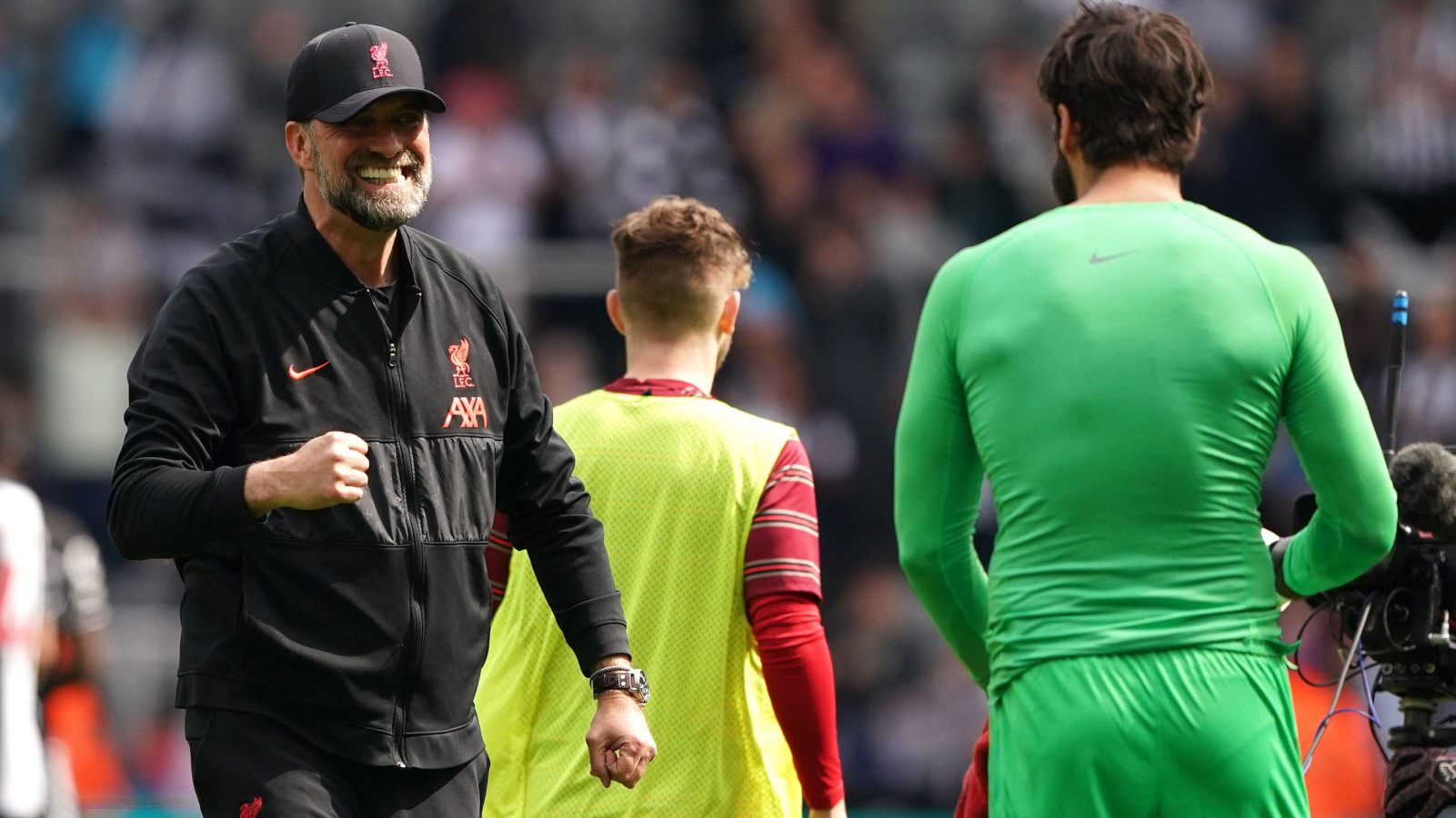 Given their trip to Newcastle had been billed as their toughest remaining Premier League assignment, the efficiency with which Liverpool eased to yet another victory bodes extremely well as the Reds ace another test in their quest for immortality.

The Magpies have got closer than anyone else to matching Liverpool’s remarkable points haul in 2022 and their renaissance under Eddie Howe was enough to exacerbate whatever smattering of pessimism that may remain in the minds of the visiting supporters.

If Newcastle’s resurgence wasn’t enough to make the Reds fans edgy, Jurgen Klopp heightened the jeopardy by making five changes to his starting XI. For the first time this season, his side featured none of Mo Salah, Fabinho or Trent Alexander-Arnold, with Thiago also given most of the afternoon to recharge his batteries amid a relentless and potentially history-making run.

Jurgen Klopp reaction: ‘I loved it, we controlled the game in so many ways’

Klopp, though, can do no wrong at present. Liverpool simultaneously achieved almost complete control at St James’ Park while four of their most important players rested for the most part before seven more matches which could see the Reds become the first side in Europe to win a Quadruple since Celtic’s Lisbon Lions in 1967.

With those changes, Klopp came up trumps. Naby Keita made the most tangible impact by scoring the winning goal, the midfielder showing the touch of Salah as he danced around Martin Dubravka in the Newcastle goal, which was only made possible by James Milner’s tackle to win back possession with Newcastle centre-back Fabian Scharr way out of position.

Newcastle wanted a foul for Milner’s challenge and upon first glance it seemed they had a case. But Milner’s sliding tackle was as clean as his polished performance in a Liverpool midfield that dominated their hosts.

Lack of jeopardy in this Liverpool run is astonishing. They have trailed in only three of their 28 games in 2022, for a total of 53 minutes in 2520 mins of football (excluding injury time)

Milner, Keita and Jordan Henderson all earned Liverpool the control Klopp craved, with the slender scoreline no reflection of their dominance. Klopp could have enjoyed a much more serene afternoon on the Tyneside sunshine if his forwards were as sharp as his midfielders.

Sadio Mane missed gilt-edged chances in either half, while Dubravka denied both Diogo Jota and Luis Diaz. Given the stakes and precarious nature of their lead, Liverpool would not have been blamed for showcasing a degree of edginess as the clock ticked down, but on the rare occasions Newcastle broke through Klopp’s engine room, his back four blocked the path to goal.

Not until the 86th minute was Alisson troubled and even then, the Liverpool keeper dealt with Bruno Guimaraes’ shot from outside the box with the minimum of fuss. That was the closest Newcastle were allowed to Alisson – none of the four shots they attempted were within 25 yards of the Liverpool goal. To highlight their dominance, the Reds rattled 24 shots towards Dubravka, 17 from inside the box.

Howe’s side can hardly be blamed for their pragmatism against Klopp’s all-conquering Reds, but they made little of what few opportunities they had to test the Liverpool defence. The passing into Allan Saint-Maximum while he played in a central role was shoddy with his team-mates seemingly forgetting his strengths and playing into his feet with his back to goal rather than down the sides of Liverpool’s centre-backs. On the few occasions the black and white units linked up, Liverpool simply stepped up and Newcastle never fathomed how best to break a high line without straying offside.

Aside from a lack of ruthlessness in front of goal, Klopp’s players did everything else necessary to alleviate the risk in the manager’s approach. But as with seemingly everything else at present, Klopp got his calculations right and Liverpool move on to Villarreal for the second leg of the Champions League semi-final while turning the screw on Manchester City with the absolute minimum of fuss.