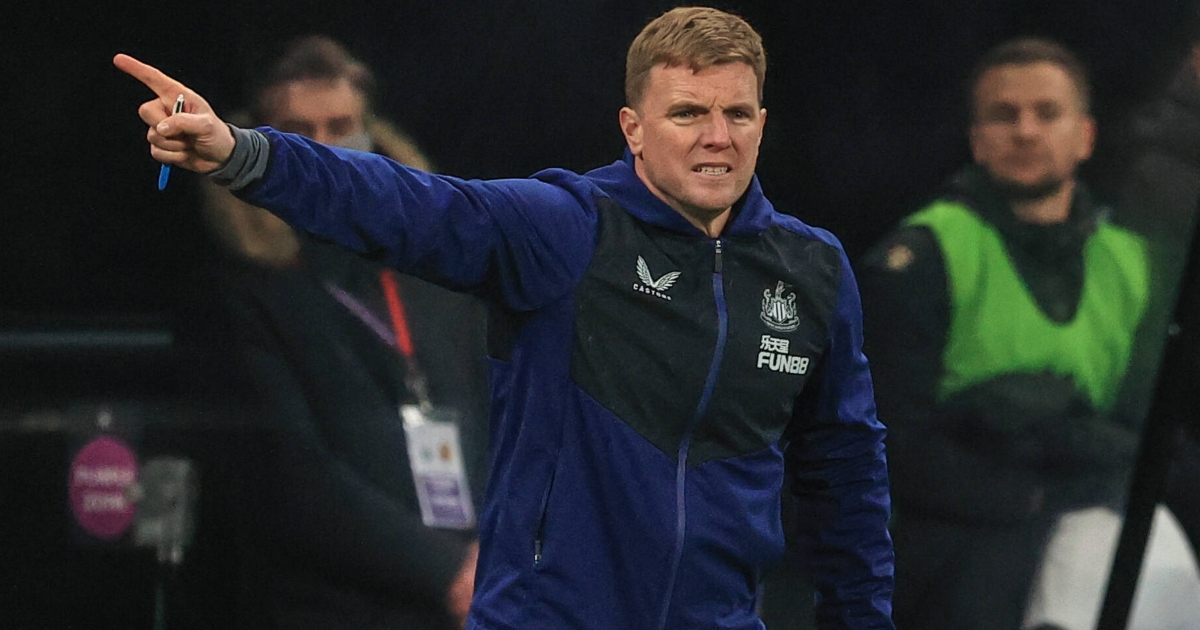 Eddie Howe brought optimism to Newcastle, but what else? He needs to source some cojones before the end of the month…

Since the takeover, Newcastle United had been counting down the days to January when it was assumed they could belatedly right the wrongs of the current squad and previous regime. But halfway through the winter window, it looks increasingly unlikely that the Magpies’ flaws can be solved in the transfer market alone.

Newcastle had their first two new recruits on parade against Watford today – a fat lot of good it did them. Chris Wood and Kieran Trippier were competent in black and white, which represents an improvement on some of the performances from Eddie Howe’s players up to now. But despite those marginal gains, United paid for the same old psychological failings.

In addition to players with better technique, Newcastle need somehow to source some cojones in the next fortnight, which is never easy in the transfer market, especially with the clock ticking to the end of the window in just over a fortnight, all the while the clubs they look to do business with know they can hold the new regime to ransom.

Against the Hornets, only one place above them in the table but on the other side of the relegation divide, a chasm that feels wider by the week, Newcastle toiled and, for the 10th time this season, opened the scoring. In half of their Premier League matches this season, the Magpies have led. Only one other side outside the top seven have been in front more often. But only once Newcastle retained an advantage through to the final whistle.

For all the optimism Howe brought to the North East, presumably much of it residual buoyancy from the investment of the Saudi cash, the manager hasn’t been able to instil any resilience. In fact, it’s unclear still exactly what Howe has brought that will prove useful in the fight against relegation.

One positive for Howe has been the conversion of Joelinton from £40million flop forward into Newcastle’s best midfielder. Again, the Brazilian was busy against Watford, breaking up the Hornets play while attempting to put Newcastle on the front foot.

The problem is, they seem utterly petrified of staying that way. Once they led after Allan Saint-Maximin had punished Watford right-back Jeremy Ngakiah’s awful error with the kind of ruthlessness hopelessly absent in all other aspects of their play, Newcastle retreated back into their black and white shells.

Striking first and soaking up subsequent pressure would be a legitimate tactic had Newcastle demonstrated even the hint of any defensive nous this season. But for some reason, yet again, Howe watched his side surrender the ascendancy and bank on a Championship-standard defence keeping out a side that, for all their own flaws, have at least carried an attacking threat this term.

Jamaal Lascelles had already given Watford their best chance of the game – a sloppy pass followed by a failed attempt to wipe pout Emmanuel Dennis before he teed up Moussa Sissoko to sky a sitter – and once again the soft centre at the heart of Newcastle’s defence was exposed with three minutes of the 90 remaining.

Watford, neatly if not ingeniously, worked a crossing opportunity on the right, and though Kiko Femenia’s delivery was good, Joao Pedro bullied Lascelles on the way to head it beyond Martin Dubravka.

Newcastle were desperate to sign Wood, a centre-forward, before this six-pointer but they must now apply even greater haste to find at least one centre-back. Ideally two. Which will be a lot more difficult than plundering Wood from Burnley for the cost of his release clause.

The Magpies are said to have been looking to sign Sven Botman or Diego Carlos, but this back four needs a leader at the heart of it, ideally one accustomed to the Premier League who, like Wood and Trippier, can settle seamlessly. And one who is less inclined to soil his shorts at the prospect of defending a lead.

The Newcastle owners are not usually concerned with checking the price tag on purchases and they need to approach their centre-back hunt with a similar indifference towards the cost. Otherwise it’s increasingly certain they will pay with their Premier League place.