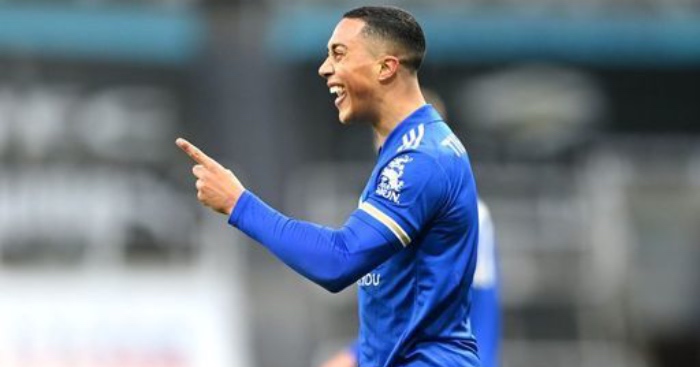 Leicester’s transfer hit rate really is remarkable. The Foxes have spent just short of £250million on players in the last three seasons and 90% of that money has been spent brilliantly. Only Filip Benkovic and Rachid Ghezzal – bought for a combined £25million – could be considered transfer mishaps. Danny Ward was necessary; the other ten were inspired.

Six of them started the 2-1 win over Newcastle on Sunday, two of them – James Maddison and Youri Tielemans – scored the goals and all of them looked comfortable, as all new signings seem to from day one under Brendan Rodgers.

“Enjoy the game!” some b***ard quipped over the tannoy before kick-off. He knew. The first half in particular was truly awful.

Or “dreadful” as Roy Keane summarised at the break, before Micah Richards attempted to pick out a positive then laughed at the incredulity on his pal’s face.

And we really should have guessed. If Leeds are the team to watch this season, Newcastle exist to be avoided.

“You’ve got to feel for the Newcastle fans watching that,” Graeme Souness said. “There was nothing that would have got them on the edge of their seat.”

Without Allan Saint-Maximin there is just no joy. Miguel Almiron occasionally runs slightly quicker than someone else and Callum Wilson makes some decent runs, but the football in general is so pedestrian, so obvious and so, so dull.

The Longstaff brothers unfortunately had a lot to do with that. Matty and Sean started in the centre of midfield and for the first 45 minutes were clearly told to sit in front of the back four. And they did so effectively.

But there was absolutely no attacking intent as a result. And faced with the prospect of further Toon fan backlash at the end of another dire offensive display, whether at the behest of Steve Bruce or by their own free will, they pushed further forward.

And were of course, immediately punished for their extravagance. Harvey Barnes was found in the space behind the midfield, who fed Jamie Vardy, who squared to James Maddison to score. Leicester didn’t particularly deserve it for their attacking prowess, but Newcastle did for the lack of theirs.

The only shame was that the goal came when Bruce’s side were trying to force the issue – it won’t persuade him to stop parking the bus in the future.

But he just needs to find a balance. They went from lockdown to hugs and kisses in the pub. And Leicester took advantage. Marc Albrighton’s pass to the edge of the box was perfectly weighted for Tielemans, who didn’t need to break stride as he swept the ball past Karl Darlow.

Perhaps most frustrating for Newcastle fans will be the late but genuine response. Andy Carroll came on to score his first Premier League goal since April 2018 with his first touch, and a quite brilliant backtracking volley at that. And then Leicester did start to feel some pressure. But why so late?

That’s seven away wins from nine now for Leicester this season, the same as they managed in the whole of the last campaign. They’re up to third, while Newcastle languish in 15th. That’s absolutely good enough for Leicester who continue to triumph against the odds, but also unfortunately for Newcastle, who seem content simply to exist.