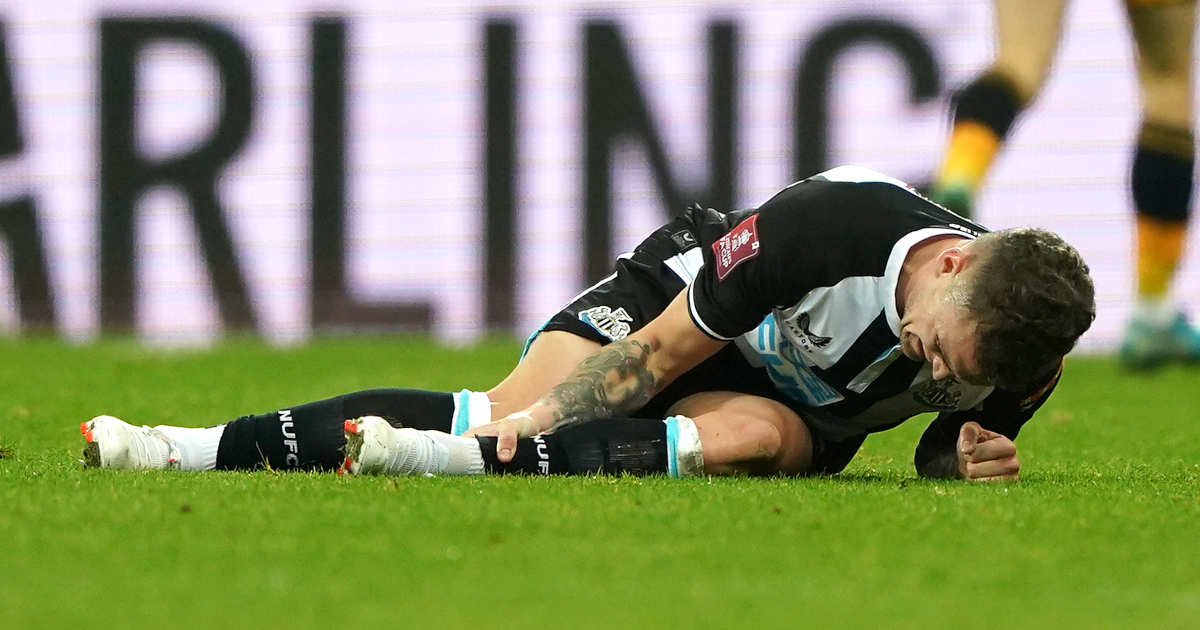 Newcastle had 52,000 in for their FA Cup match against Cambridge, and the team’s performance was little more than a demonstration of their current shortcomings.

It was rather difficult not to wince in the build-up to the Newcastle match. The debut of the new £12m England international signing who won La Liga just a few months ago. The frantic speculation in the press since the transfer window reopened. The 52,000-capacity crowd for an FA Cup Third Round match against lower-division opposition. Newcastle United weren’t so much caught adrift in a storm as sailing straight into one. If their season so far has come to resemble that fateful last journey of the Titanic, they were sailing full steam ahead towards a Cambridge United-shaped iceberg and nobody seemed to want to point out the folly of the smiles upon so many people’s faces.

Since the Saudi takeover of Newcastle United, the tangible positive benefits of the new ownership have been thin on the ground. The Sports Direct signage may have been taken down from St James’ Park, but the team’s performances in the Premier League have continued to stutter. And every step of the way has been treated as some sort of event. The players took a lap of honour when they drew with Brentford in November, and another at the start of December when they finally recorded their first league win of the season at the 15th attempt against Burnley. That they remain just two points from Premier League safety is more a reflection on fourth-from-bottom Watford’s similar ineptitude levels than anything that has changed since the old guard was swept away.

Against Cambridge United in the FA Cup, it was a familiar story. The opposition arrived in Newcastle five places and four points above the League One relegation places and would have been within their rights to be close to overawed by the scale of the event into which they had been deposited, but it didn’t take long for their players to suss out that the wall of noise that greeted the teams as they took to the pitch was largely a red herring.

Newcastle’s actual team remains as budgie-hearted as ever. For 45 minutes, the home side wasted chance after chance, a level of profligacy that they simply cannot afford at the moment, but the second half resembled the slow deflation of a balloon as confidence visibly drained from the players with each stray pass and accompanying groan from the stands. Cambridge took their chance when it came their way. Their goalkeeper made a couple of outstanding saves. But with Callum Wilson injured until March, Joelinton having already been converted into a midfielder to plug another gap, and Dwight Gayle still absent, the club of Jackie Milburn, Malcolm MacDonald, Kevin Keegan and Alan Shearer didn’t have a recognised centre-forward on the pitch, and it showed.

As Newcastle continued to trip over their own shoelaces, Cambridge’s confidence grew, and for all that home supporters might have griped over their players’ wastefulness in front of goal, Cambridge’s goal was far from their only chance of the afternoon. At the full-time whistle, the booing was only partially drowned out by the cheering coming from the top of the Leazes Stand. Another day that had started with flags waving and the feeling that perhaps a home cup match against lower-division opposition might finally provide the spark required to get this mis-firing team going, ended in a familiar sinking feeling. Eddie Howe, it turns out, is a football manager rather than an alchemist.

Even the January transfer window, that last bastion of hope for those who continue to believe that oil money will make everything okay, looks like more of a challenge with every passing day. Kieran Trippier was something of a coup, but every other football club in Europe can see both the whites of Newcastle’s eyes and the size of their bank balance. What would be the calibre of player that would want to join Newcastle United and is that type of player the sort that the club needs?

There are four clubs adrift at the bottom of the Premier League, and three of those four will likely be relegated at the end of the season. The players that Newcastle need have to have the fire in their bellies for that fight, the ability and attitude to make a positive difference, and an understanding that it might all end in Championship football next season.

For all that talk of blank cheques (and the advantageous position that, ironically enough, Mike Ashley’s parsimony has put the club in), Newcastle still have to comply with FFP regulations while avoiding anyone who does fancy a few months on Tyneside on £200,000 a week but who doesn’t fancy the huge amount of graft that will be required to keep this club in the Premier League. And, of course, relegation to the Championship would add a whole other layer of profit and sustainability implications for the club for next season, parachute payments notwithstanding.

Chequebooks cannot win football matches on their own, and all the goodwill in the world from their own supporters doesn’t alter the fact that none of those involved in the Saudi takeover have any previous experience whatsoever of running a football club, and they still haven’t found a Director of Football to coordinate the signings they’re so desperate to make.

It would be a challenge for them, even without taking into account the conflation of factors which make Newcastle’s current position so wretched, to dig the club out of the hole in which it has found itself. The upcoming Watford match has already taken on that ‘must-win’ moniker that has been a defining characteristic of their season, but it remains the case that the challenges facing Newcastle United remain bordering on intractable, regardless of the largesse of the club’s financial standing. The unwanted moniker of ‘The Richest Club in the Championship’ continues to loom large on their horizon.