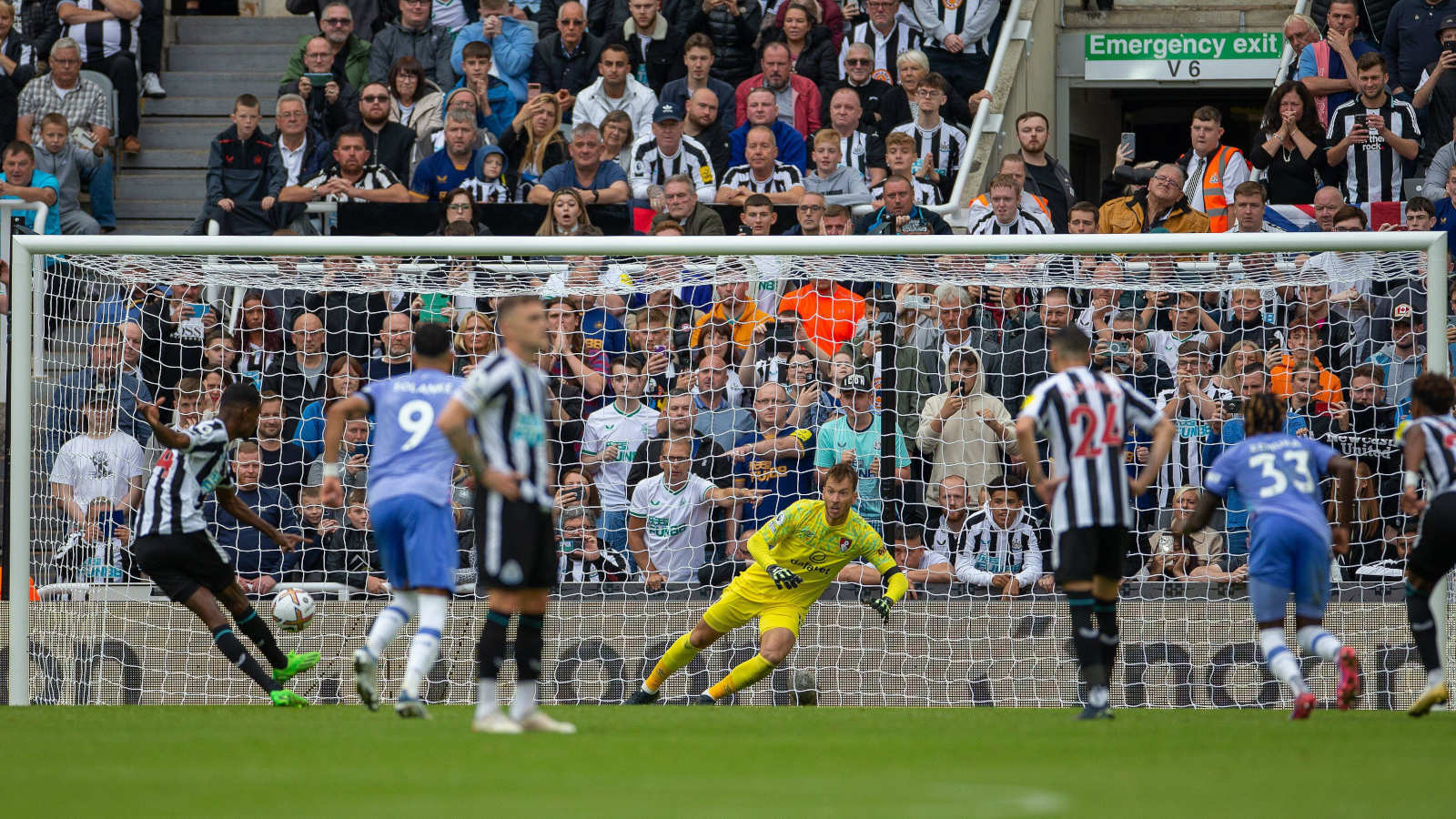 Without a league win since the opening day and numerous injuries, Newcastle are having a more difficult 2022/23 than many expected.

It was a piece of news that Newcastle United supporters would definitely not have wanted to hear.

While away on international duty with Brazil, Bruno Guimaraes had picked up a hamstring injury that left him out of contention for their friendly match against Ghana. Newcastle requested his early return and he was back in England by the time of Brazil’s second match against Tunisia.

In total, Bruno’s international break consisted of little more than some training and a trip to Disneyland Paris. It remains unclear whether he’ll be available for selection for their upcoming trip to Fulham, though the club are believed to be optimistic that he will be fit for selection.

Whether that will be in the first team or on the substitutes’ bench – or even not at all – remains to be seen. He wasn’t the club’s only casualty during the break, either. Alexander Isak picked up a leg injury while training with Sweden and missed their two Nations League matches with Serbia and Slovenia. He is not expected to be anywhere near the team for the Fulham game, and may be out for several weeks.

The loss of these two players would be bad enough, but Newcastle’s injury list doesn’t end there. Chris Wood picked up a rib injury while playing for New Zealand in their friendly against Australia at the weekend, Callum Wilson has missed their last four games with a hamstring injury and may or may not be back at the weekend, and there also remains something of a question mark over the involvement of Allan Saint-Maximin, who’s been out with another hamstring injury. That’s a lot of hamstring injuries.

Newcastle will travel to Craven Cottage exactly midway in the Premier League table, but there is a growing feeling that all is not quite going according to plan for the club. Newcastle have played seven league matches, but of these they’ve won one, lost one and drawn the other five, and with their only win of the season so far having come on the opening day against Nottingham Forest, pressure may soon start to build on manager Eddie Howe.

The case of Alexander Isak offers a glimpse of the opportunities and challenges presented by the club’s oil money-infused expectations. On the one hand, Isak scored a wonderful goal on his debut against Liverpool and has now scored two in his three Premier League appearances for the club, after converting a penalty in their last match before the international break.

But on the other, he’s been described as ‘isolated figure not yet in tune with his team-mates’, and while the Daily Mail’s headline urging that Howe ‘MUST start getting a tune out of new £60m man Alexander Isak’ seems, to say the very least, a little on the hyperbolic side, it is a reminder of the extent to which expectations have changed on Tyneside over the 12 months since the Saudis breezed into St James’ Park.

And it should be added that this is a terrible time of this particular season for any club to be picking up a number of injuries. October is going to be very busy month for Newcastle, with six Premier League matches to pack in, and while November provides the interregnum of the World Cup, that doesn’t arrive until a further three games – two in the Premier League and one in the Carabao Cup (also against Premier League opposition in the form of Crystal Palace) – have been played.

Newcastle only played two Premier League games in September. They’ll play eight plus a Carabao Cup game in the 43 days before everybody breaks up for FIFA’s midwinter jamboree.

It’s still a little early to be suggesting that there is ‘pressure’ on Eddie Howe, but this season has seen the praise that he received throughout the second half of last season starting to slow. Of course, that praise was always slightly overblown. Howe was starting with Newcastle in a very low place, and although they didn’t go for the Hollywood signings that some had predicted, they did spend more money than any other club in Europe in his first transfer window.

But for now, the club seem to be keeping faith with Howe and that’s unsurprising, considering what could be up for grabs by the end of 2022. It remains entirely possible that the England manager’s job may be available by the end of the year, and it’s not difficult to imagine that Howe would be fairly near the top of the candidate list to replace Gareth Southgate, should it be decided that the end of the World Cup would be a good time for him to step aside.

The Independent have already reported that the Saudis have taken steps to dissuade Howe from leaving should that eventuality come to pass. It’s already known that the FA would prefer any successor to Southgate to be English, and it has long been the case that this leaves fairly slim pickings in terms of top-level experience. Frank Lampard and Steven Gerrard have the England experience, but juries are still out on their managerial chops. Graham Potter is now almost certainly out of the equation, having gone to Chelsea.

Howe would appear to be a natural fit for that position, should it become vacant. Where would his loyalties rest, should that theoretical situation become a reality?

With five draws from their first Premier League matches, Newcastle remain one of the Premier League’s more inscrutable teams. Two months into the new season, they remain as difficult to predict as they were before the start. But the wins do need to start flowing, and for all the money in the world, whether that happens before football’s winter holidays may come down to good old-fashioned luck.

Should those who’ve been absent or doubtful come back with no concerns, no further injuries, and no-one aggravating something they’ve all done to themselves, Newcastle could easily be back pushing for a position among the top six by the end of October.

But if their points tally isn’t significantly higher by this point, there can be little question that pressure will start to mount on Eddie Howe, for all the talk of loyalty to the project.

Newcastle need to hit the ground running for this busy period with a result at Fulham, and all concerned will be hoping that none of their players pull up holding their hamstrings in doing so.