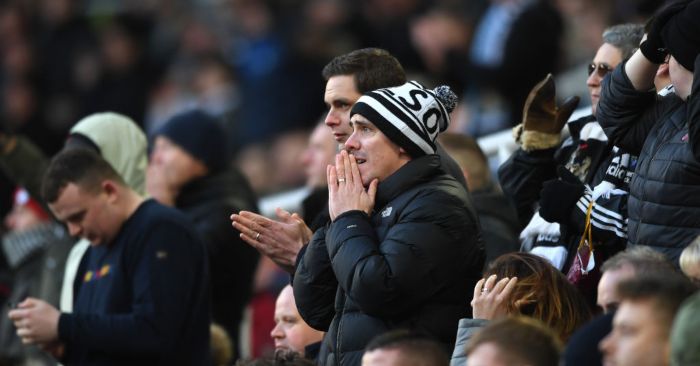 The last 17 weeks felt like a fitting way to end the Mike Ashley era at Newcastle United for their many passionate supporters. Frustrated, tired and desperate for some good news; it is the way they have lived through his 13-year ownership.

Hope springs eternal, as they say. A £300milion prospective takeover from a consortium led by Amanda Staveley, centred around the Saudi Arabian Public Investment Fund and Crown Prince Mohammed bin Salman, also involving the British billionaire Reuben brothers, had been agreed and was under the scrutiny of the Premier League. The Owners and Directors Test, designed to ascertain whether buyers are fit enough to own and run a member of the division, is a process usually expected to take up to 30 days. It dragged on well into its fifth month.

There were plenty of legitimate concerns to be dissected. Accusations of piracy against BeINSPORTS, the Premier League rights holders in all of the Gulf and north Africa, based in Qatar, a political rival of Saudi Arabia, slammed the breaks on the deal, even after it had been agreed with Ashley and a £17million non-refundable deposit had been transferred. On Thursday, it was announced that the consortium had pulled out, citing the length of time without a decision and the impact of the ongoing coronavirus pandemic as reasons behind the move.

Newcastle supporters’ disdain for Ashley is well documented. Under his stewardship, stagnation and regression have been a common theme. Two relegations in just over a decade is all the evidence needed to back up that assertion, especially considering the club have only ever suffered that fate six times in their entire history. In the ten years prior to Ashley’s arrival on Tyneside, they had played in elite European competition six times, including the Champions League twice. They have done so just once – in the Europa League – during his tenure. The training ground and stadium, once state of the art and the envy of their rivals, have been left to wither; the squad has been consistently undermined with poor investment; club icons have been treated with contempt; and the fans are regularly hung out to dry.

This is not the first failed takeover bid over that time. Numerous false dawns have been and gone, including one previous bid from Staveley, whose interest has defined the two years and nine months since Ashley placed Newcastle on the market for a third time. Yet, having believed the sportswear tycoon’s stubbornness in negotiation with interested parties was the main reason behind him long outstaying his welcome, supporters have been left feeling hopeless, already disenfranchised with the club after another uninspiring campaign, by the realisation that not even his agreement will necessarily be enough to see him leave. They don’t know which way to turn, but nobody else will have to carry the weight of this news quite like them.

Ashley has, by all accounts, accepted his time at Newcastle is over. There are a number of bidders reportedly ready to step in and buy him out, but the idea of going through the painstaking process of waiting all over again leaves fans reeling.

Once news emerged of a breakthrough in talks with a group who could perceivably turn Newcastle into one of the richest clubs in the world back in April, euphoria swept across Tyneside. As time went on, though, the purity of that excitement was gradually replaced by cautious optimism, before the default setting of dread and then, ultimately, exhaustion.

Everybody involved should have handled the situation better. The Premier League would meet every question with a strict no comment policy, even those asking for any sort of clarity and not solely whether the deal would pass or not, while the consortium maintained their stance of unwavering confidence. Ashley, as always, stayed quiet. The result of all three approaches was a loyal, desperate fanbase being left completely in the dark, latching onto any and every scrap of news or speculation and analysing it furiously. They are anxious to get their club back, but whether this particular route would have truly done that is up for debate, particularly after what began to transpire as the wait went on.

Initial briefings which suggested the piracy issues wouldn’t be too problematic soon proved false. Over the past few months, Newcastle, and their supporters who want nothing more than to become successful on the pitch, have been caught at the centre of a three-year-long geopolitical whirlwind; football was simply a pawn in the real dispute. A lack of clarity over who would be running the club became a stumbling block, but Saudi Arabia’s decision to ban BeINSPORTS from broadcasting in their country and appeal against the World Trade Organisation’s findings in the piracy case suggested doubts over whether the takeover could or would be passed earlier this month.

Human rights abuses and accusations thereof also caused issues for those behind the controversial deal. Amnesty International were vocal in their opposition, as was Hatice Cengiz, fiancée of Jamal Khashoggi, the journalist widely believed to have been murdered by the Saudi state. Neither hid their belief that the takeover was designed purely for the purpose of “sportswashing”. These concerns needed to be considered by fans giddy at the prospect of heavy investment in their team and the community in general. In many cases they were, but the appearance of suspicious looking social media accounts and the willingness of some Newcastle fans to subsequently show support for the Saudi regime set a worrying precedent.

The cycle of emotion surrounding this takeover has dominated the Tyneside discourse, even at the height of a global health crisis. The possibility of supporting a club which would strive for better did get the majority of people excited, even those reserved enough to factor in concerns over the buyers’ reputation. Now, with that hope seemingly lost, and the disconnection with their club magnified further by the end of the last Premier League season being played out behind closed doors, the future is, at best, unclear.

In many ways, the current mood mirrors that of a year ago, when Rafael Benitez departed as manager and was replaced by Steve Bruce weeks ahead of the new campaign. Disaster and crisis were predicted, and Bruce has been recognised by supporters for having steered clear of that. But he has never been universally popular. Alongside the credit he has received both internally and externally, there has been a caveat that Newcastle archived the bare minimum: survival in the top flight. The football has been dire and expectation of progress nonexistent; all that kept people going was the promise of a fresh start, and an end to their entanglement with Ashley.

In the long run, there could be a happy ending. Arguments to suggest this could be a blessing in disguise are valid. But Newcastle fans have spent 13 years wondering when their day will come, and it is difficult for them to look at the bigger picture right now.