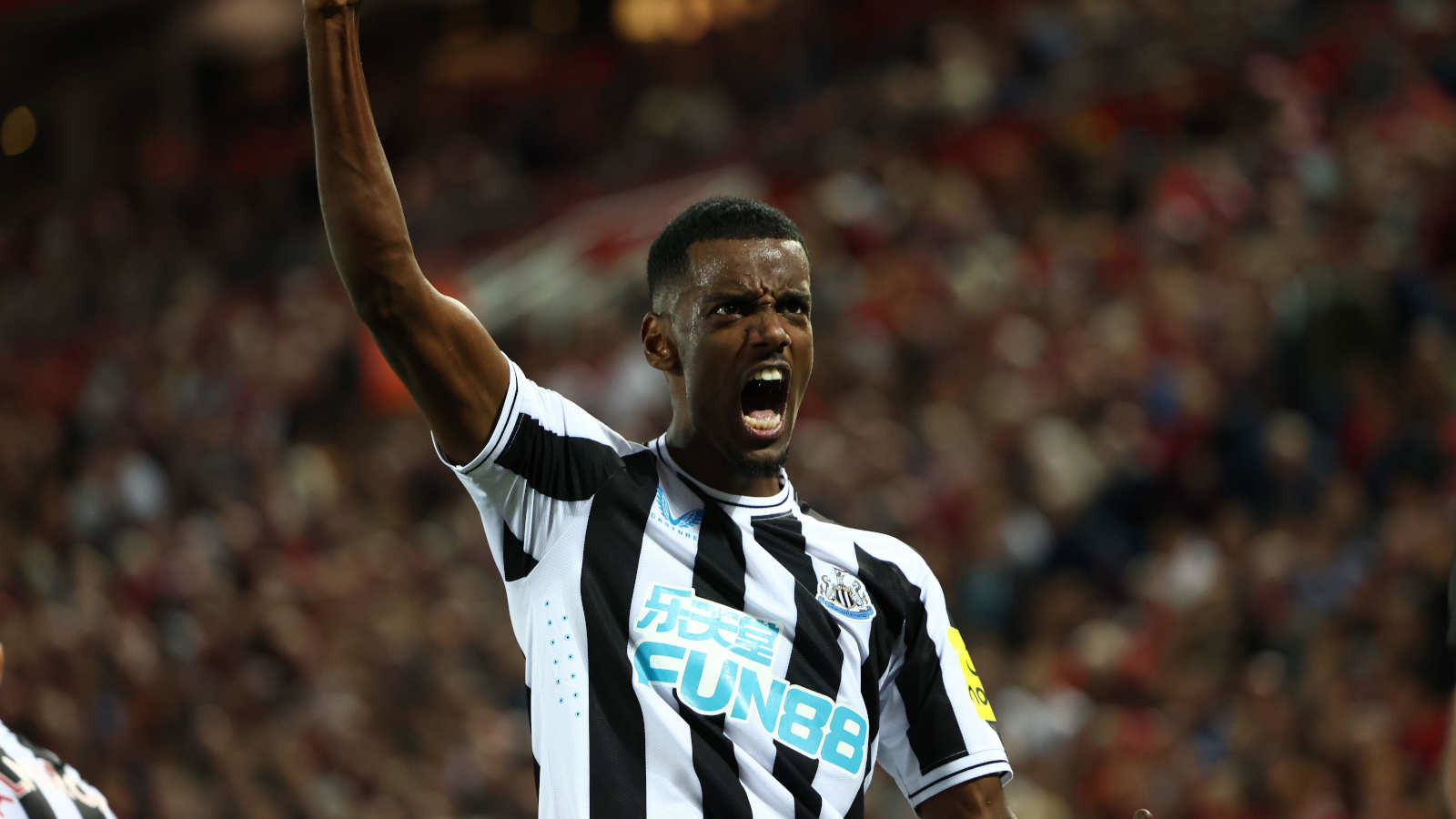 Newcastle United might have lost it at the death at Anfield, but the indication is that they’re catching up with Liverpool. Money talks.

It should be perfectly obvious that it takes more than money alone to build a successful football club. Money is only as good for a club as the way in which it’s spent, and the history of the game is awash with stories of clubs who’ve spent more money than they could afford and repented their bad decisions at leisure.

No other Premier League club has been quite as transformed as Newcastle United over the previous twelve months. The atmosphere, the attitude, so many of the playing and coaching staff… this is a very different to club to that which so recently was subsisting under a Steve Bruce-shaped cloud.

Of course it’s the money that has made the biggest difference of all. Would Newcastle have spent a club record transfer fee of £60m on Alexander Isak this time last year? Probably not. Would Isak have turned down Manchester United to go to Newcastle this time last year? Also, probably not. £235m has been put into the club over this time. This is, as we all already know, no humble rags-to-riches story.

But if it’s plenty possible to criticise the origins of that money, it’s also possible to admire what they’ve done with it. This is not really the team that many would have expected after a year of Saudi ownership, when they first took charge. The transfer policy has eschewed anything like the Tyneside Galacticos flavour that some were expecting, focusing if anything on players that have flown slightly under the radar instead.

It has been noticeable that Newcastle have seldom seemed to be in a battle to bring any of their players to St James’ Park. The players that have arrived at Newcastle United – Kieran Trippier, Bruno Guimaraes, Nick Pope, Sven Botman, Dan Burn, amongst others – are not players that have made huge headlines, but their arrival hints at a recruitment policy that is co-ordinated, inventive and smart, the invisible hand of new sporting director Dan Ashworth, who was poached from Brighton last season.

But none of this could be tied together without the involvement of Eddie Howe. Howe always seemed to the the fourth-favourite when a big-to-biggish managerial job came up while he was at Bournemouth without ever seeming to come close to one. Well, now he’s in one, and it’s reasonable to say that he’s passing the test. He pulled the team comfortably clear of the relegation places over the second half of last season, and that improvement has quite clearly continued over the course of the summer and into the new season, as well.

The contrast between the two sides was marked. For Liverpool, this was the eighth time in nine matches that the opposition had scored first, and throughout the first hour they looked as flat as they had in recent matches against Fulham, Crystal Palace and Manchester United. Their one big chance was shanked over by Luis Diaz, off-balance after he’d chased down a Fabinho pass and rounded Nick Pope.

After 38 minutes of strangely flat and lifeless minutes, the Liverpool defence stood still as Sean Longstaff threaded the ball for Isak to score. He’d done little of note over the previous 37 (though it should be added that he was far from unique in that regard), but that’s an irrelevance when you take the one chance you get like Isak took his. He is paid to create those moments, and to take them.

Early in the second half he almost repeated the trick, beating two and planting the ball in the goal for a second time before being called back for offside. He was withdrawn after 63 minutes, following a debut that shows enormous promise for the future.

Broadly it felt as though Liverpool had been collectively brought down with a spell of sleeping sickness. The atmosphere inside Anfield felt flat as the team laboured, and it took them until the 60th minute to finally have a shot on target. But within a minute of that came the first flourish of that elegant simplicity with which they’ve become so closely associated in recent years, a flurry of short passing ending in the hitherto anonymous Roberto Firmino calmly side-footing the ball in.

Of course, this was now a real test for Newcastle. Many have played Liverpool this year and found themselves taking the lead but few have managed to hold onto it, and the next examination for Newcastle’s credentials would come with how they responded to Liverpool’s equaliser.

With the volume rising inside Anfield again, the game started to assume a more familiar feel. Liverpool remembered how to press and now it was red shirts buzzing around, closing down space, and shutting off options. The Newcastle defence looked increasingly strained as the game reached its closing stages, and eight minutes into five minutes of stoppage-time the game was won for Liverpool when Fabio Carvalho scored from close range after Newcastle failed to clear a corner.

So, in the end, perhaps what we saw at Anfield was the difference between a year and several years. Much was made of Real Madrid’s habit of overcoming whatever obstacles were put in their way in the Champions League last season, and perhaps Liverpool (usually) coming through matches is a smaller version of the same thing. It’s in the muscle memory, the sheer bloody obstinacy that they will not lose. And in the end Newcastle buckled, the same as so many others have.

But there’s no doubt that Newcastle are transformed from a year ago, and their future – at least for those who can set certain issues which aren’t going to away aside – seems bright. Alexander Isak got off a plane having only just had his work permit approved and scored a goal which served as yet another warning shot fired across the Premier League. The press was strong, and for a very long time they made Liverpool look distinctly average.

On this occasion it wasn’t quite enough to get them over the line, but it feels as though Newcastle United are getting to where their owners expect them to be, and that they may even be somewhat ahead of schedule. Because while the start of the new season can be unpredictable and there is certainly still a very long way to go, Eddie Howe’s team are certainly giving the impression of catching up with the teams that they intend to make their peers. Money talks, but it can shout when it’s spent well.