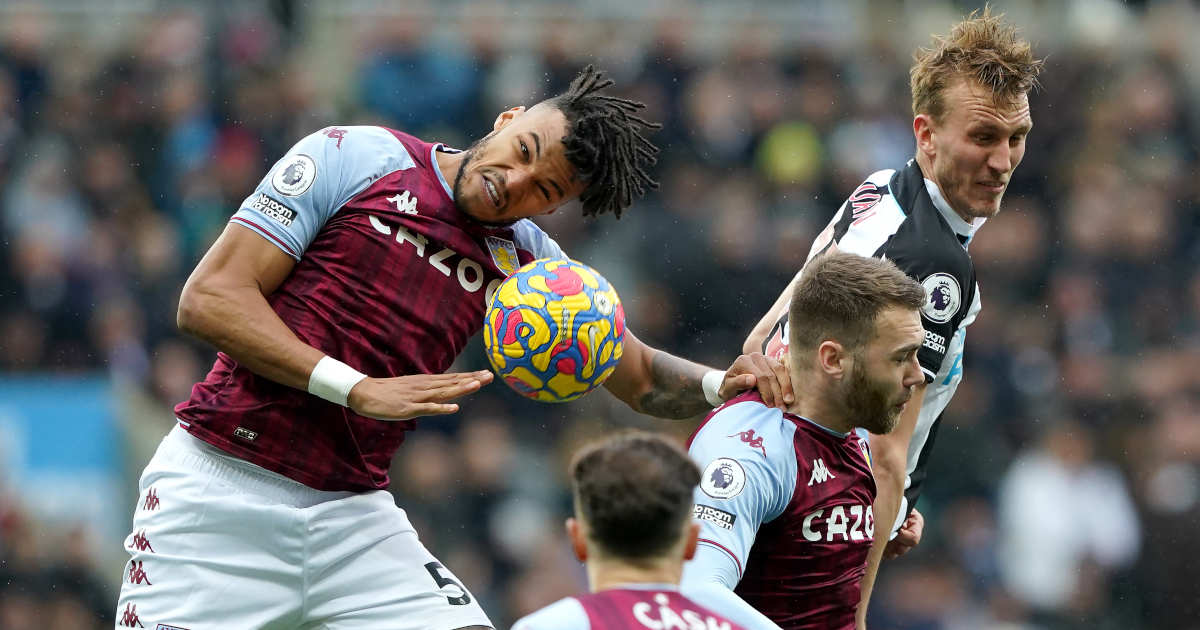 Newcastle United looked decent against Everton, but had to dig in against an Aston Villa side who couldn’t quite get going at St James’ Park.

A third win a row for Newcastle United for the first time in almost three and a half years, and there is now a four-point gap between them and the relegation places. Money talks, but against Aston Villa at St James’ Park, they ground the win out rather than inflaming any particular senses, as they had done against a shambolic Everton team in their previous match. And these are the victories they need if they’re get over the line and retain their Premier League status come the end of the season.

Before kick-off, this match had many points of intrigue. Aston Villa’s performance in their last home game against Leeds United had been Jekyll and Hyde distilled into 90 minutes, with thrilling attacking performances by Jacob Ramsey and Phillip Coutinho just balancing out the lackadaisical defending that saw them spurn a two-goal lead.

Newcastle came into the fixture off the back of that comfortable win against an Everton team which apparently now can’t decide whether it wants to get relegated or not.

But the first half was a tepid, distracted 45 minutes, strewn with lengthy delays and interruptions. With half an hour played, Newcastle thought they’d earned themselves a penalty when a clumsy tackle by Calum Chambers on Joe Willock led to the referee pointing to the spot. After another lengthy delay while the video assistants deliberated, their decision was to award a direct free-kick on the edge of the area.

It provided something of a contrast: Aston Villa meticulously lined up their wall with John McGinn laying along the bottom as a draft excluder, before Kieran Trippier thumped the ball as hard as he could straight through, like a cannonball destroying a castle’s defences.

A little on the lucky side? Well Emi Buendia’s knee would probably agree, but it was difficult to argue that Newcastle didn’t deserve their lead. At least they were showing some aggression and heart, while Aston Villa played much of the first half as though they’d left theirs at home. Much as the hysteria that has been greeting every Newcastle match since crowds returned was a millstone around the neck of the team when they were struggling – if a player’s confidence and form are low, 50,000 people hurling abuse at them might be cathartic, but it would be a stretch to call it ‘support’ – now they’ve spent more money than any other team in Europe in a transfer window, it starts to look like something more positive.

But Newcastle’s confidence remains brittle. Two minutes into the second half, Trippier left the pitch injured and the volume inside St James’ Park dropped. Aston Villa started to impose themselves on the midfield as Newcastle struggled to reorganise themselves. They had a huge let-off after an hour – well, 63 minutes, by the time they’d had an interminable wait for someone to make a decision over it – when Ollie Watkins had a goal chalked off for the sort of offside call that makes you wonder whether this is what was in mind when it was first introduced.

Although Villa didn’t find it particularly difficult to retain possession, the stop-start nature of the half made it difficult for them to establish much of a rhythm. Newcastle’s shift to a five-man defence seemed to throw a blanket over their attacking aspirations throughout the closing stages. When they did manage to get the ball within sight of the Newcastle penalty area, a pass was over-hit, a cross resulted in an offside flag going up, or another lackadaisical piece of movement would lead to something potentially promising breaking down. Coutinho and Ramsey were effectively absent.

The whistling started shortly before the 90 minutes were up, even though there didn’t seem to be any particular reason for Newcastle supporters to be nervous. Aston Villa may have put the ball in the Magpies net once in the second half, but they didn’t create anything of note in the 35-odd minutes that followed. It is notable that in seven minutes of stoppage-time, Allan Saint-Maximin was the only player to muster anything like a chance with a slightly tired shot that didn’t trouble Martinez but still counted as Newcastle’s second on target.

Saint-Maximin, for all the money spent in January, remains the heartbeat of this team, a source of optimism every time he takes possession. Every time he picked up the ball in the middle third of the pitch, the atmosphere around the ground was transformed, rising steadily as he surged towards the Aston Villa penalty area. He didn’t manage a goal in this game. Saint-Maximin has never been a great scorer: his career best is six with Nice during the 2018/19 season. But he remains Newcastle’s catalyst, the player best qualified to convert the potential energy they produce into something more kinetic. The money spent on him was certainly well spent. It was, ironically, done so by Mike Ashley.

But they did enough, and that’s what matters right now, especially in a fight to avoid relegation. It might be argued that, considering they spent more in the January transfer window than any other club in Europe, that is the absolute least that anybody should be expecting from them at the moment, but money on its own doesn’t build a team with the stomach for a relegation battle. Eddie Howe is coaching them in the right direction, and by winning these games and building up that little bit of breathing space, Newcastle United are buying themselves a little less drama and hysteria later in the season, both literally and figuratively.