No Cavani or Mbappe, but this transfer window's been far from the expected damp squib. 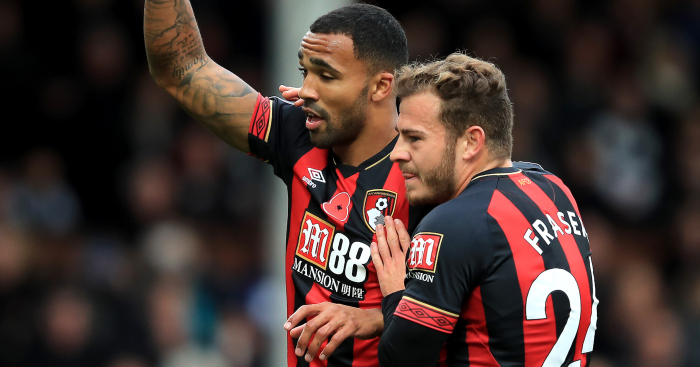 The failed takeover still weighs heavy. The Saudi-backed cloud that was close to shrouding Newcastle at least provided immense hope. Under the gloom of Mike Ashley the fans can’t help but feel miserable, undervalued and unheard. But Newcastle’s business this summer looks as though it will provide linings more silvery than almost anyone would have imagined a month ago.

The fans will struggle to lift themselves out of a what-might-have-been slump, having allowed themselves to dream of Edinson Cavani and Kylian Mbappe in those black and white stripes. But with three excellent signings close to being completed, and Jeff Hendrick already secured on a free transfer, this window has been far from the expected damp squib.

Callum Wilson has arrived for £20m from Bournemouth, from whom free agent Ryan Fraser is expected to join, with Norwich’s Jamal Lewis set to move for £13.75m.

They may not be quite the star names they had in mind when the takeover was still on, but all three have been targeted by Big Six Premier League clubs in the last 18 months. They are proven Premier League-quality players, all of whom significantly improve Newcastle’s starting line-up, and mean they should be looking up the table and targeting a top-ten finish, rather than worrying about another drab season with lingering concerns of relegation. They are smart, dependable signings.

Newcastle United are a baffling club. A summer of further Mike Ashley misery and now Callum Wilson, Jamal Lewis and Ryan Fraser, all of whom are excellent signings.

Steve Bruce split opinion last season. His homecoming was met with disdain from the majority who saw the replacement of a world-class manager in Rafa Benitez with someone seen as little more than a placeholder, as another acceptance of mediocrity and a lack of ambition.

But he did better than expected. Not brilliantly, but given the constraints and people’s slightly odd desire to see him fail, Bruce will be happy with his and his team’s performance. The bosses appear to agree.

The new signings suggest Bruce now has a big say in transfer dealings: something Benitez consistently yearned for while he was in charge. That may be more to do with the calibre or price of the players the Spaniard wanted to bring in, but still.

Bruce was always more likely to look closer to home. And the new boys – all of them British – may be unflashy but they have a degree of certainty about them. Whether Bruce remains at the helm for another six months, two years or five, these are players whose performance is unlikely to waiver whether they’re playing for the man who brought them in or whoever is deemed better equipped to take them forward.

They’ll need little time to settle; they know what they’re doing in the Premier League. These are signings for Newcastle, not just for Bruce.

It will difficult to see the light through the gloom of the sh*t-tinted glasses for some time yet; the failed takeover was a crushing blow for a fanbase who deserved the dream of something better to become a reality.

But while there’s no sign of Neymar in baggage claim at Newcastle airport, the three on their way over the Tyne Bridge offer genuine – if less exciting – signs of progress.