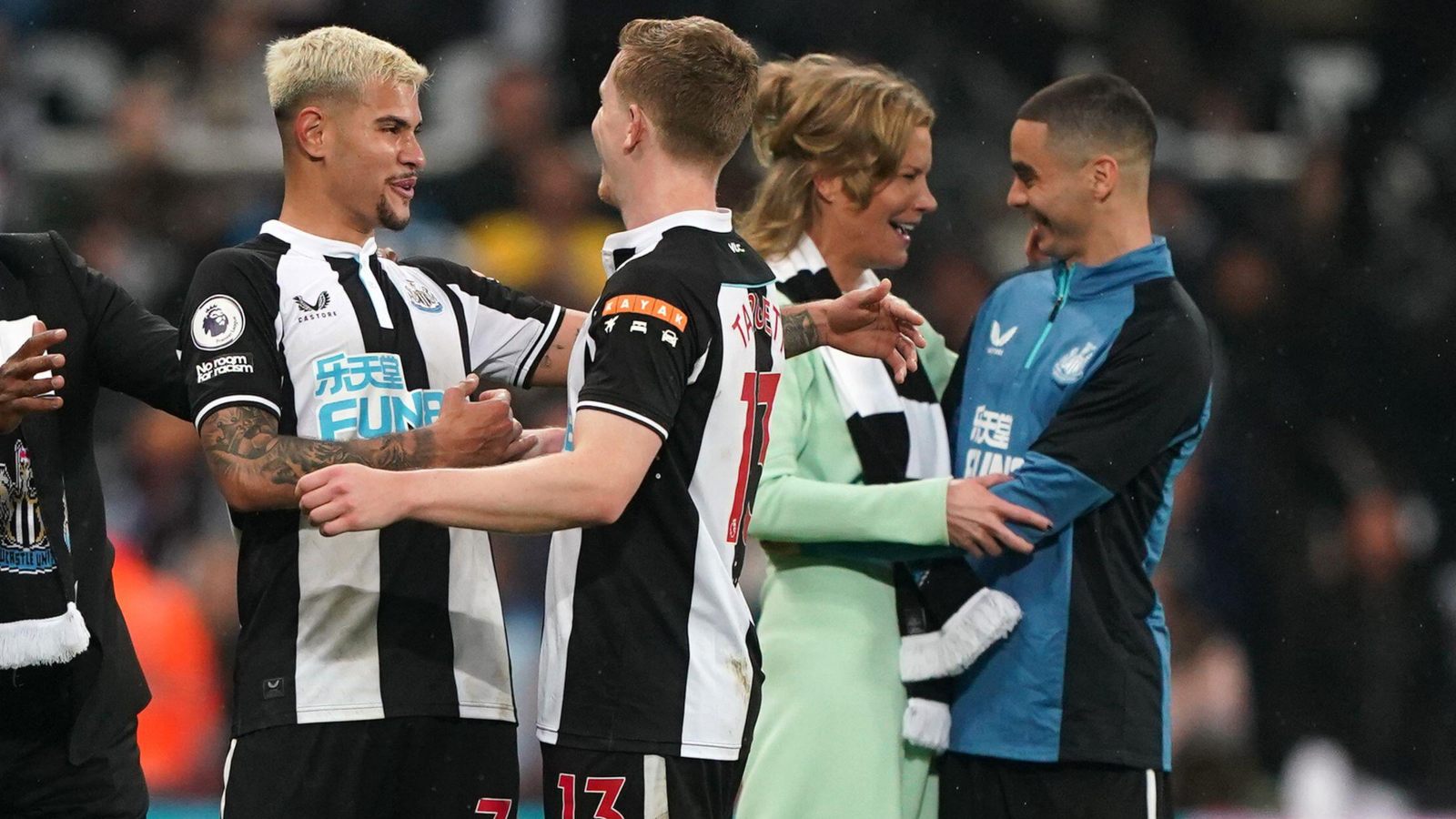 Say what you must about the Saudi PIF – and there is plenty that absolutely must be said and loudly repeated – but Newcastle’s owners are playing a blinder with their football club.

It’s been little over six months since Amanda Staveley strode in to St James’ Park with the world’s most potent chequebook in her briefcase, and the transformation has been stunning.

PIF, Staveley and the Reuben Brothers bought a wreck – a club tearing itself apart with a squad doing the same, showing more fight among themselves on the training ground than on the pitch, all the while tumbling towards the Championship.

Now look at them. A top-half finish sounds unremarkable without the context of the first half of Newcastle’s season. Taking that into account, it is hard to argue against Eddie Howe being named manager of the year.

‘Something special is stirring at St James’ Park. Strap yourselves in,’ came the warning from Newcastle’s Twitter account on Tuesday night accompanied by the latest and grandest of their much-maligned post-victory team photos, this one featuring the players, staff, their families and a backdrop of around 9,000 Geordies on the Gallowgate.

It’s true. As a consequence of absolutely everyone – players, fans, local media, Ant and Dec – with an interest in Newcastle’s fortunes having bought into PIF’s project, something very special is brewing on Tyneside. And it’s all been so easy.

If ever there was a club ripe for this kind of takeover, it was Ashley-era Newcastle United – the run-down focal point of a one-team, football-daft city, full of fans desperate to feel something other than apathy and spite towards the people running and managing their club.

She never gave up hope.

Apologies if that tweet prompted a reappearance of your lunch, but it is little wonder Staveley remained so determined to get a deal done, even while the Premier League offered the impression of resistance for as long as it had piracy concerns over its product in Saudi Arabia. Staveley could see the opportunity. Couldn’t everyone?

Granted, not everyone has PIF’s means or motivation to rinse away Ashley’s legacy and everything else they hope might come out in the wash, and having been left the textbook on how not to run a football club, Staveley and her cohorts could hardly fail in the first phase.

They haven’t put a foot wrong yet in the eyes of the majority of Newcastle fans, and the adoration from the north east towards their Saudi overloads has empowered the owners to push their luck a little. The Saudi-themed third kit for next season is evidence of that. Some Newcastle fans feel a little uneasy about it; most don’t care; plenty more will buy it to wear with tea-towels on their heads.

Ian King: Are the Saudis running a Newcastle shirt up a flag-pole to see if it will fly?

For as long as Newcastle’s owners say the right things and do the right things in terms of their football club, it is hard to envisage the spirit that has been generated on Tyneside dissipating. And that, for all the money and oil in Saudi Arabia, is the most powerful force behind Newcastle right now.

We have seen it elsewhere. Jurgen Klopp has given Liverpool reasons to believe, while Marcelo Bielsa prompted a similar buy-in to Leeds United. While on Merseyside and in West Yorkshire the unifying figure was the manager, on Tyneside, it is Staveley as the face of the Newcastle owners.

As all three clubs have demonstrated, the bi-product of such togetherness is success. Yet so few clubs and owners appear able to harness such energy. Or perhaps they just aren’t willing for fear of losing power.

PIF’s motivation for the project and the somewhat unique nature of Newcastle necessitated that the Toon Army rank and file sign up and buy in straight away. Luckily, so desperate were they for change and some genuine hope, they took little wooing. Had a black-and-white-striped Vladimir Putin waved off Ashley, sacked Steve Bruce, put some money in the transfer kitty and promised a team worthy of the support, some ushanka-clad fans might look the other way over his other interests.

Of course, that would be the idiot fringe which every club carries among their fanbase. But it doesn’t take much to make most fans feel invested. PIF have showered Newcastle fans with the attention they craved, and gestures as simple as Staveley’s husband Mehrad Ghodoussi waving a flag have been lapped up with glee. “If there was a symbol of how far we’ve come in the last six months, that was it,” said Wor Flags member Thomas Concannon.

That serves to highlight how neglected they were during Ashley’s stewardship. More fool him. And no one can blame the Newcastle fans for enjoying their prominence once more, with the atmosphere at St James’ Park every bit as powerful as what you’ll see and hear at Anfield and elsewhere.

There are few clubs in Europe more United than Newcastle right now and, crucially, perhaps none with that harmony coupled with limitless resources to match their ambition. But the togetherness, however it is harvested, is the key ingredient. We are seeing at PSG what happens when that gets forgotten. Staveley and PIF would be daft to make the same mistake further down the line once the honeymoon period passes, while other owners could benefit – and profit – from seeking to replicate the soul-stirring at St James’.