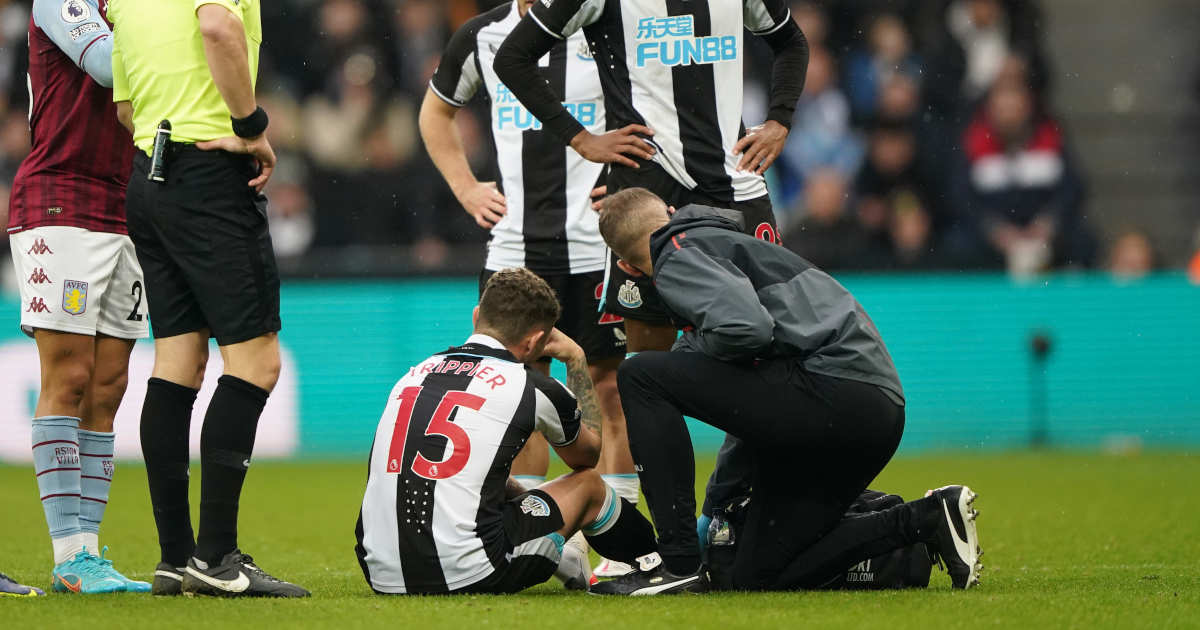 Newcastle United have lost Kieran Trippier to injury, but for all the leadership he’s brought them, this doesn’t have to be season-defining.

It took just five games for Kieran Trippier to ascend to the captaincy of Newcastle United. A bout of illness had left regular captain Jamaal Lascelles absent from their game against Aston Villa, and Trippier – who had already been installed as vice-captain – was the only choice to replace him. But a couple of minutes into the second half, the England man went down injured and immediately signalled that there was a problem. With the armband handed to Jonjo Shelvey, Trippier limped away. And a little bit of jeopardy entered Newcastle’s season again.

For all the talk of bringing the world’s best players to Tyneside, the £13.5m signing of Kieran Trippier from Atletico Madrid has been the catalyst to set their season alight. He was unfortunate enough to make his debut in the 1-0 home defeat against Cambridge United in the FA Cup, but his performances in the following games grew increasingly authoritative, and his two goals – the nerve-settling third goal in their 3-1 win against Everton and the only goal of their game against Aston Villa – helped to secure six points and little bit of breathing space between themselves and the three clubs below them in the Premier League. Even if Trippier wasn’t to kick another ball in anger this season, his contribution may already have been a huge step on the way to avoiding relegation.

The broken bone in Trippier’s foot – his fifth metatarsal, for those who care for such detail – will rule him out for what is now an indeterminate number of matches, with the average recovery time for such an injury being 80 days. And this presents a problem for Eddie Howe which can’t just be waved away with Saudi money. The transfer window won’t be reopening until the end of this season, so clubs are now stuck with the personnel they already have. Howe will have to reach back into the Before Times to find a replacement for Trippier for what could be the majority of the relegation run-in.

But who does Howe choose to replace him? His first choice is unlikely to be able to step straight into the team. Javier Manquillo was picked for the Aston Villa game because Matt Targett was unable to play against his parent club, but Manquillo was also withdrawn during that match – just before half-time with an ankle ligament injury.

Otherwise, the most likely options to replace him would be Emil Krafth, who replaced Trippier for the second half of the Villa game but has been inconsistent, Jacob Murphy, who has previously been used as a wing-back and would provide Howe with a more attacking option, Ryan Fraser, who could be shuffled into that position but who would then have to be replaced on the wing, or Targett, who could be a solid option in an unfamiliar position.

There is no question that, of the five players that Newcastle brought in during the January transfer window, Trippier has had the biggest impact. Bruno Guimaraes, of whom great things are predicted, has made a couple of cameo appearances from the bench but is being eased into the first team rather dropped in from a height. Targett has been an assured addition at left-back, and Dan Burn likewise in the centre. Chris Wood has not yet looked like the answer to Newcastle’s previous issues in front of goal, and that is a problem, with Callum Wilson now likely to be out with injury until the last few games of the season.

But it has been Trippier who has been the spark to really ignite Newcastle’s revival. His goals against Everton and Aston Villa have attracted the most attention, but it has been clear since his arrival that his leadership qualities have been substantially valuable to Eddie Howe. His calmness and assuredness has eliminated the tendency that Steve Bruce’s Newcastle team had to give the ball away cheaply – often for free – and the galvanising effect that he has quite clearly brought to the team has been evident. This can continue in training and in the dressing room, of course, but it can’t on the pitch. Not for a while, at least.

So with regards to Newcastle United, we may be about to witness an experiment in the power of positive thinking. It is commonly agreed that everybody on the playing side at Newcastle has raised their game in recent weeks, and it is commonly agreed that Kieran Trippier has been a key component in that improvement. So, can the optimism that has grown around the club continue in his absence? How brittle might it turn out to be? It doesn’t take much to turn an atmosphere inside a football ground bad after all. Might giving Bruno Guimaraes a run in the first team ameliorate concerns that Newcastle may find their going more difficult without the player who seems to have brought them together more than any other? Who knows?

With an international break next month, the best-case scenario for Kieran Trippier is that he will miss five or six matches, but it could be as many as ten. But while this is a big loss, but it doesn’t have to be season-defining. It’s hardly as though there aren’t other characters in that team, such as Alain Saint-Maximin, and the standard at the bottom of the Premier League has not been especially high all season, so how equipped Burnley, Watford and Norwich are to make up even that deficit is already open to question. Even though that four-point gap might not look now quite as unbridgeable as it did before, Newcastle should have enough in reserve to make do and mend in his absence.