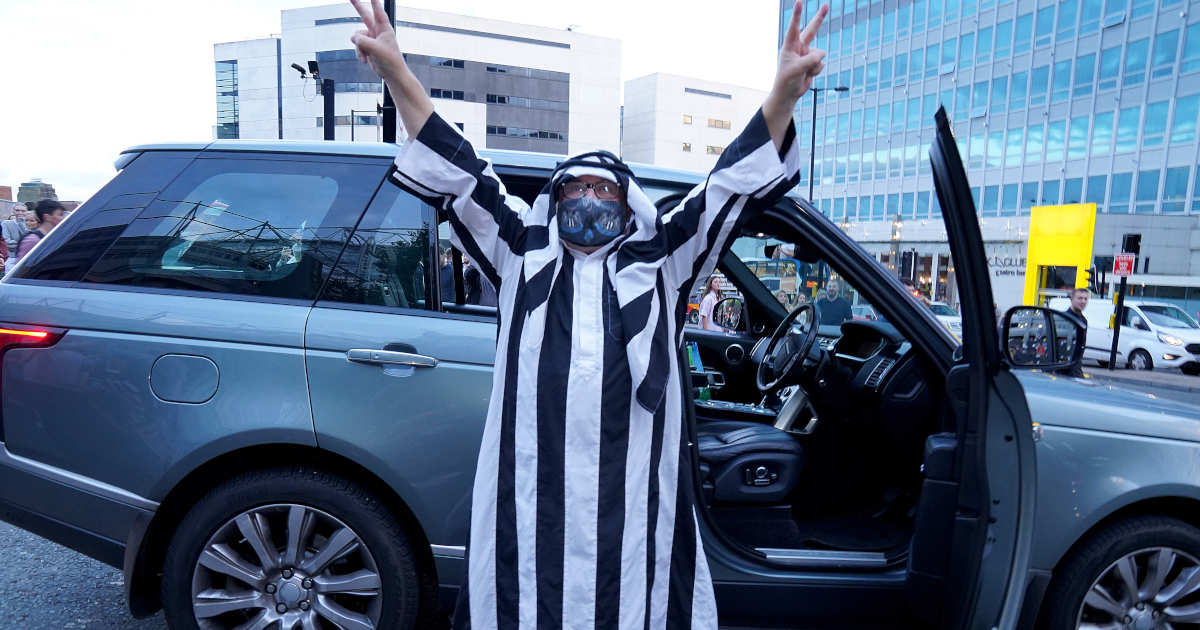 The coming battle over related party sponsorship deals between Newcastle and the Premier League is a fight that neither party should ‘win’.

The battle lines, then, are starting to form, with Newcastle United and possibly Manchester City on one side and the rest of the Premier League on the other. The first front is going to be related (sometimes called associated) party sponsorships. The Premier League has voted to subject these to new rules. Under the proposals, the mechanism used to monitor the value of commercial deals will involve an evaluation by an independent assessor, clubs’ own assessment of their value, and the creation of a data bank containing anonymised information about previous Premier League sponsorship deals. The system will be set up so that the Premier League board can decide on deals without having to access commercially sensitive information.

The vote was passed by 18 of the 20 clubs, but two didn’t vote in favour and one of those, Newcastle United, have already threatened legal action. It has been reported that Newcastle director Amanda Staveley sent a lengthy email to all other Premier League clubs last week saying that the sponsorship rules would be open to legal challenge as they are ‘anti-competitive’. It’s not known whether this message actually explained in what way these new rules were ‘anti-competitive’, or whether Newcastle’s legal advisors are just suggesting Staveley play hardball from the off, to seek to get these proposals watered down at a later point.

Under the proposed new rules, any new sponsorship deal for Newcastle would be checked against similar deals by similar-sized clubs, and it would have to be of a similar value to those paid to clubs of a similar profile. At the same meeting, it was also agreed that there would be full transparency concerning salaries and other payments to players, managers and staff, and that clubs will no longer be permitted to make secret payments via related companies. That was alleged to have happened while Roberto Mancini was the manager of Manchester City, although City did claim that the emails upon which those allegations were made were taken out of context and based on hacked messages.

The logic behind the proposed new rules is pretty straightforward. Currently, Financial Fair Play rules allow clubs to make a loss of £105m over a rolling three-year period before becoming subject to sanctions. As we’ve already seen, Everton have had to slash their spending to stay within these rules, following several years of financial profligacy by the owner of the club which doesn’t even really appear to have done them a great deal of good. But by increasing their revenues by signing sponsorship deals from tame companies, clubs can increase the amount of money that they can spend before they have to start dipping their toes into that £105m allowable loss, and this would likely give them a definite advantage in the transfer market, should other clubs be playing it straight and trying to stay within those rules.

And the threat to other clubs should be pretty clear. The bottom of the Premier League may well be congested by the end of this season, and narrow margins could cost three clubs tens of millions of pounds of revenue, should they fall through the trapdoor and into the Championship. Why, they might reasonably argue, should those fortunate enough to have landed themselves new owners who are richer than Croesus be allowed to sign phantom ‘sponsorship’ deals in which the main aim is to shovel as much money as possible into a football club while circumventing Premier League rules?

This isn’t only a matter of the betterment of Newcastle United, because Newcastle United do not exist in a bubble. At the bottom of the Premier League, the betterment of any one club is the detriment of another, and rivals at the foot of the table might well argue that it is extremely anti-competitive to be put in a position in which they are suddenly having to compete financially with a club with the resources of a Middle Eastern petro-state. Longer term, the bigger clubs are said to be uneasy at another parvenu sniffing around after a Champions League place. Four goes into seven even worse than it does into six.

Of course, none of this means that the other Premier League clubs are in any way The Good Guys in this situation. They reasonably stand accused of rank hypocrisy over this when the entire formation of the league was about perpetuating inequality. We should never forget that the Premier League’s entire raison d’être was to keep all the television money that it used to have to share with the rest of the Football League.

And most of the ‘big five’ of the time didn’t even really want to share it with the rest of the clubs in their division. Their preferred option was a Premier League television contract with ITV that would have guaranteed them the lion’s share of the money, because the ratings-dependent ITV needed the biggest audience-attractors, but those clubs didn’t have the numbers to carry the vote. One of that ‘big five’ was Spurs, and they voted for Sky. Alan Sugar had the contract to make Sky boxes and satellite dishes through his company, Amstrad. We should certainly not forget that it is vanishingly unlikely that the other Premier League club owners are acting out of anything other than their own self-interest.

Perhaps it’s inevitable that, as football continues its transition towards becoming a corporate business, more matters will end up in court, and the government faces furious lobbying from clubs who want to keep their management in-house; as ever, entirely for selfish reasons. But that’s the heart of that conversation encapsulated, really. It’s a conversation over what we ultimately want football to be. The irony is that when it comes to that overarching question, the Saudis and the Premier League are almost certainly on the same side.