Home F365 Says Nketiah may not be *the* answer for Arsenal, but he can compress Arteta’s ‘process’ 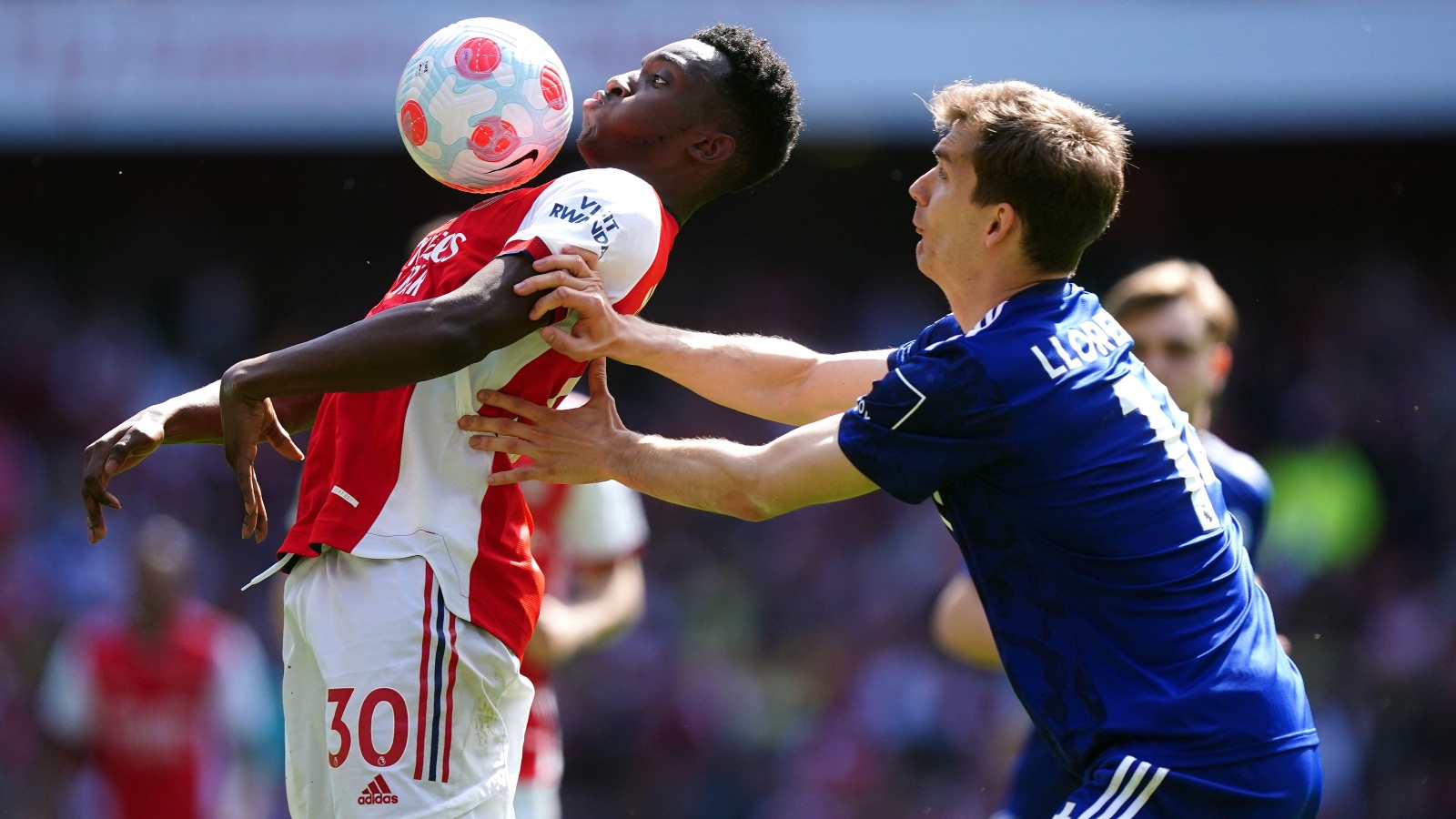 Arsenal still need a new striker, but Eddie Nketiah was excellent again and his departure would lead to an unnecessary extension of Mikel Arteta’s Arsenal ‘process’.

We are at risk of extreme recency bias here. Nketiah scores a couple of goals and he suddenly becomes the answer for Arsenal, having showed no real previous sign of being up to the task. We’re not saying it’s that cut and dry; Arsenal will need to sign a new striker whether Nketiah stays or goes. The problem is persuading him to stay.

And the 22-year-old may now be more willing to do so. Arsenal are said to have made numerous offers of an extension, with the striker’s desire to leave, in his own words, because he wants to “play football and play regularly.” He’s now started five Premier League games on the bounce, playing a key part as Arsenal have asserted their authority in the race for Champions League qualification.

His five-minute brace against Leeds illustrated perhaps his two finest qualities: work rate and finishing. Illan Meslier really shouldn’t have given Nketiah the opportunity, but as the Leeds goalkeeper dawdled, the Arsenal striker chased him down and tackled in the opener. Moments later, Nketiah was sweeping Gabriel Martinelli’s pullback into the corner of the net – a ‘proper striker’s finish’ if ever there was one.

He’s quick, makes smart runs and is routinely in the right place at the right time. He just looks like a very decent Premier League striker, and despite being frequently told how much potential he has, this is the first time we’ve truly been given the opportunity to see it.

Mainly due to what was seen as a misstep in not signing a striker in January, combined with Alexandre Lacazette’s woes in front of goal, Nketiah is the main man at Arsenal for the first time in his career. The question for him, Arteta and the club is whether this run of form is a parting gift or the start of something greater.

Arsenal will still target a new striker in the summer, but particularly given next season will stretch their squad to a far greater degree due to European commitments – whether in the Champions League or Europa League – Arteta will need at least two quality options in every position, hence their desire to keep Nketiah at the club.

The academy graduate is presumably after assurances over his involvement. He would be naive to think he will be in a position to hold down a starting spot unchallenged, but will want a fair shot and not immediately be jettisoned to the bench when Darwin Nunez, Lautaro Martinez, or whoever arrives in the summer. Should he continue to perform well and score goals at the start of next season, he should retain his place in the team, just as he has done this term.

Should Nketiah leave for free, the continuing rebuild at the Emirates will require Arsenal to splash out on two strikers, when they still require reinforcements in most other areas of the squad. How much would they have to spend to replace a striker of Nketiah’s quality? £20m at least, which on top of the cash required for a first choice, would likely mean an outlay of £70m-£100m to fix one position.

That could mean they can’t sign a new full-back, or spend as much on a new central midfielder. In essence, Nketiah’s departure will likely leave them short in one area of the squad or another and extend Arteta’s ‘process’. Nketiah may not be the answer for Arteta and Arsenal, but his departure would bring about a conundrum they could do without.