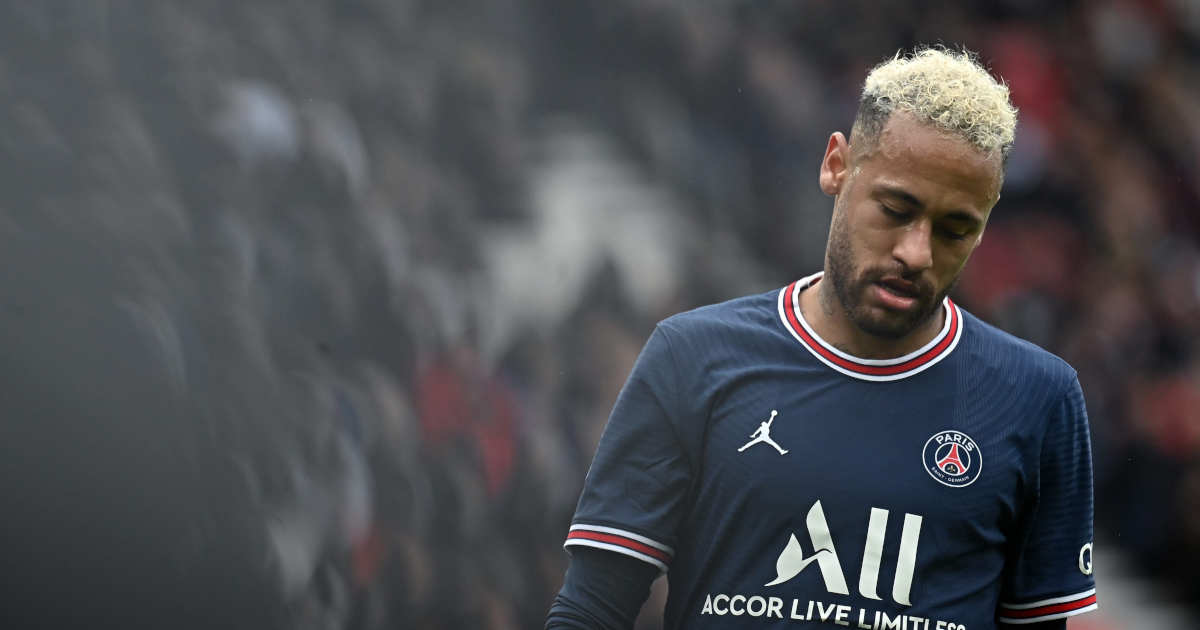 The elimination of PSG from this year’s Champions League has dropped an already dysfunctional club to a whole level of unhappiness.

It’s probably fair to say that they haven’t taken the news very well. Since losing 3-1 to Real Madrid in an act of Champions League self-immolation not previously seen since their last one, Paris Saint-Germain have been in a state of crisis. The hidden costs of running football’s equivalent to the Harlem Globetrotters has become increasingly evident. And those of us watching this all unfold from the sidelines can only look in wonder at yet another example of how money doesn’t necessarily buy happiness.

The high jinks started the moment the final whistle blew at the Bernabeu, with PSG president Nasser Al-Khelaifi and sporting director Leonardo going immediately to the referees’ room to complain about Real’s first goal. Of course, the word ‘complain’ is doing some fairly heavy lifting there. They were initially unable to find the officials, but sources claimed that once they had found the referee’s dressing room, they began to bang on the door. Security staff were required to remove them and calm the situation down. It was not the first time that Leonardo has been involved in something like this.

It seems likely that at least Leonardo will end up paying for this with his job. He’s been with the club in this position since 2019, but there had been reports of tensions between him and Al-Khelaifi in the French newspaper Liberation last year. This latest fight – even if they were on the same side – seems likely to end those ties.

It has been suggested that PSG might be considering talking to Fabio Paratici about the position. Spurs supporters are less unhappy about this than most might expect; their record in the transfer market since Paratici arrived in north London has been patchy to say the least. Al-Khelaifi, Leonardo and the club, meanwhile, find themselves on the end of an investigation by UEFA’s Control, Ethics and Disciplinary Body over their behaviour. Elsewhere, there were rumours of a dressing room fight after the match between Neymar and Gianluigi Donnarumma, though these have since been denied.

All of this made for a peculiar atmosphere at Parc des Princes for their next match, back in Ligue Un against Bordeaux. Top of the table at home against the team that is currently bottom should have made for a fairly run-of-the-mill afternoon for PSG. So it proved in some respects, with the home side winning 3-0 without really having to break out of second gear. But PSG are some way from being a ‘normal’ football club, thus the story of the afternoon turned out to be the reaction of the supporters to the PSG players.

It was unlikely the team that self-combusted as spectacularly as PSG did in Madrid would be afforded a welcome home fit for heroes, but the reaction of the home support offered a further demonstration of just how dysfunctional this club is. The team was met with boos and whistles as they took to the pitch; this continued for much of the match, with particular ire reserved for Lionel Messi and Neymar, the latter whose goal – PSG’s second of the match – was barely even greeted with a cheer.

Kylian Mbappe, who we might reasonably assume to be ‘one of their own’, escaped this abuse, but the fact that it was aimed at the two players who were supposed to be the final sprinkling of stardust that would guarantee taking the European Cup to Paris for the first time is striking.

The feeling of discontent didn’t end at the final whistle against Bordeaux either. Parc des Princes was graffitied with messages reading: ‘Leonardo/Nasser, far from us’, ‘Paris will never be Qatari’ and ‘Paris is ours’. PSG ultras had already issued a message of their own which concluded by saying:

‘Our Paris Saint-Germain deserves people who serve it, not people who are served by it. Against Bordeaux on Sunday, we will show our displeasure and we ask everyone who loves this club, who will be present, to unite with our non-violent action.

‘We will remain mobilised until genuine, large-scale changes have been made. We do it in the greater interest of a club, not a brand, not a marketing product.’

It is striking from all of this chatter how little Mauricio Pochettino has to do with any of it. Pochettino has been criticised just as much as anybody else, but with his departure at the end of the season now seeming all but certain, perhaps there is an assumption on the part of all concerned that what he says or does before then is of little to no relevance to the club’s long-term ambitions. PSG will win Ligue Un – they’re 15 points clear with ten games to play; failure to win the title from here would be a level of ball-dropping of unprecedented levels – but the likelihood that he will be in their plans beyond that seems remote to the point of inconceivable.

People have been telling stories of how money doesn’t buy happiness for hundreds of years, yet somehow we seem resistant to this message. PSG have all the money they could ever realistically wish for, and complete domination of one of Europe’s biggest and most iconic cities. Having rejected a move to Stade de France, they intend to increase the capacity of Parc des Princes from 48,000 to 60,000, so a stadium befitting all that money will likely materialise at some point.

But there comes a point when it’s fair to ask: why are any of them bothering with it? Nobody – not the owners, the coaching staff, the players or the fans – seem to be very happy with PSG at the moment, and there seems to be little policy beyond throwing obscenely vast amounts of money at ill-fitting trinkets which give the impression of greatness, while the trophy that may validate those aspirations remains as far from reach as ever. They’ll probably get there in the end, but perhaps in the meantime they can take some consolation from the fact that the rest of the planet continues to take so much pleasure from their hapless attempts to cement their dominance in European football.