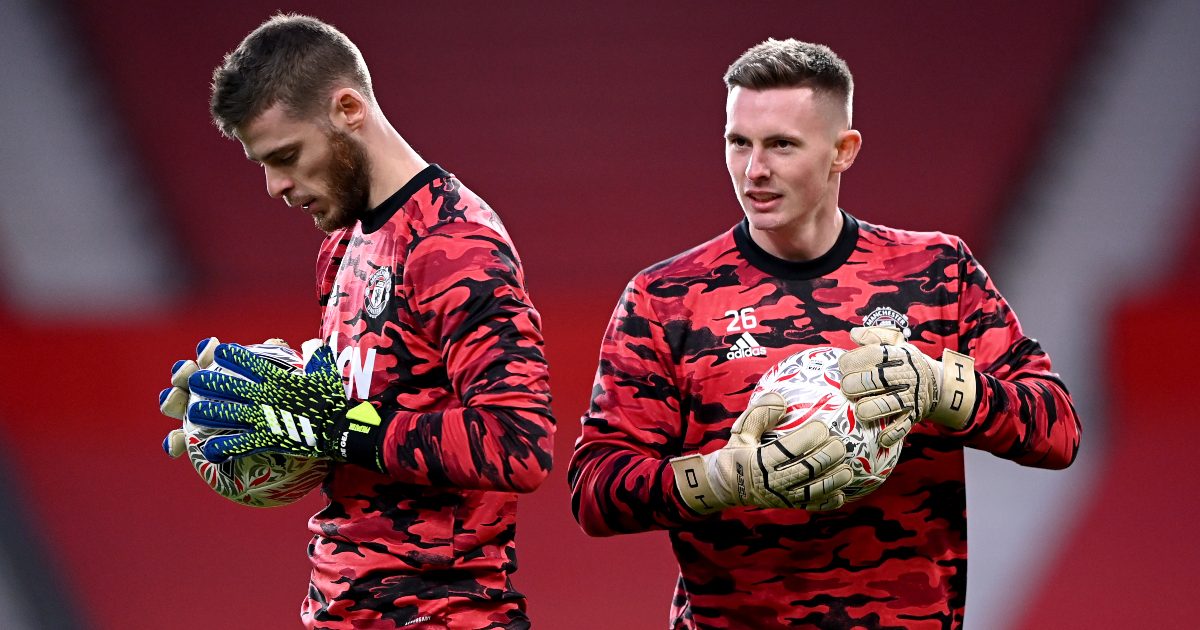 After 61 rounds in the heavyweight bout for the title of Manchester United’s No.1, the scorecards are finally in. And, frustratingly for Ole Gunnar Solskjaer, at first glance they appear to be tied.

With a re-match impossible owing to the ambitions and pride of both David De Gea and Dean Henderson, Solskjaer has to make a judgement call. The prospect of the title remaining vacant appears increasingly likely.

Neither De Gea nor Henderson has earned Solskjaer’s complete faith. De Gea has edged the fight for most of the season, with the Spain stopper keeping Henderson at bay until he returned to Spain for paternity leave.

That gave Henderson the opportunity he was patiently waiting for. Did he seize it? Not convincingly enough, it would seem.

The Cumbrian conceded only six goals in 11 games – which featured only one defeat – and he was a steady presence in Solskjaer’s sticks. Until the visit of Liverpool earlier this month.

One mistake against the Reds last season in Sheffield United’s goal made Henderson fear for his career at Old Trafford, but two in the 4-2 defeat to Jurgen Klopp’s men appear to have done the real damage.

Solskjaer has since continued to rotate but his selection for the Europa League final was billed as his final judgement. And it was De Gea who took the gloves.

That verdict, and the decision not to introduce Henderson for the penalty shoot-out despite his superior track record in stopping spot-kicks – a scarecrow’s stats would be comparable to De Gea’s – must have led to some difficult conversations between the manager and the England keeper, and subsequently Henderson and his agent.

For Henderson, it was a tough audition to pass. To shift De Gea, he needed to impress. As Rio Ferdinand suggested in the wake of the Europa League final.

“I just don’t think Henderson has done enough to drag the No.1 shirt off De Gea,” he told FIVE. “If he came in and set the world completely alight, you’d have no problems making him No.1. But I don’t think he’s come in and hit everyone between the eyes with his form.”

That’s a tough criteria for a goalkeeper to meet. When stoppers start looking for opportunities to shine, that is when decision-making becomes skewed. For the most part of his 12-game trial, he was solid, if not spectacular. But keepers cannot manufacture those moments to stand out.

They can, though, avoid mistakes and the couple against Liverpool came at the worst time against the worst opponent. It would be harsh if that defeat proves to be Henderson’s downfall, but such is life in United’s goal. As Gary Neville pointed out, that particular job ‘is the most scrutinised in football’.

Does De Gea then retain the role by default?

His form too has been a concern. Since long before every Villarreal player scored past him in Gdansk.

This season, in terms of save percentage, De Gea (67.1%) ranks 17th among the established No.1s, while xG suggests he’s stopped marginally fewer of the shots that he might have been expected to stop. Henderson’s numbers aren’t much better in that regard, especially when you consider that 20 Premier League keepers have outperformed both.

With De Gea, the aura of invincibility is gone. Before he signed his new contract, the Spain stopper was for a while the best in the world. Now he’s no longer the best in Spain. Or Manchester. Or perhaps even Carrington.

That new contract, though, complicates the issue. De Gea is currently on Alexis Sanchez money. His contract now is beyond the means of any club on the continent outside of Paris. Perhaps he might sacrifice some of his £375,000 a week to go back to his homeland to settle with his partner and baby daughter. Otherwise De Gea, quite reasonably, will expect to be paid the full £19.5million over the duration of his deal up to 2024, regardless of his status in United hierarchy of glovemen.

The Glazers and Ed Woodward will not have that. If their highest-paid player’s primary purpose is as a feeder in the pre-match kickabout, they will look to move him out as a makeweight or on loan in the hope of clawing back as large a slice of his salary as they possibly can. Either play him, or pay him to play elsewhere.

Henderson would be much simpler to shift, even in a small market for goalkeepers this summer. To move De Gea on, it will require some creative thinking, the kind that has been mooted on Friday morning.

Using De Gea as a makeweight in a deal for Jan Oblak makes sense from United’s perspective, and the prospect of returning home to settle with his partner and daughter is one that might make De Gea more flexible over his terms.

Oblak would certainly be an upgrade on United’s current goalkeeping options, as would Gianluigi Donnarumma, who becomes a free agent, with the only caveat that Mino Raiola is his representative. Raiola is unlikely to park the Italy No.1 at Old Trafford for anything less than De Gea’s astronomical salary.

Regardless, it is a headache Solskjaer did not need. There are plenty of areas for United to strengthen and the assumption was the security of their goal would be in safe hands this summer. But now it comes down to a straight choice between De Gea or Henderson, Solskjaer would be justified in opting for neither.