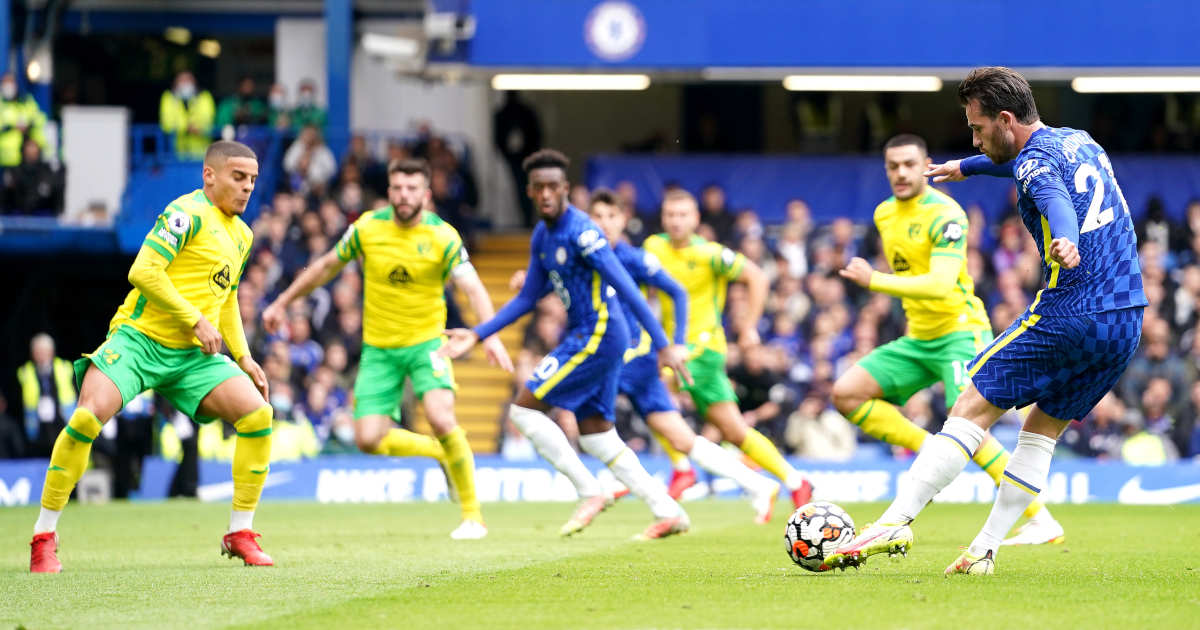 Norwich City are bottom of the Premier League after a ghastly start to the season, but there’s still time for them to salvage survival.

It was bad, and it’s impossible not to acknowledge that. In losing 7-0 at Chelsea, Norwich City seemed to encapsulate every negative word that has been written about them since the start of the season. Chelsea, who hadn’t been firing on all cylinders over the previous couple of weeks, ran riot from the first minute to the last. There have been margins of victory that have been greater, but there have not been many better examples of the differences between the Premier League’s haves and have nots in recent years. It was a result that left Norwich adrift at the bottom of the table with two points from nine matches, having scored the fewest goals (two) and conceded the most (23) in the entire division.

The reaction of the pundits on BT Sport was swift and harsh. Joe Cole suggested that “it needs a fresh voice in the dressing room,” that Daniel Farke “is obviously talented…but I look at them and there was no fight and no passion from the players,” and that “at times it looked like Chelsea were playing against under-18s in terms of physicality – it was men against boys.” Chris Sutton added that: “It’s the manager’s job at half-time, when you’re 3-0 down, not to suffer – I don’t know if delusion is the right word – to think you can go toe-to-toe with Chelsea.”

This sort of talk had started before the Chelsea match, and perhaps it’s the fact that this particular humiliation was shown on live TV that has amplified it, but the prevailing narrative relating to Norwich has become that this is a club that is happy with relegation from the Premier League, so long as they win promotion back from the Championship the following season. On a superficial level, this an appealing theory. The monetary rewards for getting promoted into the Premier League are such that it’s tempting to consider the possibility that the unscrupulous owners could be tempted to keep the yo-yo going for as long as possible while creaming off any profits for themselves.

On this occasion, the club has reacted, with sporting director Stuart Webber telling the press that: “People talk about a lack of ambition and that is wrong. Our strategy and work might not be good enough, which is why we are languishing behind, but definitely not the ambition of the club.” Webber added that “scandalous things” had been said about his club, and that “we believe we’ve got everything to be an established Premier League club and at the minute we’re not demonstrating that on the pitch.”

It’s not difficult to understand why the club has reacted so angrily to such speculation. Being accused of not being good enough is one thing. There are 20 clubs in the Premier League every season, and come the end of it three of them will be relegated, with the odds dictating that at least one of those will be a newly-promoted team. But to accuse a club of not making the effort to stay up, to be happy to put their supporters through the mill of a campaign adrift at the bottom of the table, is something else altogether. It’s antithetical to the entire point of a football club existing in the first place.

It’s also demonstrably untrue. Webber himself admits that, two years ago, Farke was sent “to war with no gun”, but this hasn’t been the case this time around. Norwich spent £70m on 11 new players during the summer, more than most other Premier League clubs, and while it is clear that the squad of players hasn’t gelled yet, to suggest that their season is a write-off after just nine games have been played seems premature to the point of hysterical.

Already this week, the press has been comparing Norwich unfavourably with the Derby County team of 2007/08, who still hold the record low number of top-flight points since three for a win were introduced in 1981, all of which seems a little premature. Norwich would only need three wins from their remaining 29 games to tie with Derby, and although there is no question that this has been a terrible start for them, there is still plenty of time to recover.

But equally, there’s no question that their next match is an important one. They play Leeds United at Carrow Road and Leeds have been suffering a bout of second season syndrome so far this season, with only one win and seven points from their first nine matches. A win would lift Norwich to five points, just two behind Leeds. With Newcastle United and Burnley being on four points each and facing matches against Chelsea and a still ebullient Brentford a day earlier, they might even go into this knowing that a win would lift them off the bottom of the table, possibly as high as 18th place, and just two points behind Leeds. And no-one has been effectively saying that Leeds ‘haven’t been trying’ so far this season.

Perhaps the best thing that Norwich City can do at the moment is switch off the buzz of speculation, ignore the criticism and carry on ploughing their own furrow. This is a club that has been well-run in recent years, and to be in the position that they are currently in is, somewhat ironically, a position that every club below them would give their right arms to be in. The Championship is a collection of financial basketcases, all straining to the point of desperation for a shot at that Premier League money, and clubs that would consider themselves to be far ‘bigger’ have found it impossible to get anywhere near a place in it.

Nobody ‘wants’ to be a yo-yo club, and the fact that it is so difficult for sides to establish themselves once promoted is more a reflection on the financial disparities that exist within English football than on any particular club. It may yet prove impossible to keep Norwich City in the Premier League this season. The odds are certainly stacked against them. But they’re there in the first place, and that is an achievement in itself. The task at hand is to keep them there and, for all the catastrophic predictions that are currently being made about them, it’s far from over yet.