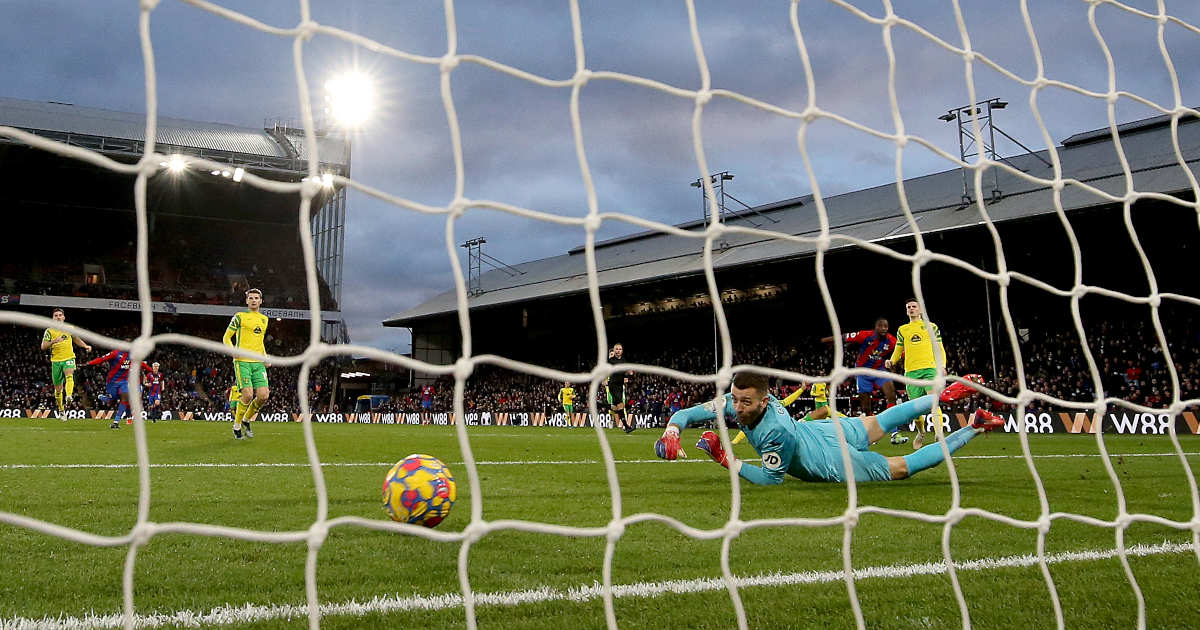 Norwich City have already replaced their manager and may only still be in touch at the bottom of the table thanks to a trick of the light.

The half-term report doesn’t look very encouraging. From their first 19 matches of the season, Norwich City have acquired two wins, both achieved at either end of a heady fortnight at the start of November in the middle of which they sacked the manager who got them promoted last season. They have conceded at least five goals on three occasions, and on one of those they conceded seven. They have ten points from the first half of their league season. Doubling that tally in the second half of this season isn’t going to keep them up, come the end of the season.

So where can they find the improvement they’ll need? They’ve already pulled the trigger on the manager, but the best that can be said for Dean Smith’s stay at Carrow Road so far is that he’s already matched the five points that Daniel Farke managed from fewer games. Unfortunately, arguably Norwich’s biggest problem is that Smith managed this in his first three games in charge of the club and that they’ve now lost the five they’ve played since. They’re still conceding far too early, missing the few chances that they do create, they’re far too porous at the back, and it’s difficult to see where improvement is going to come from.

Any particular doubts concerning the eventual whereabouts of the points against Crystal Palace at Selhurst Park disappeared in the space off 22 first half seconds, after 37 minutes had been played. They’d already had their sloppy moment for the game, Kenny McClean fouling Will Hughes just inside the Norwich penalty area for an early penalty kick that was comfortably converted by Edouard. Like Newcastle, Norwich have a defence which is pretty much guaranteed to make one catastrophic decision per game between them, at least. At this point in the season, you just have to factor it in.

Norwich’s reaction to Palace’s early goal wasn’t exactly stellar, but they created a couple of chances, and it was upon one of these that the first half really centred. At one end of the pitch, a lofted ball into the Palace penalty area found Jacob Sorensen unmarked and four yards out, only for the Norwich midfielder to completely mis-kick the ball when almost any proper connection would have brought them level. Twenty-two seconds later, Jean-Philippe Mateta was rolling the ball into a largedly unguarded Norwich goal to double Palace’s lead. Four minutes later, Jeffrey Schlupp made it 3-0. Game over, with three minutes to play until half-time.

Of course, there is a mitigating circumstance or two. Well, ten, to be precise. Norwich are missing almost a team’s worth of players, and among the ten missing are Teemu Pukki, Todd Cantwell, Max Aarons, Tim Krul and Christoph Zimmermann. But there are further issues. By half-time, Norwich have faced nine shots on target in their last game and a half, and have conceded eight of them, none of which reflects particularly well on goalkeeper Angus Gunn. Elsewhere, Billy Gilmour has now had half a season to prove the gushing talk that there has been of his talents, but is missing the target considerably more regularly than he hits it.

With the result of the match sewn up by half-time, the crowd had to amuse itself for much of the second half. Norwich supporters celebrated an imaginary goal during a break in play. Palace, confident that they weren’t going to come to any harm against this toothless opposition, slowed the play down to a crawl and controlled possession.

The visitors, for their part, didn’t offer too much resistance. They’d created a couple of chances in the first half and failed to score either of them. Why rock the boat further? Palace turned the heat up again a little in the closing stages, as though they’d forgotten how inviting the Norwich defence can be when you have a run at them. Christian Benteke had a goal disallowed for offside, but there was little jeering. The result was already in, and had been since seven or eight minutes before half-time.

If Norwich City are in a deceptive position in the Premier League, then they’re deceptively still in touch with the rest of it. They’ve now played exactly half of their season, the same as Newcastle, but of all the other teams in the bottom half of the Premier League, only Southampton in 13th place have done the same. Norwich are only a point off Newcastle and they’re only one point behind 18th placed Burnley and three behind 17th placed Watford and safety.

The problem for Norwich is that Burnley now have four games in and on them and Watford have two. Newcastle are in as big a pickle as Norwich insofar as their league position and points tallies are concerned, but at least Newcastle have improved under Eddie Howe and have an infinite money cheat code in the January transfer window.

Norwich have no such luxury. They can spend in the January window, but their record from the summer doesn’t exactly inspire much confidence that they’d make the right decisions if they did. They’ve already spun the wheel on the managerial roulette table, and to do so again before the end of this season would be risky, panicky and expensive. Pressing the button on the ejector seat might give a short-term endorphin hit, but it seems unlikely that it would resolve Norwich’s problems.

Sometimes the problem isn’t the manager. Sometimes the recruitment isn’t good enough, and consequently the players aren’t good enough either. There remains a slim possibility that they could click when the injured and ill return, but there was little indicate that this would happen before the players started dropping. It’s difficult to believe that there could be three worse Premier League teams than Norwich City, come the end of this season.