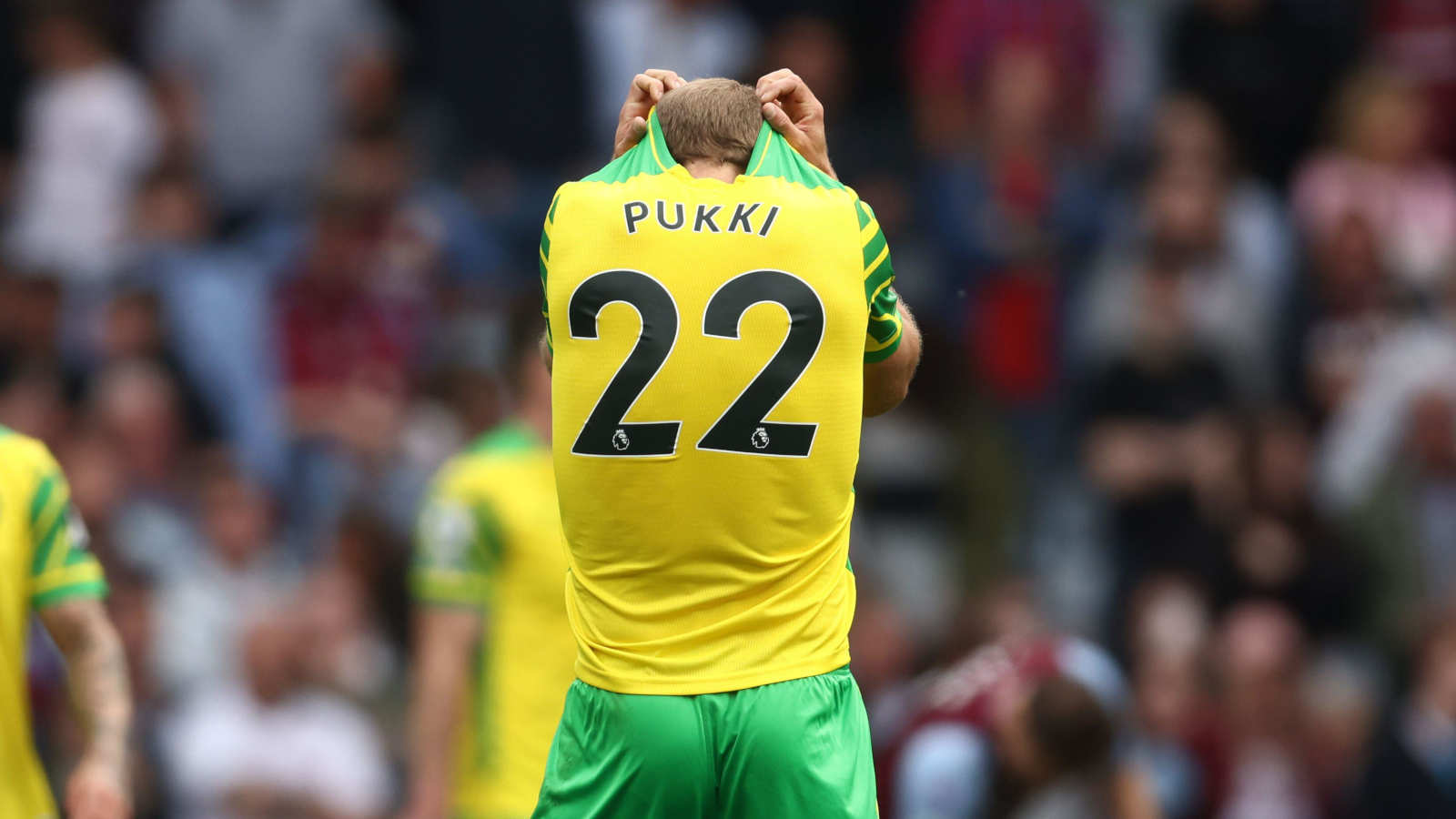 Norwich City are the first side to be relegated from the Premier League – a result of bad decisions, not learning and a lack of decisiveness.

The benefit of hindsight confirms that it was the most temporary of breaks in the cloud. On January 21, Norwich City won 3-0 at Watford. It was their second successive win, following a 2-1 victory against Everton six days earlier, and it lifted them to 17th place in the Premier League table. But less than a week later, Newcastle won 1-0 at Leeds and Norwich were back in the bottom three. They’ve been there ever since, slowly sliding from view.

There is a bitter irony to the fact that their relegation should have been confirmed at this particular venue. Last summer, Aston Villa came for Emi Buendia, who’d been the motor behind Norwich’s return to the Premier League last season. Then, following a start to this campaign which felt ominous from the get-go, Dean Smith took over at Carrow Road having been sacked himself by Aston Villa. Add the extra narrative that Smith is Birmingham born and bred as well as a supporter of the club, and perhaps it was inevitable that the numbers would stop adding up for Norwich at Villa Park.

These numbers haven’t added up since the summer. Three teams have to fall from the Premier League at the end of each season, and it hasn’t really been possible to see how Norwich wouldn’t be one of them since they kicked off against Liverpool last August. Indeed, even the reaction in some quarters that we should ‘disregard’ their first four fixtures because they were against Liverpool, Manchester City, Leicester and Arsenal carried an air of fatalism about it that has lingered ever since.

Fulham and Norwich are opposites trapped in a dangerous cycle

They lost those first four fixtures, and then they lost the next two. Then they picked up two goalless draws, and then they conceded seven at Chelsea. Within that run, we can see the roots of their hopelessness. Teams simply didn’t need to be very good to beat them. The Arsenal team that beat them on September 11 was not very good. The two other games they lost in that initial six-game run came against Watford and Everton, neither of whom are very good.

Daniel Farke paid for the poor start with his job on the morning after Bonfire Night. Replacing him with Smith seemed fairly sensible in some respects. His dismissal from Villa during the November International Open Season on Managers Break felt a little hasty. Farke was sacked after Norwich’s first league win of the season, while they also won their next game, their first under Smith. They were already so far adrift that eight points from four games didn’t lift them out of the relegation places, but it did at least put them back in touch with the other clubs at the bottom.

But this was, ultimately, all a little too much like rearranging the deckchairs on the Titanic to make much difference. Any new manager bounce was fizzling out within a month of Smith’s arrival and, having spent £70m on new players the previous summer, the club remained inert throughout the January window. They’ve won one league match since, a 2-0 win against a Burnley team who were at the time engaged in the death throes of Sean Dyche’s nine years there.

Norwich have won five Premier League matches all season, and 60% of the managers who have lost to them have lost their jobs the next day. The axe fell on Dyche, following on from Rafa Benitez and Claudio Ranieri in January. That the other two managers to have lost to them this season, Thomas Frank and Ralph Hasenhuttl, are among those who have kept their jobs for the whole of it may also say something about the differences in culture between Norwich, Burnley, Everton and Watford, compared to Brentford and Southampton.

It would be an over-simplification to suggest that Norwich’s relegation wasn’t anybody’s ‘fault’. Pre-season was chaotic, and that wasn’t entirely unavoidable, while that £70m worth of recruitment last summer has largely turned out to be money that might as well have been thrown onto a bonfire. The failure to spend money in January may have come about in part as a result of the cancellation of a shirt sponsorship deal with a gambling company following supporter pressure – another sign of an unhappy house. The decision to sack Farke after losing at home to Leeds, eight days prior to them winning their first league match of the season, but then only after that first win, was another self-inflicted wound.

Not learning from previous experiences, bad and ill-thought out decisions, and a lack of decisive decision-making at the highest level, then. As a newly-promoted team, Norwich City already faced an uphill battle to survive in the Premier League, as well as a growing feeling outside the club that they seemed ‘happy’ to bounce between these two divisions, no matter how predictable it all became. This irked many associated with the club, but the regrettable fact is that little we’ve seen from them this season disproves this notion.

Norwich’s relegation should allow them to reset but with a poor culture, lack of identity, low morale, awful agent-led recruitment, squad gaps to plug and a fractured fanbase it’s going to be tough this time. #ncfc

Two minutes into stoppage-time at Villa Park, Buendia’s reverse pass and touch teed up Danny Ings to score Villa’s second goal of the afternoon and end Norwich’s stay in the Premier League in all bar name. Norwich had sold Buendia to Villa at the start of last summer’s transfer window. Norwich will still have an advantage over those around them back in the Championship thanks to parachute payments. But having all that money is one thing; spending it wisely is something else altogether.

Very specific circumstances have meant that match-going Norwich supporters have had a very strange couple of years. Last season there was no-one in the grounds to witness their league title on account of pandemic restrictions. The season prior to that, when the Premier League was suspended in March 2020, Norwich City were bottom of the Premier League. They’d been in the relegation places since October, when they fell to 19th place after losing 5-1 at home to… Aston Villa. In terms of the match-going experience, Norwich fans have been in the relegation places for three games shy of two seasons.

Part of this is structural. Premier League clubs get a minimum of £100m from their television contract, while Championship clubs without parachute payments get around £8m. Is it, therefore, any wonder that there is a strata of clubs who now bounce between these two divisions, unable to find a natural home in either? But this only works as a partial defence in the case of Norwich City. Bad decisions have been made at Carrow Road; bad recruiting choices, indecisive behaviour behind the scenes, and occasionally a lack of the very high standards that the modern day Premier League demands. Perhaps this time around they will learn from their mistakes – they can’t afford not to with relegation now signed, sealed and delivered.