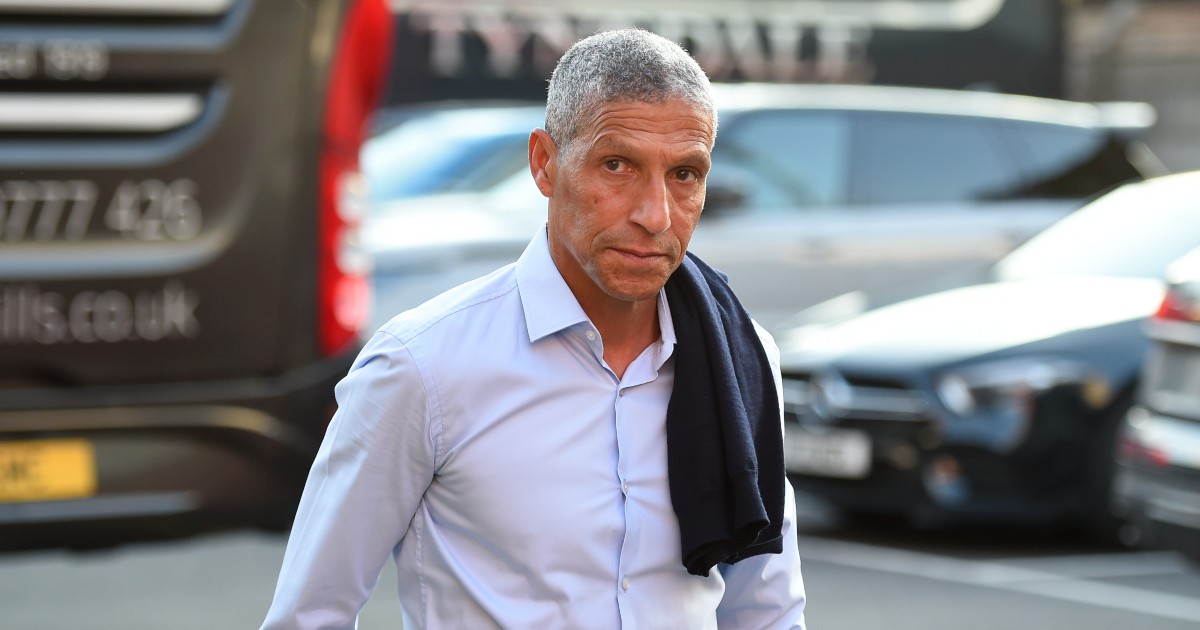 Chris Hughton had to go but it could get a whole lot worse before it gets better at Nottingham Forest. That club is an absolute mess.

It had been coming for a long time. In truth, Chris Hughton’s departure from Nottingham Forest was on the cards from the day he took on the challenge this club poses like almost no other in the country.

While Forest fans far and wide will have celebrated the protracted departure of an experienced manager for whom his final weeks seemed to last an eternity, there is a dense air on the River Trent which carries the mystery of ‘What now?’.

What comes next is an oft-trodden path in this corner of the East Midlands. Hughton’s dismissal confirmed Nottingham Forest would change managers at least once for an 11th consecutive year, and already thoughts turn to who will be the man to suffer the same fate in 2022. New Year’s resolutions mean little to the current hierarchy, who have not only failed to heed the lessons taught to their predecessors, but have even trumped what came before.

Make no mistake: Hughton was not the right man for Forest. The blame for that hardly lies square at the door of the Irishman, whose epic managerial career has the two-time European Cup winners as the exception to his rule of an almost universally successful stint in management. This is hopefully just a blot and not a bookend on his record.

But if Forest were the anomaly in Hughton’s career, then Hughton was anything but the odd one out in Forest’s 21st century portrait. He is merely the latest in a long list of names who have failed to bring anything like the glory days back to a club with such grand history which still haunts the hallways of this historic stadium. The ghosts of seasons and ages past still weigh heavy on the countless current iterations.

Yet again, they will finish December with a different man in charge to the one who began in January. The end goal already this season is to avoid relegation back to the third tier. It is the exact situation in which they found themselves when hiring Hughton following the incredible turnaround suffered either side of the summer of 2020 under predecessor Sabri Lamouchi.

It is this perennial wash, rinse and repeat approach to hiring and firing managers which leaves Forest fans with a permanent sense of déjà vu. It is impossible to move forward when you have an annual pass to square one.

Whether Steve Cooper is the next man up or not is almost immaterial. In the flaming hot seat that is this post, good intentions are just that. Actions are needed to take Forest back to where they want to be. In truth, a club to adore and feel pride in in the second tier is the priority right now. There is no clamour to recapture the best days in the late 1970s and early 80s, nor to even be plying their trade in the top flight.

One small step forwards is absolutely fine, so long as it is not followed by the giant leap backwards that has consistently followed. The initial goal for the new manager is to do what Hughton couldn’t. First and foremost, points on the board are the obvious necessity. Any thoughts of free-flowing play – and should it be Cooper, that won’t be a priority – are an afterthought. Winning and staying in the division is what matters most.

In building this side to be that, the pride and happiness from the fans will return in the direction of the manager, coaching and playing staff, if not the board of directors and ownership. Any success, short or long-term, would be in spite of Evangelos Marinakis and co. rather than because of them.

Hughton’s replacement will not find success easy. Like the former Newcastle and Brighton manager and his many predecessors this past decade, they will have to deal with the Forest deadwood cut down by the axing of previous reigns. It is one of the most obvious and oft-repeated issues at the City Ground: with every new manager comes a raft of signings made in his vision before a new man comes in and those buys are cast aside or made to become square pegs in round holes more often than not.

It will happen again. Three players were brought in on deadline day in problem positions, with Brazilian defender Rodrigo Ely joining even later. None have made an impact. Few have played under Hughton. Like many before them, they have a great chance of becoming cast-offs. A saving grace will be that of the other seven first-team additions made this summer, five are on loan, meaning long-term casualties will not be felt as keenly.

Any smart thinking can likely be attributed to new CEO Dane Murphy, who offers a spark of hope and a ray of light in such dark and troubled Trent waters. Based on history and the law of averages, any good work completed behind the scenes will likely have had the former Barnsley CEO involved.

But those who believe that Murphy’s law alone will change the direction of this club may well wish to readjust their faith. Whereas the former American footballer had an expansive ownership model, data-driven scouting and the right contacts at Barnsley, the only similarity at his current club is that everyone is pulling in the same direction. The difference is that it is the wrong one.

Almost every other club would be afforded leeway for getting some things right, but we have been here before with Forest and burnt severely more often than we can count. Not only do actions speak louder than words, but those vocals are on mute until tangible progress can be seen.

Ridding the club of Hughton was a necessity. His mistakes and errors were often and keenly felt throughout his ill-fated reign. He certainly wasn’t the solution to the problems at Nottingham Forest – it’s hard to believe anyone is – but conversely, he also wasn’t the biggest issue. It could get a whole lot worse before it gets better.