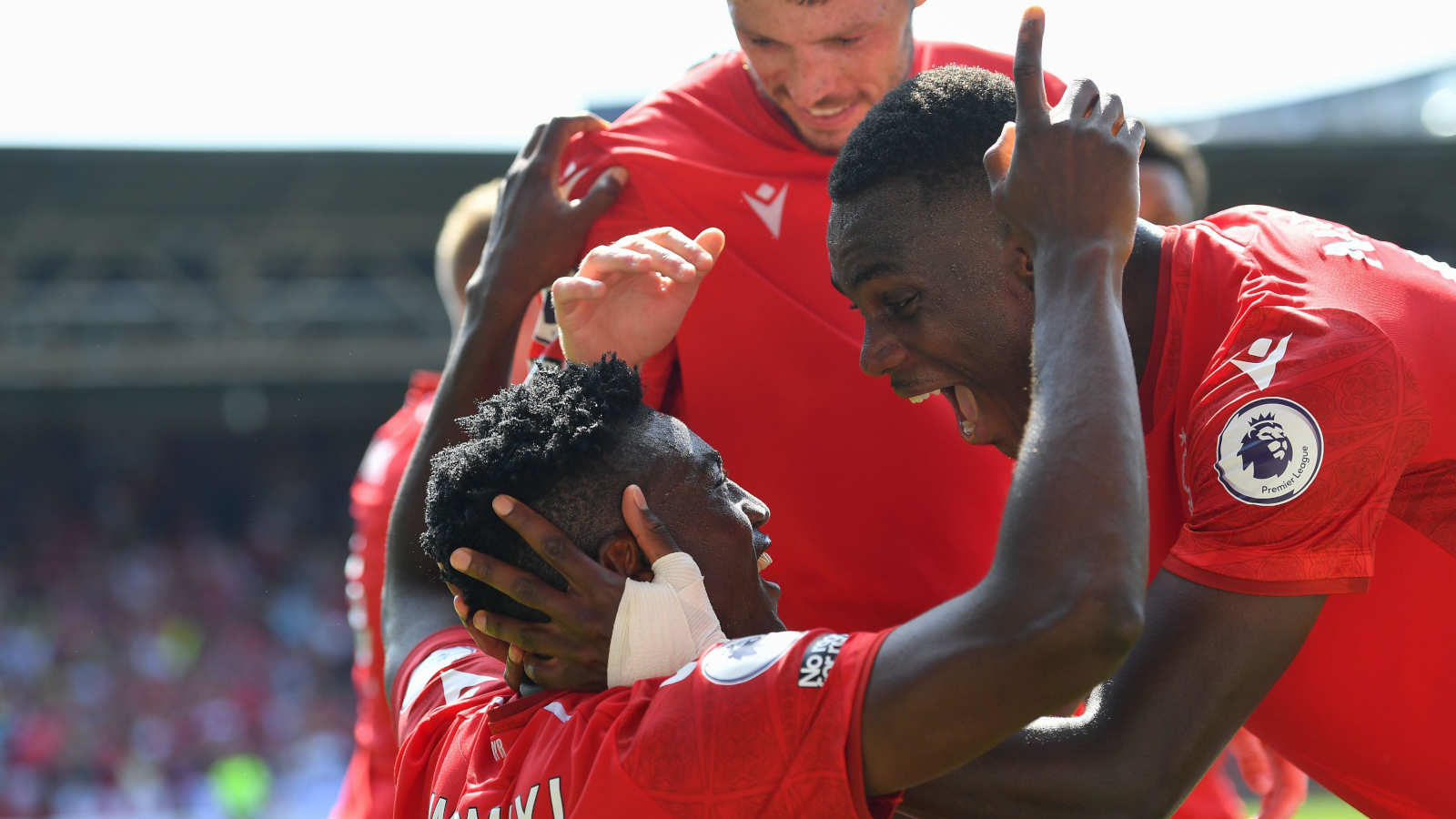 Nottingham Forest needed a little bit of good fortune to get past West Ham United in their first home match back in the Premier League.

It’s not that often in football you can say with certainty you don’t know what to make of a football club on the first day of the season, but that was absolutely the case ahead of the return of Nottingham Forest to the Premier League after an absence of 23 years against West Ham United.

With 15 new signings over the course of the summer, the one thing that we could definitively say about Forest this season is that it isn’t going to be the same team that got into the top flight in the first place.

Few would deny that this could be a risky strategy. Forest are already close to having spent the total that they’d be likely to get in television and prize money for this season – and that’s just transfer fees alone, with wages and the rest still to follow.

But this was an inevitable consequence of how they came to be in the Premier League. Having arrived at The City Ground with eight games of their Championship season played, manager Steve Cooper was heavily dependent on loan signings last campaign and so these were players who needed to be replaced in the summer.

Forest supporters headed to The City Ground knowing full well that newly-promoted clubs have their work cut out in the Premier League regardless, and that this is a challenge. But it should also be borne in mind that their club had a torrid time for years and more than two decades without top-flight football is a lot for a club that has been the champions of Europe twice.

Have they brought in a lot of players this summer? Yes. Could this yet backfire? Oh, definitely. So should Forest have just done the bare minimum and set their Premier League ambition levels in line with, say, Norwich and Watford? Or does fortune favour the brave?

There are few grounds as febrile on the opening day of the season than a big club returned to a higher division after years in the doldrums; The City Ground was shaking to its joints before kick-off.

There was good reason for the excitement. Nottingham Forest terrorised Premier League teams here in the FA Cup last season, beating Arsenal and Leicester City on the way to losing narrowly to the eventual winners Liverpool in the quarter-finals. That experience should have given them little to fear going into this season. They debuted against Newcastle uneasily last weekend, but perhaps this was inevitable, considering all the changes.

If the heat has led to quite a few games starting slowly this season, it certainly wasn’t the case on this occasion. Nottingham Forest players certainly didn’t look like a team who’d only just been introduced to each other. Instead, they came out fighting, pinning West Ham back, creating both chances and half-chances.

After the drinks break in the middle of the half Forest seemed to slow a little; it’s difficult to maintain such a pace on a day like this. West Ham finally had a chance to get a foot on the ball and created a couple of chances of their own, forcing decent saves from Dean Henderson.

And for all that some would seek to reduce the game to pure science alone, luck still plays a critical role in football. Sometimes you just get the run of the ball, and the extent to which this can change the course of a game could be seen in the closing minutes of the half. With 42 minutes gone, Said Benrahma was slipped through by Declan Rice and scored, only for the video assistant to – eventually – pull back play for a shove on Orel Mangala by Michail Antonio.

Was it fortunate? Perhaps, but it’s likely that the decision was made by Mangala starting to move towards Benrahma in the split second or so before Antonio clattered into him, the sort of action that looks all the more exaggerated in super slow motion. West Ham complaints about the decision weren’t completely without merit, but it was unnecessarily clumsy from Antonio.

Two minutes into stoppage-time Forest had the lead when Jesse Lingard’s mis-hit shot from eight yards bounced off Taiwo Awoniyi and past the already moving Lukasz Fanianski.

Throughout the first 20 minutes of the second half, Steve Cooper was presumably in the Forest dugout sticking pins into a voodoo doll of Bobby Moore. Barely a couple of minutes in, a Pablo Fornals shot hit the underside of the crossbar and Tomas Soucek’s rebound was acrobatically saved by Dean Henderson.

While Nottingham Forest did recover their composure a little and had a goal disallowed themselves when Brennan Johnson was adjudged offside by a few millimetres, Benrahma hit the underside of the crossbar for a second time. After a handball decision against Scott McKenna, Henderson dived to save a West Ham penalty taken, for some reason presumably, by Declan Rice.

West Ham are plenty experienced in the Premier League, and they never really ran out of chase. With seven minutes left, a downward header from Kurt Zouma was cleared from the line by Neco Williams, and the visitors continued to swarm forward throughout the closing minutes.

But with the aid of the woodwork, some inspiring goalkeeping and the right bodies being in the right place at the right time, Forest just about got there.

It’s worth bearing in mind that to beat West Ham is no mean feat for any Premier League team. After all, they did finish last season in 7th place in the Premier League (after having finished 5th in each of the last two seasons), having been a penalty shootout from the final of the Europa League and qualifying for this campaign’s competition.

On this occasion, West Ham did look a little out of sorts. They created a few more chances than they did against Manchester City in their opening game. With no goals from two games, new signing Maxwel Cornet, introduced with seven minutes to play, offers a potential solution, though he was unable to make any impact in this brief cameo.

And it turns out that the most important single signing that Nottingham Forest have brought into the new season was a little bit of luck. Perhaps playing at home to the team for whom fortune has been hiding for such a long time was just what they needed after their relative non-performance at Newcastle.

They are fully entitled to not give a damn if they needed a spot or two luck to get themselves over the line in their first home game back after such a long time away.