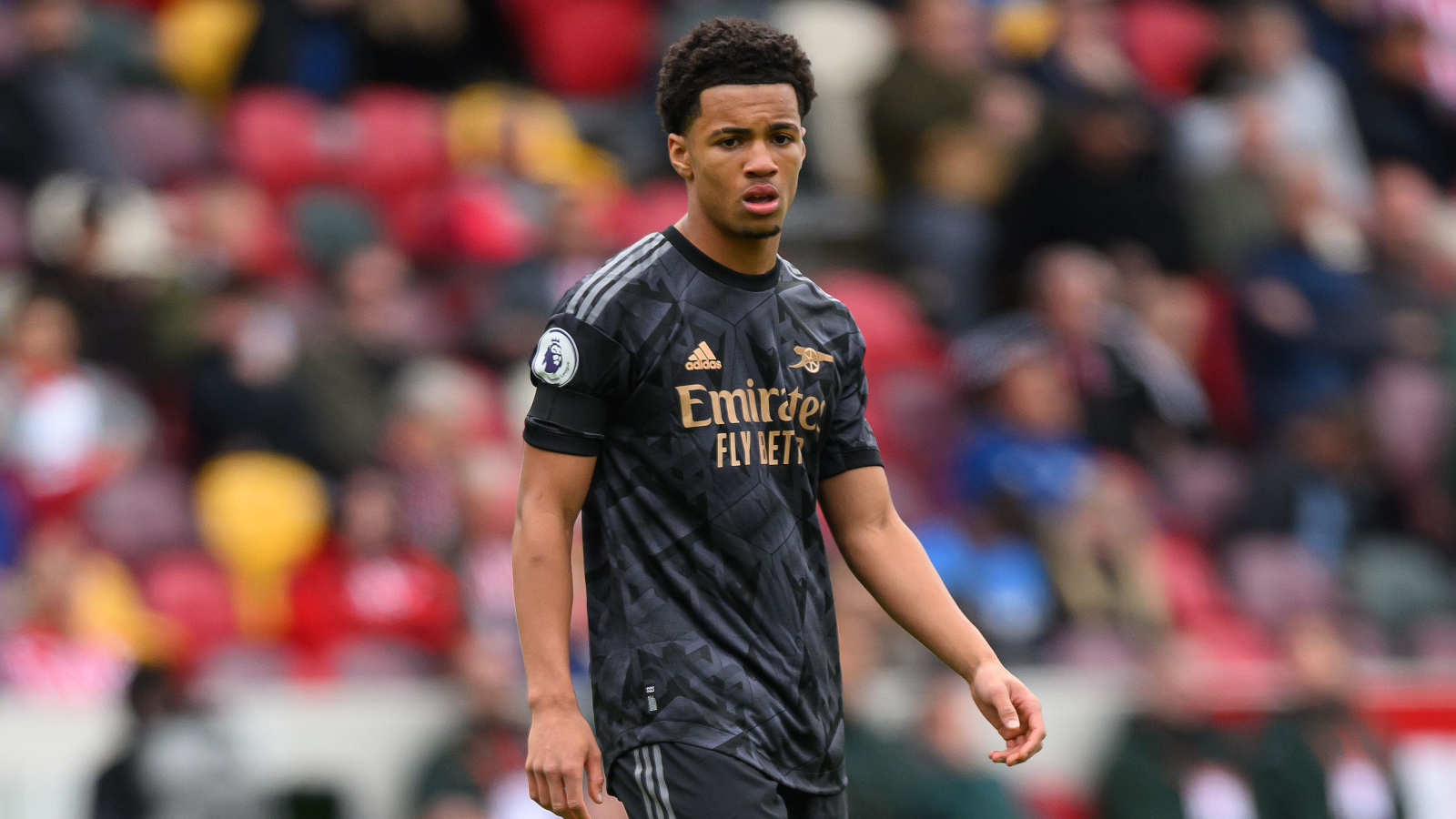 Ethan Nwaneri is an obvious talent, but 15 years old is surely still too young for the incredible pressures of professional football.

As with policemen, so it is with footballers. They do look younger these days. And with the 2022/23 season having already seen two records broken for the youngest ever players, it seems they actually are.

Congratulations to Ethan Nwaneri of Arsenal and Christopher Atherton of Northern Irish club Glenavon. You’re the first footballers young enough to be my grandsons. FFS.

Christopher got there first. At 13 years and 329 days he became the youngest player to play in a first-class match for a UK team, when he came on as a substitute for Glenavon during the second half of their 6-0 League Cup win against Dollingstown on September 13.

Somewhat remarkably, he broke a record that had been in place for 42 years. And he did it in style too, knocking almost a year off the previous record of 14 years and 323 days, set by Eamon Collins for Blackpool in February 1982.

But the introduction of Nwaneri for Arsenal at the end of their Premier League match against Brentford was a on a different scale. Nwaneri was 15 years and 181 days when he took to the pitch to become the youngest ever Premier League player, though the record he beat was somewhat more recent that Atherton’s, set by Harvey Elliott for Fulham in 2019 at 16 years and 30 days.

These were two very different debuts. Atherton’s came with 15 minutes to play and he managed an assist with his first touch, crossing for Matthew Snoddy to tap in Glenavon’s sixth goal of the night. But it also came in front of a crowd of hundreds – no figure for this match is available, but their average attendance for league matches so far this season is 780 – and away from the glare of publicity.

The same could certainly not be said for Nwaneri’s Arsenal debut. The match against Brentford had been over as a contest since the early stages of the second half and he was brought on with just seconds remaining. But rather than being far from the madding crowds as Atherton’s was, Nwaneri’s took place in front of a stadium of just over 17,000 fans and in the full knowledge that millions more people around the world may be watching. It’s a different magnitude of pressure.

These are both presented as good news stories, and for the players concerned they certainly are. It is to be hoped that both enjoy long and successful careers in the game. But it is also somewhat jarring to see school-age children playing in an adult sport. It messes with the timbre of a game. A player of that age getting seriously injured, for example, may raise concerns about whether the welfare of a child is being adequately protected.

And while Nwaneri’s introduction for Arsenal has been met with positive headlines, the behaviour of, well, adults in relation to his arrival in the senior game raises eyebrows.

It was a curious decision from Mikel Arteta, because that cameo from the bench for a few seconds offered him little ‘meaningful’ experience that he couldn’t have had from just being on the bench in the first place, while it hardly sends out a positive message to older Arsenal youth players if someone this young is getting a go in the first team, even if it was as low-impact as it could get. Because of his age, he had to get changed in a separate room to the rest of the team.

There is, at least, a modicum of justification behind Arteta’s decision to give him the experience. There is less for the behaviour of some external parties. Manchester United are already said to be planning a ‘daring swoop’ to take him to Old Trafford. A ‘scramble’ has started among agents desperate for his signature and their 10%. Nigeria are reported to be trying to ‘lure’ him to play for them rather than England, who he’s already represented at under-16 level.

All of this is, of course, being salivated over by the British press, with the fact that they’re discussing a child appearing primarily as an abstract concept.

It sounds like a lot to have to take in, and 15-year-olds may well not be emotionally ready for this type of pressure. ‘If you’re good enough, you’re old enough’ doesn’t have a basis in law. It is not for me to say whether Nwaneri ‘should’ go to Manchester United, and it certainly not for anyone to tell him whether he should feel more Nigerian or more English. But again, he’s 15 years old. Should any adult be discussing him, and should they be doing so in the way in which he has been discussed?

It doesn’t seem unreasonable to suggest that perhaps school-aged children shouldn’t be playing professional sports. It would probably be excessive to limit such a rule to no under-18s, but no under-16s feels fair. After all, 16 is the legal school-leaving age in this country, and with improvements in diet and training seeming to extend careers at the top, it’s not implausible that Nwaneri could have a 25-year professional career. At least Atherton won’t have these pressures.

None of this is to say that Nwaneri isn’t already receiving excellent advice, of course. But the Premier League can be a lion’s den at times, and there is no doubt that some of the language that has surrounded the rise of this particular player has been unsettling. There are a lot of ways in which a professional football career can start to flounder, and unrealistic expectations being loaded on a player too young to deal with them is right at the very top of the list.

Nwaneri has an incredible opportunity, but it’s not as much of a rush for him to start it as it is for many of those egging him on.