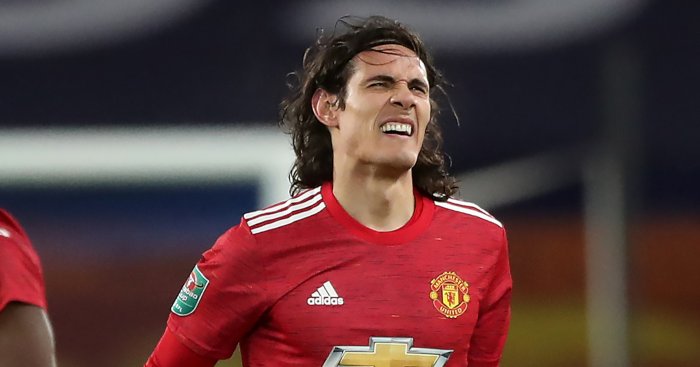 The chokeslam to Yerry Mina was followed by a piledriver that sealed the tombstone to Everton’s League Cup campaign. All Edinson Cavani needed was Paul Bearer by his side to complete the set.

Perhaps most of all, a positive result immediately after a huge win. The 5-0 thrashing of Leipzig was followed by two morale-sapping defeats. Club Brugge were beaten by the same scoreline in February before a draw at Goodison Park. A four-goal hammering of Norwich in January was the prelude to a pair of 2-0 losses against Liverpool and Burnley.

This was necessary after the demolition of Leeds. Everton – an in-form, fan-backed and trophy-chasing Everton – posed quite the problem. Manchester United, to their credit, kept on searching for the answer instead of slipping into the clutches of frustration and defeatism.

They didn’t even have to concede first to win away from Old Trafford. Everton threatened but never really came close to beating Dean Henderson. The visitors huffed and puffed in the first half to no avail. Manchester United then had four unanswered efforts on goal and 70.7% possession from the 46th minute to the 87th, scoring almost directly after Gyfli Sigurdsson had Everton’s first shot of the second period.

Perhaps that points to a team that relies too heavily on counter-attacking to be successful long-term. But United’s opener was more down to line-splitting passes: Harry Maguire to Anthony Martial, onto Cavani and past Robin Olsen with a delightful finish.

Martial added the result-sealing second as Everton poured forward in desperation but the damage was done. Manchester United had held them at arm’s length for so long before suddenly changing their approach and the Toffees could not cope.

Flaws remain but precious few were evident this past week when dispatching two of the world’s most revered coaches. Manchester United obviously have the advantage on most teams in terms of individual quality – Paul Pogba has been excellent since returning and Cavani’s goal from nothing shows this supposed skeleton squad has incredible depth. But these performances speak to a team justifiably confident in what they are doing.

The challenge now is coping with the pressure, or lack thereof on Solskjaer. Leicester await on Boxing Day and Wolves three days later: two dangerous teams that will require meticulous tactical plans to be carried out to a tee. And now a cup semi-final too, a fourth opportunity for this manager and side to take an important step in their development. It is a welcome problem to wrestle with.