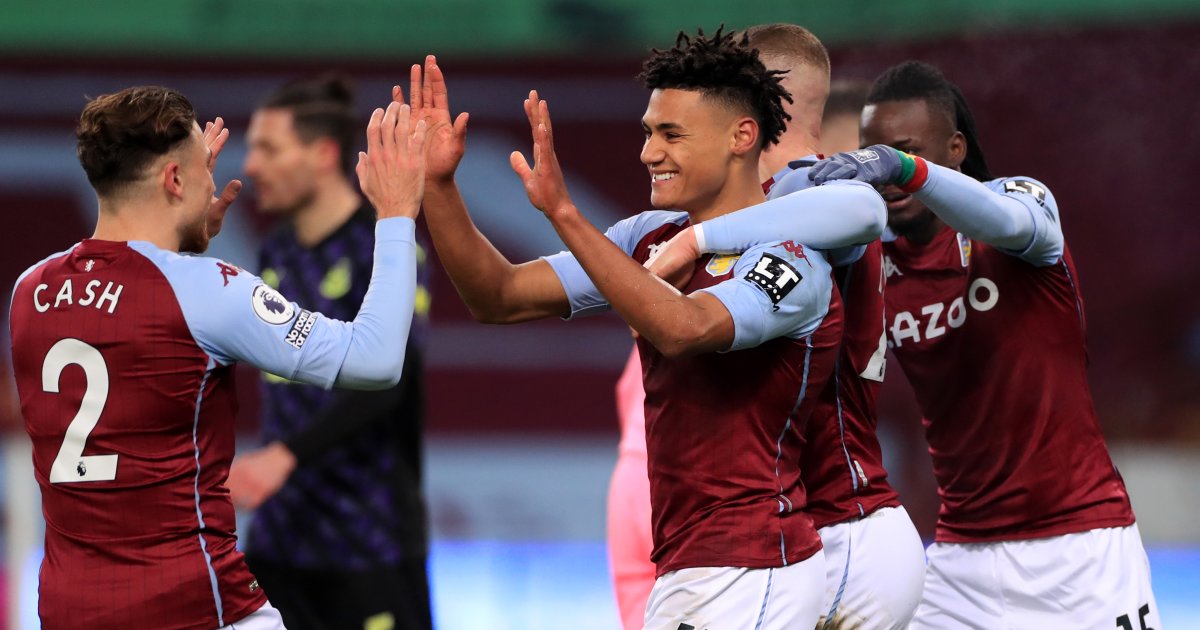 When Ollie Watkins walks out to once again lead the line for Aston Villa in the Premier League at Brighton on Saturday, he might reserve a special word of thanks for his opposite number.

Because in one of those crucial sliding doors moments that shape all careers, it was Neal Maupay’s move from Brentford to Brighton in August 2019 that gave Watkins the platform to show what he could really do.

After back-to-back double-figure goal returns from out wide, Watkins was moved into a central position in the wake of Maupay’s departure. Twenty-five Championship goals later, he was making his own move to the Premier League with Villa and hasn’t looked back.

Now that, of course, is not to downplay the work and effort and commitment – and if Watkins were nothing else (and he demonstrably is plenty else) he is most certainly a grafter – but merely to highlight the fragility and interconnecting factors that define any career.

Watkins had helped create the chance, the promise he had already shown in the previous two seasons undoubtedly a factor in Brentford’s decision-making in letting their top scorer depart.

And while reading too much into body language is a daft pursuit, you do get the sense that Watkins is a man determined to enjoy every second of the situation he and circumstance have created. There is an infectious joy to his football and it would be a genuinely heartwarming thing to witness even in normal times when we weren’t all a bit wobbly and in need of the occasional boost.

All the other usual cliches can be applied to Watkins here if you so wish. The non-league loans, the struggles to prove himself at lower levels, the ensuing maturity and level-headedness that means he’ll never take all this for granted and so on and so forth.

But what he’s doing this season really is worth shouting about. Coming to a team that had only avoided relegation by the very skin of its arse, with a large price tag and going straight in to the starting XI by definition as pretty much the only proper striker available is a daunting prospect. Plenty have struggled with only a fraction of that burden.

Watkins helped himself to a perfect hat-trick against the defending champions in his third game at this level. After a further goal against Southampton, he added two more against Arsenal in just his seventh Premier League match.

Yet even that is not the most impressive aspect of Watkins’ season; that has come in the last few weeks with four goals in five games – including another in another win over Arsenal – on the back of a nine-game scoring drought.

Plenty of players have burst on to the Premier League scene with a flurry of goals and then disappeared forever. Even in the depths of that long drought, Watkins never felt like a player in danger of joining them. He was never playing badly, the goals just stopped coming. He was never a passenger, and he was never given a break to get away from it all for a moment because – and it is worth repeating that this is all happening in his first Premier League season – there were quite literally no other strikers for his club to select in his place.

He carried that burden, and the goals came again. It’s a lovely thing.

Even before the drama of that ludicrous 7-2 win over Liverpool, Watkins had marked himself as one to watch in the top flight with his choice of move. Villa’s desperation for a striker was slightly reflected in a hefty £28m fee that could – and has, one imagines, already now begun to – climb to £33m. It’s been great business for them, but more importantly in many ways a remarkably shrewd one from Watkins himself.

The presence of his former Brentford boss Dean Smith in the Villa dugout will no doubt have been one factor, but it was widely reported all summer that Spurs were more than keen. Turning down the chance to be Harry Kane’s understudy in preference for the promise of more regular – too regular, now, if anything – first-team football at Villa was not the straightforward choice it now appears. They were a bit of a mess last season, and pretty lucky to stay up. Spurs had one of the great managers of modern times (albeit a slightly tatty version), European football, an amazing stadium and that Big Six glamour.

But they also had Kane, and for any other striker that means waiting for midweek cup crumbs or his ankles to give way. Villa had Jack Grealish and no other strikers. If you’re good enough, that’s going to mean goals. Kane’s own absurd rapport with Heung-min Son is the only more successful assist-scorer combination in the Premier League this season than Grealish-Watkins.

In an alternate reality, Watkins moved to Spurs and now has one Carabao goal and a couple in Europa qualifying to his name but is still, alas, waiting for his first Premier League goal after 157 minutes of action spread across a single start and four brief substitute appearances.

In this one, though, Watkins, just like after Maupay’s move to Brighton, has earned, created and taken the chance that came his way. We can all enjoy that.