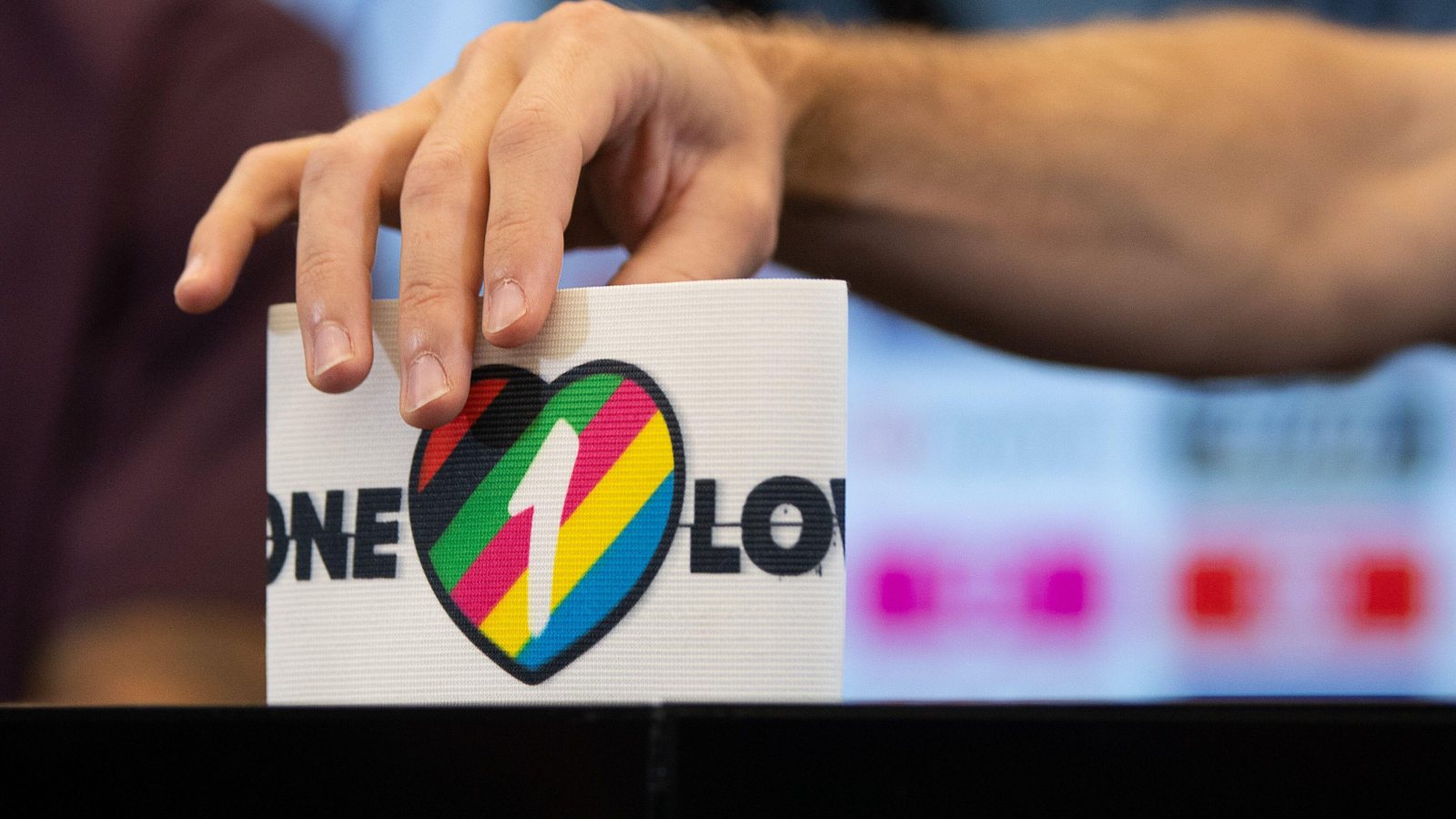 At least for those of us conflicted over whether we could enjoy watching tournament in good conscience, there was some solace to be taken from the fact that a reasonable number of the headline acts were prepared to take a stand against some of the issues that make this festival of fuck so conflicting.

Granted, nine players sporting a piece of coloured elastic is hardly the Stonewall riots but the prospect offered at least a modicum of solidarity with one of the groups marginalised by the hosts and organisers of this World Cup. After just one day, those people are again left wondering where their place is in a tournament that is shaping up to be even more disgusting and gratuitous than we feared.

That’s on FIFA. The world’s governing body left it until the day before the first captain was due to take to the pitch wearing a One Love armband to reissue the threat of yellow cards for any skipper not toeing their discriminatory line. Be in no doubt, it was a calculated act of bastardry.

There should have been seven different nations sporting those armbands but, on Monday morning, with not a backbone to be found among the national associations, they bottled it. Spectacularly, embarrassingly, disgracefully.

No one is shocked at the actions of FIFA. They could appal no more after they picked Qatar, a nation that criminalises homosexuality, to host a World Cup. Infantino and his cronies barely bother anymore to even try to hide the values they hold most dear. Not feeling very gay today, Gianni?

Until there is a real and radical reform within the game’s governing body or, more likely, the FIFA mafia is disbanded completely, little will change. That is the truth, more horrifying for some than most, we have to live with and balance in our own minds.

But everyone expected better from organisations like the Football Association, and the other bodies across Europe. To cave so pitifully in the face of such a mild intimidation constitutes seven different national disgraces and one sorry collective clusterfuck.

Did they not read the rules when they made such a show of their supposed inclusivity? FIFA haven’t changed them. They waited until the weekend to remind everyone of them, but the risk of sending their skippers out with an unsanctioned armband was always there in black and white. The associations really ought to have seen this coming.

“We can’t put our players in a position where they could face sporting sanctions, including bookings,” weeped their statement on Monday morning confirming they had all shit their beds.

Protests are meant to be noticed, to cause disruption. Toeing the line renders weeks of hopeful words now empty. pic.twitter.com/DRbk1XyqTq

When we – more so the groups supposedly represented by this now empty gesture – needed the associations to double down on their principles, they failed us all. What they have succeeded in doing is putting their captains and players in a very tricky position, much more awkward than a pre-match booking.

They ought to have fought back instead of surrendering so meekly to the dark forces in Doha and Nyon. Would FIFA’s officials have booked every player who chose to wear the armband? It doesn’t matter either way; the message would have been sent.

That message mattered more than ‘sporting sanctions’ as meek as a yellow card. The FAs didn’t feel comfortable putting their players in such a position, they say. Why not? They are big boys. We can only hope some of those players, many of whom we know have a social conscience, also have more backbone than the suits they are cursed to represent.

The only vaguely positive spin on this sorry saga is that FIFA’s true colours are on parade with their abhorrent lack of morals. But none of this is news to anyone. Absolutely no one needs reminding what a collective of c*nts we have running the game.

So this cannot be the end of the matter. England and the other nations who surrendered must regroup and find a way to stand up to FIFA’s threats. There is nothing in FIFA’s laws (that we can find) against body art, at least outside China. Temporary tattoos all round?

Even that, just like the One Love armband, is a piss-weak gesture of support for people who need and deserve it. But now the harm caused by its absence in Qatar will far outweigh the benefits it may have enjoyed wrapped around each captain’s bicep. Now is the time to go bigger. And for the FAs to do much, much better.