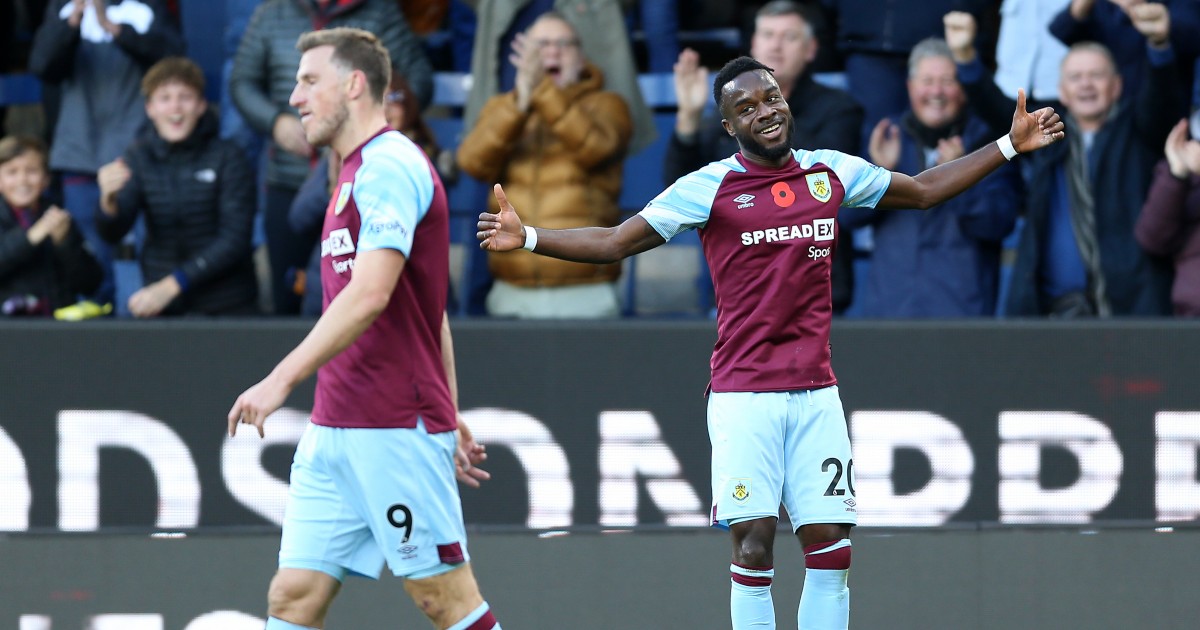 Newcastle is easy and Burnley is obvious but which player makes Southampton worth watching and who is the main attraction at Liverpool?

I know, yet another entertainment feature driven by Burnley. Such a cliché. After the brilliance of one of their players at the weekend (hint, it wasn’t Ben Mee), we try to answer the question of who is ‘worth the admission on their own’ at each club.

Arsenal
Martin Odegaard was specifically bought with this list in mind, but it is the man given the number 10 shirt in the summer that is proving to be Arsenal’s chief creator. Mikel Arteta has considerable work to complete on his Arsenal project, but Emile Smith Rowe embodies the initial brief: young, fast and dynamic. There will be plenty more England caps to come.

Aston Villa
Damn you, Jack. After the departure of Grealish, there is potential stardust on the field but no-one to rival Steven Gerrard at the box office. Dean Smith did an excellent job at Villa, but Gerrard has instantly made the club more relevant to neutrals. If he is to avoid joining the failed Premier League manager club with Ole Gunnar Solskjaer and Frank Lampard, he will need Emiliano Buendia or Leon Bailey to replace him on this list.

Brentford
What an excellent addition to the Premier League Brentford have been. With Ivan Toney the brawn of the operation, there are plenty of brains including the outstanding Bryan Mbeumo. The only remaining member of Brentford’s (quite) famous BMW, Mbeumo has acclimatised just as quickly as B and W.

Brighton
Thank you, Graham Potter; this would have been quite the challenge a couple of years ago. Brighton have a number of players extremely easy on the eye, including the underrated Leandro Trossard. Full of vision and imagination, if he keeps chipping in with goals he would certainly not look out of place at a higher level. Think the next Diogo Jota, if that’s a thing.

Burnley
It seemed apt that Burnley’s first two goals against Crystal Palace were the two most Burnley goals that you could wish to see. Witness the reaction to those goals and compare it to the crowd’s celebration of Maxwel Cornet‘s thumping volley. The inspiration of this list. Where were you last year when we had to watch Burnley every week, Maxwel?!

Chelsea
A brilliantly coached winning machine, but not one you would immediately associate with individual brilliance. Fortunately, Kai Havertz reminds us every now and again of his immense potential. His languid style can frustrate if you are the type of viewer that subconsciously wants to be frustrated, but he has an effortless elegance that very few players can match. A Rolls Royce of a player filling the void for those of us that still pine for Dimitar Berbatov.

Crystal Palace
Conor Gallagher has been the most watchable player for Crystal Palace so far this season, but after years of deserving to be on a list that never existed it has to be Wilfried Zaha. Still capable of single-handedly destroying a team, his individual brilliance has maintained Palace’s reputation as a great counter-attacking team even when they haven’t been a great counter-attacking team.

Everton
When you have a feature like this, it always highlights the limitations of certain teams. From being the side with the most No 10s in Europe, Everton are now relying on the game but limited Andros Townsend and Demarai Gray for their X factor. No wonder James Rodriguez was confused about being phased out. So Richarlison it is. He is Brazilian and entertainingly volatile.

Leeds
Sticking to the Brazilian theme, it has to be Raphinha for Leeds. Nationality plays no role here, though; he is a fantastic player and destined for the very top. One of the most effective dribblers in the league, he is also becoming more consistent in his final product. Enjoy him while you can, Leeds fans.

Leicester
If James Maddison was choosing this, it would be James Maddison. In reality, the creative hub of Leicester is very much Youri Tielemans. It still seems bewildering that no other club came in for him when he was available for £40m, but after watching their team toil at the weekend without him Leicester fans will be delighted at such carelessness.

Liverpool
The ridiculously consistent Mo Salah. In fact, his continued brilliance has meant that just scoring nearly every game would not necessarily have been enough to get him on this list. Fortunately, he has crystallised his place with some outrageous goals this season. Just watch those efforts against Man City and Watford again. Football at its finest.

Manchester City
If only they had some decent creative players to choose from. As an England supporter and ardent follower of tabloid romance rumours, I hoped Jack Grealish would have taken on this mantle by now. Sadly, the player most would still pay to watch is Kevin De Bruyne. Most wands in football are left-footed; De Bruyne is an exceptional exception.

Manchester United
Not sure if Harry Maguire was tipped off about this feature, but he has certainly brought himself into the conversation of most entertaining player at Manchester United. Unfortunately for the scourge of Albania, for sheer box office it is of course the king of Instagram, Cristiano Ronaldo. There will be plenty more debates about his effectiveness in a Premier League team, but his late goals against Villareal and Atalanta show that he remains a magnet for drama.

Newcastle
Along with Cornet, the easiest decision of the lot. Even during the darkest days of Mike Ashley’s reign, there was always hope of entertainment when Allan Saint-Maximin was on the pitch. A true maverick, Saint-Maximin is the one current player that should always remain in The Sun’s crazy hypothetical future Newcastle teams.

Norwich
If this was golf, Norwich (or West Brom every other year) would be my mulligan for all lists. With those beautiful blonde looks, Todd Cantwell should have made this easier but, after his fallout with Daniel Farke, the flair burden has fallen on Mathias Normann. If he continues his form from the last couple of games, I may instead use my mulligan on…

Southampton
See Everton. Saints need a new Matt Le Tissier. It must be particularly galling seeing how well Dusan Tadic has done at Ajax when your most exciting current player is a right back. Tino Livramento has been a revelation, but still shouldn’t be part of this list. It’s going to be even more difficult when Chelsea invoke that buy-back clause.

Tottenham
Antonio Conte is the latest manager to try and get Tanguay Ndombele on this list. There is so much talent there. It’s now or never in his case for the third time, so the burden of biggest draw stays with Heung-min Son. What is there not to like? Plays with a boundless exuberance and has a smile to die for. He can even shoot a gun better than he does a ball.

Watford
This is a far more difficult job after their brilliant win against Man United. Ismaila Sarr has been comfortably the most entertaining player for Watford for a number of years now. Finally he has a challenger for fans’ favourite in Emmanuel Dennis. He showed the highly-rated strikers of Albania and San Marino how to trouble Maguire.

West Ham
Would love to have got the whole BMW band back together, but Said Benrahma leaves Ollie Watkins as the Robbie Williams of that particular group. Had a tricky start to his career with the Hammers, but showing his class now. The very definition of a silky footballer.

Wolves
Oh, Adama, will you ever have a manager that looks beyond your complete lack of end product? Has all the attributes to be the most exciting player in the world, maybe even the history of football. He is just missing that little ingredient of ability. Like a BLT without the bacon, lettuce or tomato if you will. Instead, it has to be the wonderful Pedro Neto. It shows what a fantastic job Bruno Lage is doing that Wolves are excelling without their most creative talent.