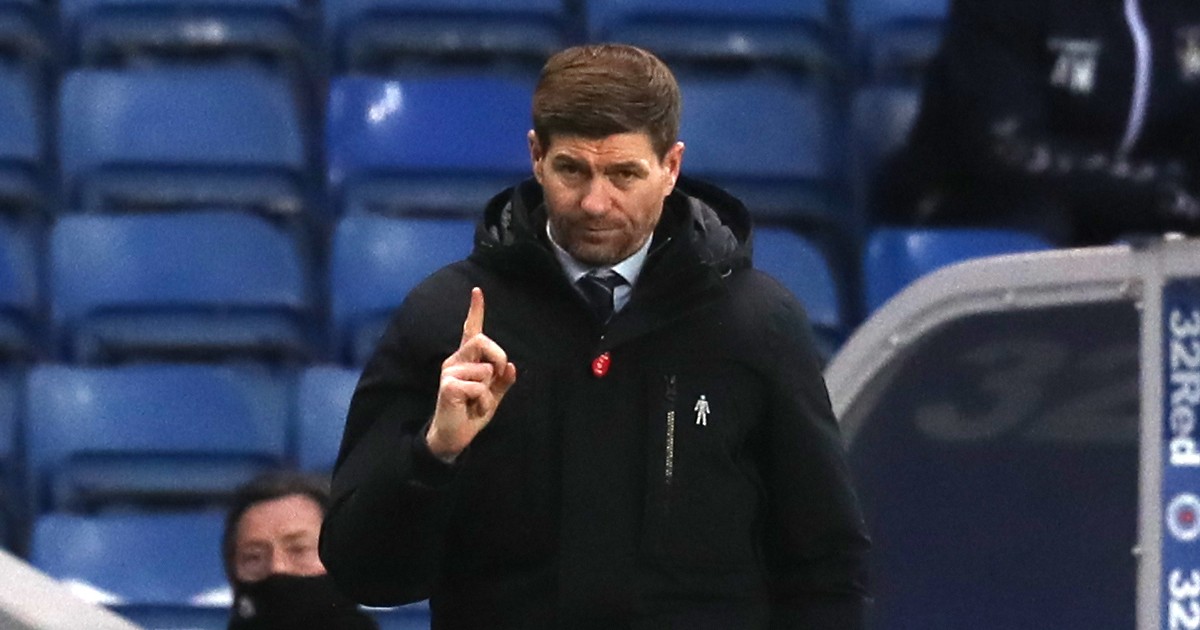 You may have noticed that Rangers currently top the Scottish Premiership, 18 points ahead of Celtic, 30 points above Hibernian and still unbeaten. They have won 25 of their 29 games. Perhaps most remarkable of all, they have conceded just eight goals and currently have a goal difference of 61.

When they inevitably win the title what will it say about Steven Gerrard’s managerial talent? A lot of people who don’t watch Scottish football think it’s some sort of joke. The assumption south of the border, all too often, is that the Premiership, let alone any of the lower leagues, is full of little more than glorified pub teams. They are wrong.

Because we know that Scottish football is brilliant entertainment and we know that English football, especially the Premier League, is up its own arse and isn’t anywhere near as good as it thinks it is.

So, if anyone thinks that Gerrard winning the league is no achievement at all, think again. Of course, the financial dominance of the two Glasgow clubs has turned the top flight into a duopoly, and for the last nine years, a monopoly. That has to be factored into the assessment of Gerrard’s job, as does the remarkable collapse of Celtic’s form this campaign (though they’ve only lost three games) but even so, it is the way Rangers have gone about having the title wrapped up in February that is impressive.

And this isn’t just domestic success. Their Europa League form has also been superb. They won three qualifying games by an aggregate total of 11- 1, including a 2-1 win over Galatasaray, to qualify for the group stage in which they were unbeaten in six games, winning four and topping the table over Benfica, Standard Liège and Lech Poznań. They now face Antwerp in the round of 32 and you wouldn’t want to back against them progressing.

The only game they have lost this season was to St Mirren in the League Cup quarter-final.

They blew up in the New Year last season after a strong start but this year they’ve been remorseless and have abolished the mistakes of the previous campaign. This season shouldn’t be branded as Celtic failing; this is Rangers succeeding.

So is Gerrard a really good manager? The answer is very much obviously yes. After the flop in the second half of last season, he has galvanised the team and organised an almost unbeatable defence, with captain James Tavernier top scorer on 17 in 40 despite being a right-back.

Many seasoned observers of the club say Gerrard just looks the part: he looks like a Rangers manager. Despite what people south of the border might think, Celtic and Rangers are two of the biggest clubs in world football and if you have the honour of managing either of them you are subjected to an intensity of pressure that is extraordinary and with few equals.

The comparison with Frank Lampard’s tenure at Chelsea is inevitable given their playing careers. The pressure at Chelsea is nothing like that at Rangers. It is very much the two-bar electric fire to Rangers’ blast furnace. Lampard was OK but a bit limp. He looked like an assistant, not a manager; a coach, not a boss. He wasn’t up to the task. Basically, the opposite of Gerrard.

Gerrard taking the Rangers job was, to say the least, a bold move. It could’ve gone horribly wrong and set his managerial career back by many years. But the heat of battle has annealed his managerial stones, not crushed them. He seems to have almost physically grown into the job in a way his former England midfield teammate didn’t.

He is still learning, obviously, and being at a club with a lot more money than Rangers would bring its own pressures and learning opportunities, but as he lifts the Premiership title, he will be one of the most in-demand rookie managers in the country and beyond. Do not underestimate the grounding and credibility provided by the job he’s doing at Ibrox. Do not underestimate his achievement because it is ‘only’ Scotland.

Johnny’s new book Can We Have Our Football Back Yet? What Covid-19 Has Taught Us About The Premier League is out now