Home F365 Features F365 Says: Newcastle on the defensive at the start of new era 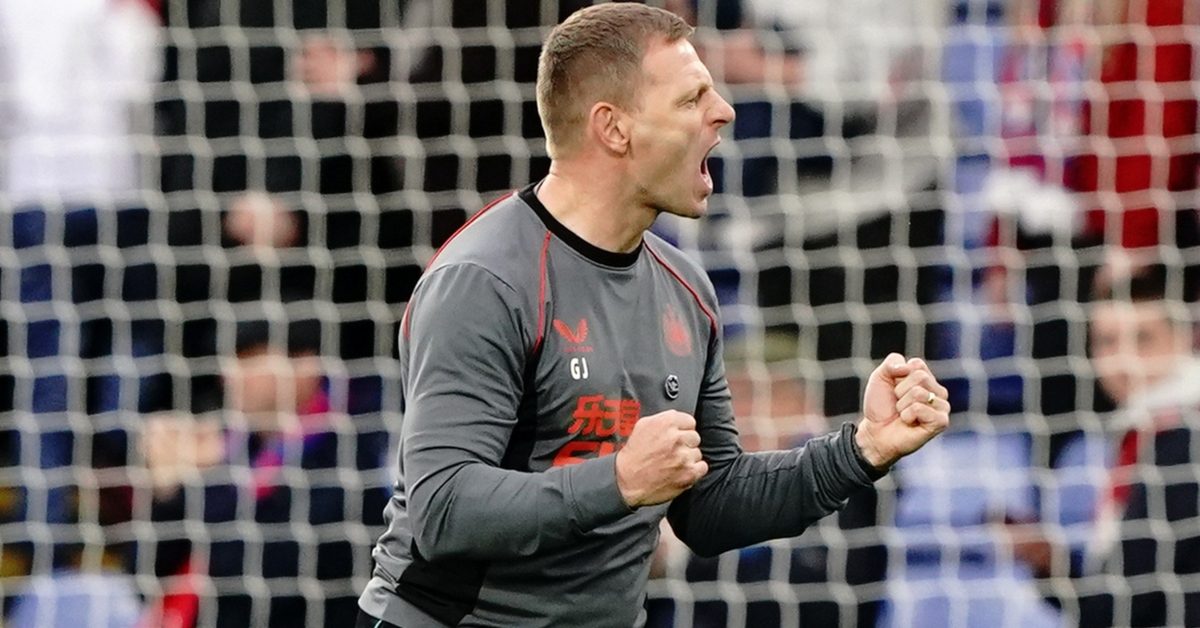 Graeme Jones joined Newcastle fans on the defensive when they went to Crystal Palace. It worked – this time…

Newcastle got the point they came for at Selhurst Park where Crystal Palace fans made theirs loud and clear before kick-off. For the Toon Army, it is a pattern they will have to get used to for the rest of the season.

For a start, the Geordies nursing hurt feelings in recent weeks will need to grow a thicker skin than the hide that makes the North East winter bearable in just short sleeves. Before they arrived in London, after a fortnight of dreadful takes, an independent Newcastle fanzine published perhaps the worst of the lot in a piece decrying the ‘appalling treatment of Newcastle supporters’, by suggesting that not since Hillsborough has there been ‘such opprobrium heaped on a fan base’. Lads…

We assume those delicate souls must have been mortified by the demonstration of Palace supporters against PIF’s presence in the Premier League. But at least they could stare down at a Newcastle dugout without the sight of Steve Bruce to spoil their day out.

In his place was Graeme Jones. Bruce’s former assistant appeared determined to stamp his mark on the Newcastle team, but the Magpies hoping that Bruce’s departure would generate an improvement, in quality and entertainment, must have been sorely disappointed.

Newcastle were very lucky to escape from Selhurst Park with anything other than another defeat. Their first victory looks as far away as ever – but Jones never came for one anyway.

The two changes he made to his first XI as the main man indicated his mindset. Joe Willock, Miguel Almiron and Joelinton – all big money signings in Mike Ashley terms – sat on the bench while Ryan Fraser and Emil Krafth came in. Fraser hasn’t started in the Premier League since arguably the worst performance of Bruce’s reign at Brighton in March.

Krafth came in to facilitate a shift from a back four to a three, though in reality it was five stretched across the defence, with Matt Ritchie and Javier Manquillo pinned back by Michael Olise, on his first Premier League start for Palace, and Odsonne Eduoard employed here off the left flank.

Under Bruce, the pattern was generally for Newcastle to have a go before quickly retreating then seeking cover. Jones wants none of that. From the outset, the visitors’ plan was to soak up as much Palace pressure as possible while hoping that Allan Saint-Maximin and Callum Wilson can conjure up some magic on the break.

The bare facts suggest it worked a treat. Palace were restricted to a single goal which was cancelled out by a moment of inspiration from Wilson when he bicycle-kicked in a loose ball from a corner Palace failed to defend. Newcastle played a draw and they got it.

Callum Wilson has now scored in four of his five Premier League appearances this season:

And what a finish it was. 😍 pic.twitter.com/u6SfRmCWV5

But, boy, were they lucky! Christian Benteke scored one header but he should have had at least a hat-trick. The Palace striker thought he had at least two but a probable match-winner with three minutes remaining was ruled out by VAR.

Jones cannot be blamed for being pragmatic. Newcastle have a defence that is barely fit for purpose so fortifying it with an extra body makes sense, as does providing it with a more rigid shield.

But Palace, with 78 per cent possession, still found it too easy to pick holes in the Toon rearguard. If Newcastle are to swerve a return to the Championship, they cannot rely on a Championship defence, whether it takes the form of a three, four or a five, to provide the platform for Saint-Maximin, Wilson and whoever might be lured to St James’ Park in January.