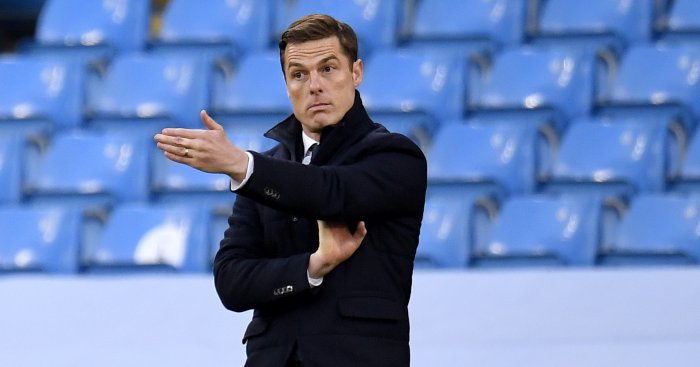 “Scandalous”. “Madness”. “Not acceptable”. Scott Parker, Fulham and, well, all of us need some more perspective.

The language in and around football is, for want of a better phrase, shite. Always has been. Managers spend a lifetime ‘saying’ things but suddenly start ‘insisting’ or ‘admitting’ as soon as they partake in a press conference. A player can simultaneously remain tight-lipped on their future while also dropping a potential hint on their plans with the exact same answer to a mundane question. The postponement of one match and rearrangement of another in its place during a global pandemic and national lockdown is CARNAGE worthy of PANIC.

There is sympathy for Fulham, the supposed victims of that final scenario. Not from Jose Mourinho, nor the Tottenham supporters whose entire season relies on their team not reaching another cup semi-final because there are literally only so many more available days in this compressed and laughably mismanaged calendar. But most others accept that being given 58 hours’ notice to prepare for a fixture where there previously was none is, at the very least, a failure of communication and planning. And entirely different to essentially only having your opposition changed.

That is what makes Mourinho’s predictably petty point all the more obtuse. “They had 48 hours to prepare for this game,” he said, examining a rotten apple before inspecting his own slightly fresher oranges. “Look, I had the news that I was not going to play them two hours before the game started.”

Quite how Fulham and Tottenham have thus allowed themselves to engage in a war over who has been given the harshest hand, all while the dealer that is the Premier League hastily shuffles the deck and even more quickly shuffles away from criticism, is unknown.

They postponed the December game at short notice despite Fulham being stationed at a hotel close to White Hart Lane with enough of a squad to happily fulfil the fixture despite a COVID outbreak. They confirmed the repurposing of a Wednesday evening match on Monday morning. They are the common strand of miscommunication and mismanagement creating relative chaos.

Scott Parker’s view was not much better than Mourinho’s. Or, rather, his words were altogether less appropriate.

Fair points about integrity and player welfare were scattered in between the suggestion that “what has happened to us… is scandalous”. He touched upon the nuances of management, of “constantly working out well in advance” what to do with which players, while referring to the “madness” of the situation.

“This is not acceptable,” added an “angry” Parker with extra emphasis. Good luck dubbing The Streets over that.

But good luck also in separating those words from the wider context. Some might consider it “scandalous” that elite sport is continuing at all while hundreds of lives per day and thousands of jobs overall are lost. Many would suggest it is “madness” that clubs are struggling to properly condemn and punish rule breaches from athletes privileged enough to still be in guaranteed employment. One could point out that it “is not acceptable” to plough through a football season while dropping only FA Cup replays and League Cup semi-final second legs from a calendar with an inevitably later start and a fixed end date to accommodate a transcontinental international tournament during a global pandemic. We should be so much more “angry” at so many more things than this.

One journalist quoted a senior Fulham official as saying their predicament was “beyond belief”. Others called them ‘furious’ or any variation thereof. The Daily Mail described Chelsea as being ‘reluctant’ to move their game with the Cottagers back 22 hours before benevolently granting them ‘the green light’ not to play two crucial games on a Wednesday and Friday evening. The Athletic at least acknowledged ‘it seems trivial to complain about much at the moment’ before laying out the club’s specific grievances. No-one will deny their frustrations, nor Parker’s point that “a top of the table clash with two of the biggest teams” would not have been treated in the same manner.

Fulham, after all, have a Premier League place to retain and could well consider this a serious disadvantage. Relegation would bring with it wage cuts and the potential of redundancies at a time of grave uncertainty. Their livelihoods are at stake. That is Parker’s priority. The media, meanwhile, will always report only what they hear.

But it all feels so trivial and insignificant for such dramatic phrases to be bandied about; the language should reflect the mood. The Premier League, for all its ludicrous faults, warned of such obvious possibilities before the season. And while some sectors of the sport are acting precisely as such, football cannot, will not and should not be immune to the sudden adjustments everyone is having to make to their private, professional and personal lives. If the abrupt yet predictable and understandable rearrangement of a fixture in your home city has reached “scandalous” levels then Fulham should be more concerned about losing their perspective and grip on reality than the actual game itself against Tottenham.