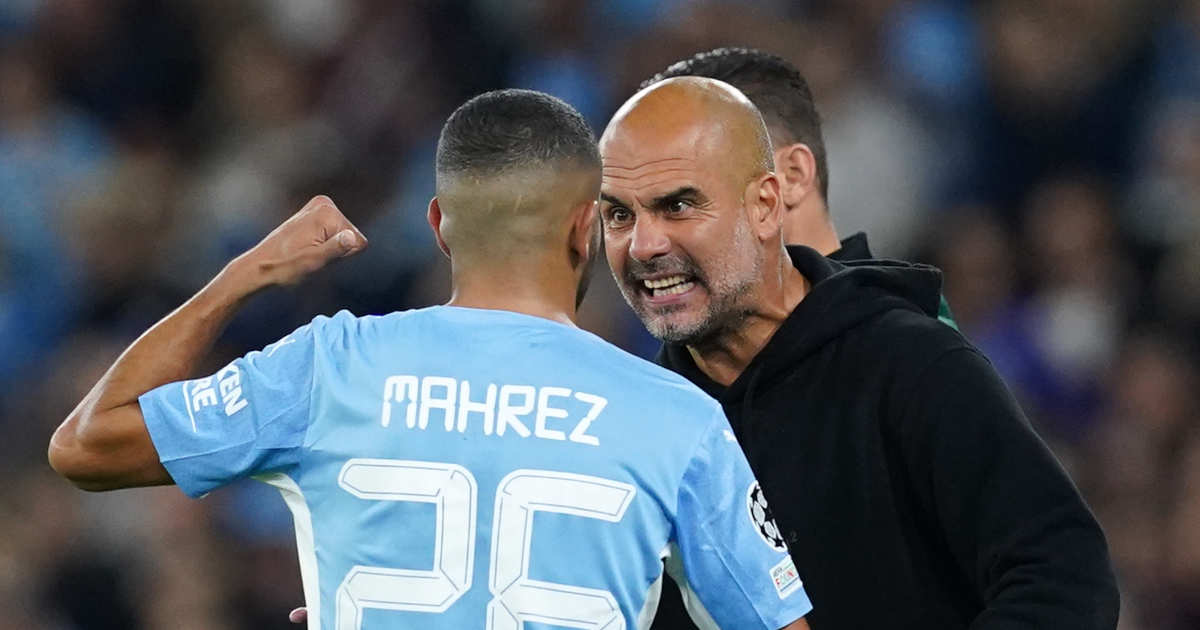 Pep Guardiola had a thing or two to say about the crowd for the Manchester City vs RB Leipzig match and it was more than a little ill-advised.

Pep Guardiola should probably have been happier. The draw for the Champions League group stages hadn’t been particularly kind to Manchester City, drawing them with both PSG and RB Leipzig, but his team had started fairly stylishly with a 6-3 win against the latter which should put them in a relaxed mood for their trip to play the Paris Globetrotters in the next round of fixtures at the end of September. In his post-match interview with BT Sport, though, he mentioned that “I would like more people to come to the next game on Saturday”, and now it’s all hitting the fan amid gales of laughter from fans of rival clubs and anger from his own club’s supporters at the implication that they’re not loyal enough for his tastes.

The Etihad has a capacity of 53,000 for European matches and the reported attendance for the RB Leipzig game was 38,062, but this figure has been disputed by some of those present. Quite why there should be such a disparity between the number of people present and what people saw with their own eyes isn’t an easy question to answer, but we do know that the recorded crowd – which was presumably reported to UEFA by Manchester City – was substantially down from the 52,276 that was reported for their last Premier League match.

The reason for the actual discrepancy is easier to explain. Reported Premier League attendances always include all season-ticket holders, and Champions League matches ordinarily have to be paid for on top of the cost of them. These are, for many people, financially straitened times, and those who’ve just forked out hundreds of pounds on a season ticket may be unwilling or unable to pay more just a month after the start of the season. And this match was, of course, broadcast live on TV, which gives fans who are unable to or don’t want to pay an extra £30 (or more) to go this match an option, should they wish to stay at home.

Everybody already knows the jokes about the ‘Emptihad’, of course, Manchester City supporters better than most. The supporters of the biggest, noisiest clubs love to throw their weight around on this subject, but it’s important to take such comments with the bad faith in which they’re intended. Manchester United and Liverpool supporters – among others, but particularly these two clubs – love this sort of thing. There’s an obvious reason for this. They were doing just fine in the decades prior to the arrival of Big Oil Money into the Premier League, and they don’t like sharing silverware with other clubs, particularly not a club that they would consider local rivals that they would previously usually beat.

Of course, the witless bantz of edgelords on social media doesn’t matter, and Manchester City supporters can afford to not be bothered by it all when they’ve won the Premier League five times in the last ten years. But this particular comment didn’t emanate from some anonymous Twitter user or other; it came from the manager of their club, and that makes it a different matter. Not only does it add fuel to the aforementioned edgelords, but it also implies a dismissive attitude on the part of Guardiola towards both the club and its fanbase. Whether that’s true or harsh, the general secretary of the official supporters club, Kevin Parker, certainly wasn’t happy with it.

Perhaps the problem is that Guardiola has worked in professional football for the whole of his life. People who work in the game never have to bite their fingernails over whether they’ll get a ticket for a big match, and they’ll never see a credit card bill at the end of a month when a run of cup matches all hits at once. People who have worked their entire lives in football haven’t had to make the journey of football going from costing a couple of quid every week to being something that requires a credit agreement for a season ticket. Guardiola joined Barcelona’s youth system at 13 years of age and the logistics of attending a football match have changed an awful lot since then.

It’s very easy for a top class coach to look up at the stands, see the empty seats, look down at the pitch and the team he’s managed to build, and wonder why this achievement isn’t being recognised at least by a full house for every home match, but people who are fortunate enough to work in professional football should take the time to stop and engage their brains before opening their mouths on a subject like this. There are likely plenty of people who would have loved to have been at the Etihad Stadium for this match but were unable to, and for a variety of different reasons.

Guardiola’s comments after the RB Leipzig were more ill-judged than outright damning. It’s possible to understand how perhaps the most talented coach of his generation might get frustrated at the fact that the Etihad Stadium doesn’t fill every week. Match-going Manchester City supporters themselves have complained about the lack of atmosphere inside the stadium on match days, and perhaps this problem is inevitable when your team is playing almost clinically clean football and rattling three goals or more against most of the teams that they play there. That such a comment should be made is an unfortunate reflection on the disconnect between those who work within the professional game and those who pay for it, and an unfortunate distraction from an outstanding evening of football.