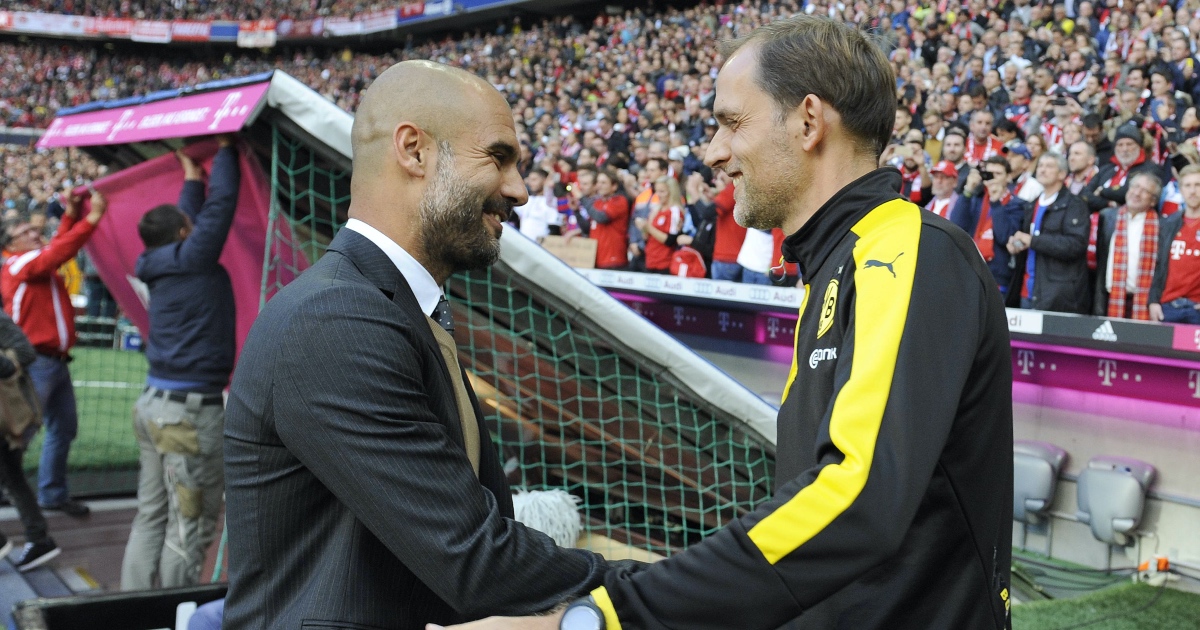 Before the start of the season, in the wake of Chelsea’s £70million acquisition of Kai Kavertz – their seventh signing of the summer – we said ‘competition is just as likely to breed fractiousness as it is improvement‘, as we predicted that one of Frank Lampard’s greatest challenges in his bid to bring the title back to Stamford Bridge would be in keeping all of his multi-million pound assets happy.

As it turns out, there were many, many reasons beyond man-management and player power that led to Lampard’s position becoming untenable, but his decision to completely ostracise Antonio Rudiger and Marcos Alonso at the start of the season reportedly left the whole squad ‘bewildered’ and started a negative spiral of internal discord from which he was unable to recover.

Thomas Tuchel now faces that very same challenge and should look to replicate the work of Pep Guardiola, who manages a squad similarly brimming with expensive, top-quality players and yet somehow continues to masterfully avoid any backlash from those that inevitably warm the bench.

Ferran Torres has started just eight league games since he arrived in the summer, but there is no cause for concern, no case of itchy feet, no questions asked as to why he isn’t playing more. Bernardo Silva and Riyad Mahrez – clearly wonderfully talented footballers deserving of a consistent place – have started 14 and 13 games respectively, but there’s scant speculation over a move elsewhere. And when there is, the first inclination is to call bullsh*t – players don’t leave unless Pep wants them to leave.

Other than Leroy Sane, no player wanted by Guardiola has left the club in his four-and-a-half years in charge. There is constant speculation over Barcelona or Real Madrid poaching players from Manchester United and Liverpool, but not City.

It’s as though the City players are all residents of a harmonious version of the Overlook Hotel. While Jack Torrance becomes one with his bloodcurdling surroundings that drive him to insanity, Phil Foden and the like have been similarly brainwashed at Hotel Guardiola to fear the unknown: You mean just… leave the Etihad? It is so F***ING typical of you to create a problem like this when I finally have a chance to accomplish something!

And that is Guardiola’s trick of course – not that the promise of success is an act of deception. But the guarantee of glory under Guardiola makes the pill of disappointment at being left out far easier to swallow, just like Torrance’s stay at the Overlook is worth the horror his family endures as it gives him the best chance of finishing his play.

When and why Guardiola selects players obviously plays a part in the enviable squad dynamic. Interestingly, he often leaves players out when they’re playing well: Gabriel Jesus scored two in two before being put on the bench against Liverpool; Mahrez got a goal and an assist against West Brom but didn’t feature against Sheffield United; both of Torres’ Premier League goals have been followed by his absence in the following games.

That seems illogical, but while the initial assumption would be that those players were annoyed at being dropped after a good performance, would they not rather sit on the bench having excelled rather than after a stinker? That way they know for sure it’s a decision made due to rotation rather than ‘rotation’. Perhaps another question for our resident psychologist.

Such calls are of course far easier when you’ve got such an abundance of players who can play without any noticeable dip in quality: a luxury theoretically afforded to Tuchel at Chelsea.

But it’s an uneasy luxury in the German’s case. Unlike Guardiola, these are not his players, they weren’t signed to fit his system and many of them are woefully out of form.

Three wins and a draw in a ‘feeling out’ period is very impressive. We’ve learned that 3-4-2-1 is Tuchel’s preferred formation, that he loves possession, that he’s not xenophobic against Englishman or in favour of Germans, that he’s happy to play wingers at wing-back, and that he’s learned that Mason Mount is undroppable.

All this means that Tammy Abraham, Olivier Giroud, Timo Werner, Kai Havertz, Hakim Ziyech, Callum Hudson-Odoi and Christian Pulisic are all fighting for two spots in the current formation. Hudson-Odoi has played as right wing-back and Pulisic could possibly fill that role, but to accommodate them, Reece James would then have to miss out.

Understandable though Tuchel’s move to this formation is – a reversion to a similar set-up to that of the last title-winning team under Antonio Conte – the top-heavy squad means the end goal must surely be 4-2-3-1, or something close. The solid start makes a change less tempting and more risky, but the move would not only placate the Chelsea fans who can’t help but dream of what might be, but would also appease more of the expensive new signings – presumably with sizeable egos to match their status.

Like Guardiola, Tuchel has got one of the best squads in Europe. But he’s a long way off the Man City levels of blinkered internal focus that Guardiola has nurtured. While that absolute trust and stability has grown over a period of years at the Etihad, Chelsea’s flatpack successes are always built on a preceding failure – whether perceived or actual – after the players have condemned the previous manager for sins which boil down simply to not winning.

At Chelsea, perhaps more than any other club, the players hold the power. Managers are too fleeting; too exposable to change the ethos at a club where success is just recent enough to ignore calls for stability in favour of their policy of treating managers like curry house tupperware in the search of that next brief high.

With such a small window to work in and with the squad currently fractured, to pull off Guardiola levels of harmony would be tantamount to genius. But attempting to do so will be the key for Tuchel. He might get hounded by the media or the fans for tactical missteps or in-game indiscretions, but as manager of Chelsea, it’s the players that will ultimately get you. Keep them onside and it could be two seasons of glory rather than six months of ever-increasing whispers of discontent.