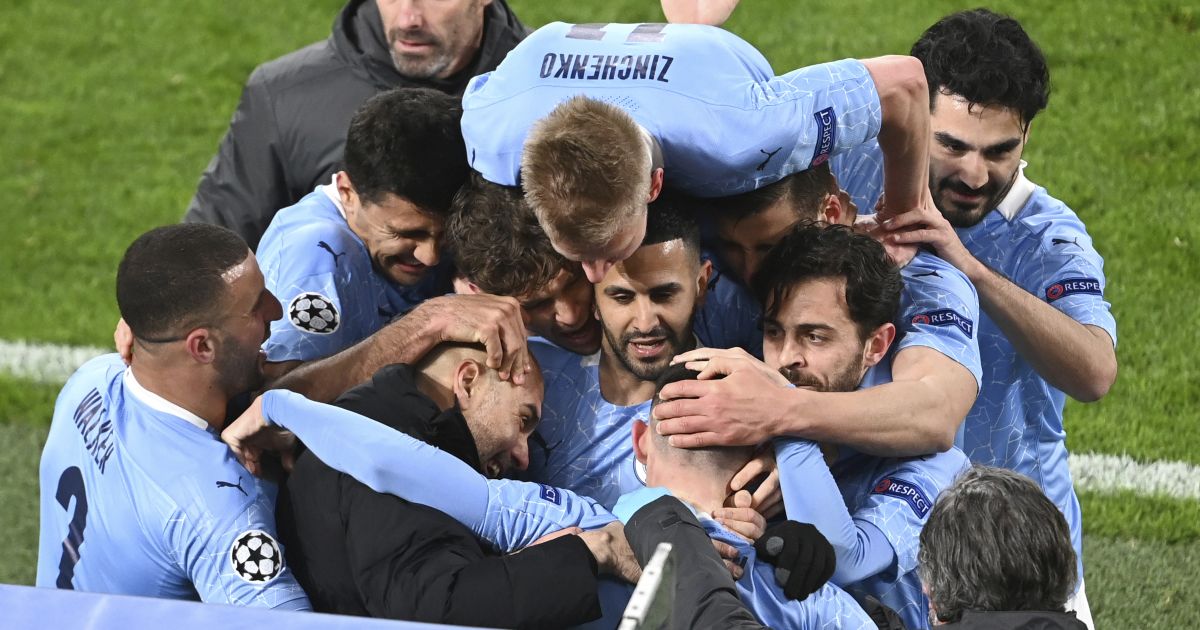 Manchester City never panicked. The players kept faith and Pep Guardiola did not waver. A first Champions League semi-final together is huge.

For Pep Guardiola, the perfect hat-trick. A first Champions League semi-final with Manchester City. A comeback from a losing position at half-time – away from home, no less. And an actual, real-life, genuine, bona fide conversion of a penalty. Three mental obstacles overcome by a team that would be forgiven for crumbling under the weight of expectation instead of using it as a platform at history.

The manager jokingly alluded to that pressure before their second-leg meeting with Dortmund. “If we don’t win, I’ll be a failure,” he noted. “And if we win, it’ll be ‘How good is Pep!'”.

It was an admirable understanding of the inner machinations of the wider football media, but equally an example of his annual European self-deprecation. Guardiola and Manchester City have become so adept at discovering increasingly ludicrous methods of shooting themselves in the feet that the Spaniard has grown to embrace that side of his reputation. Instead of fighting against being the butt of the joke he has owned it, leaned into it.

That inner peace has helped he and Manchester City grow. They matured together under the floodlights at the Westfalenstadion, a manager and team no longer paralysed by their past but instead thrilled by the future.

It is equally bright for 17-year-old Borussia Dortmund midfielder Jude Bellingham, 17, with the 17-year-old belying his 17 years with a wonderful performance in a Champions League quarter-final at just 17. That is a deeply chilling level of potential for a 17-year-old 17-year-old to possess.

His fine first-half strike – a striking reminder of the fact the 17-year-old is only 17 – certainly must have unnerved Manchester City. The visitors knew that progression was unlikely to be secured through a goalless draw, considering the attacking talents both sides boast. But Dortmund had five shots before Manchester City had their first: a blocked Riyad Mahrez effort. Memories of Monaco, Liverpool, Tottenham and Lyon surely lingered in the back of the collective mind.

As a club whose first Premier League title was secured by winning their final six games, scoring twice in stoppage-time of their last fixture, while their most recent championship came on the back of a flawless run from February onwards, Manchester City have long possessed a sort of self-fulfilling inferiority complex. Their hunger, desire, mettle and resolve has been questioned so often, particularly in this competition, that some degree of doubt has crept in. Many revel in describing this team as one that can be ‘got at’ and rattled. The only way to drown out that noise is with nights like these.

At no stage did Manchester City panic. There was no desperate scramble to score, no anxiety from the players that history seemed to be repeating itself. Fans understandably assumed the worst – it’s what supporters are supposed to do – but Guardiola and his squad trusted the process. They felt that Kevin de Bruyne testing the structural integrity of Marwin Hitz’s goal was a sign of greater things to come than an arbiter of doom.

Even when Emre Can decided to conduct an experiment designed to test the boundaries of the constantly changing handball rules, Manchester City were calm. A club that had literally never scored a penalty before Wednesday evening might adopt the noise of Riyad Mahrez’s spot kick rattling against the back of the net as their replacement for the Champions League theme.

By the time Phil Foden reminded everyone that he was told to push for a two-year loan in search of playing opportunities little over 12 months ago, the tie was done. Manchester City had stumbled and stuttered and stalled at this stage over the years but this was a relative stroll.

That alone will not appease some. A handful of constant critics would find a way to be unimpressed if Manchester City ‘fail’ to win the Quadruple this season. But this was a vital hurdle to conquer in the context of their past, present and future. The cliche from here is that every game is a cup final; it is mid-April and this remarkable group of players might still have three actual ones to contest.