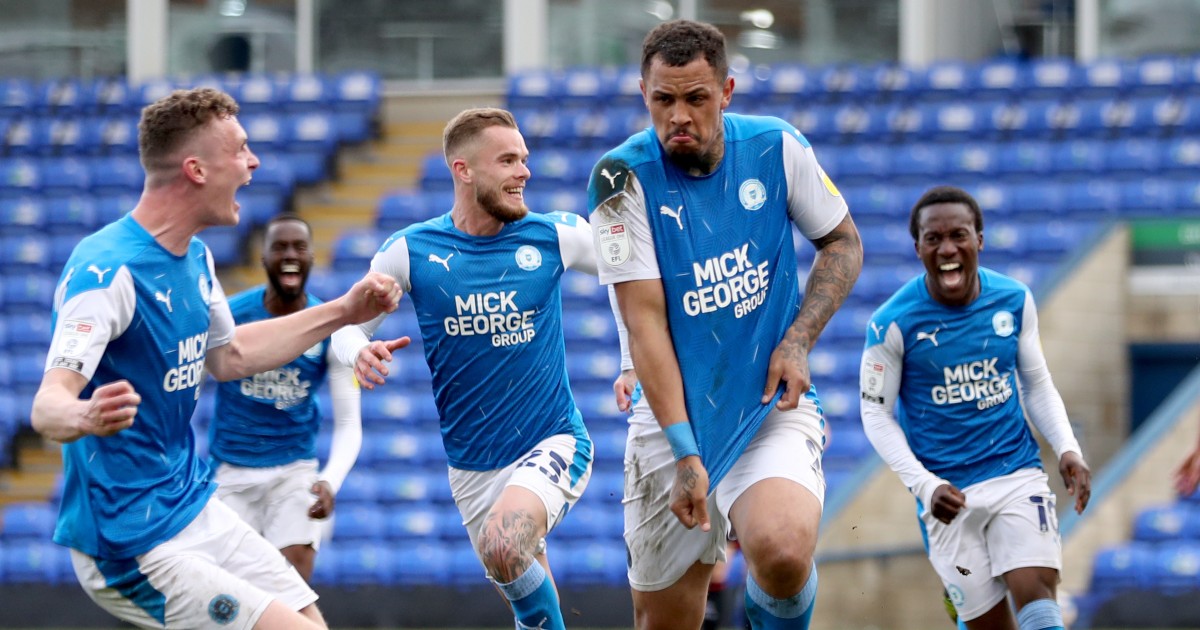 Peterborough are back in the Championship after an eight-year spell in League One and Darren Ferguson has assembled quite the squad.

Ladies and gentlemen, it gives me great pleasure to announce that Peterborough United are at it yet again.

An unusually quiet but sensible first month of the transfer window has given way to the Posh getting up to their old, savvy tricks. It’s a tried and tested format, with the same three men in charge of proceedings: manager Darren Ferguson, chairman and owner Darragh MacAnthony and director of football Barry Fry.

It is a well-oiled machine that looks like never running out of steam. Ferguson’s re-appointment at London Road in 2019 has brought success once more in his third spell in charge of the Northamptonshire club.

In his two full seasons back with the Posh, he delivered what could have been promotion in a League One campaign cut short and decided on PPG in 2019/20, Peterborough harshly but not unfairly missing out on a play-off place as a result. They left nothing to chance the following campaign with their home brand of exciting, attacking, direct-to-goal football storming the club to automatic promotion.

Back in the Championship now for the first time in a quite unbelievable nine years, and under the same management as they were in 2012/13, Peterborough are now on a mission to ensure their stint in the second tier is as consistent as their League One frustrations over much of the last decade.

Never finishing lower than 13th in the third tier in those eight seasons there, yet finishing 7th and 9th twice apiece, Peterborough had become the embodiment of so near yet so far.

Famed largely for their superb recruitment, but perhaps owing more to selling at big money and seeing those players – primarily a raft of strikers including but not limited to Britt Assombalonga, Ivan Toney, Jack Marriott and Dwight Gayle – go on to even bigger and better things, Peterborough are now ready to take that success on board themselves.

That recruitment has been increasingly solid across the board in recent seasons and the Posh now have a team so well balanced it could win gold at the Gymnastics in Tokyo. That is music to the ears of a side who scored an incredible 66 goals on their way to relegation from the Championship almost ten years ago. For context, they would score 13 fewer on their way to a credible 9th in League One just two years later.

But while this Peterborough side is blessed with its own hotshot in Jonson Clarke-Harris, who transformed himself from something of a young EFL journeyman into one of League One’s most feared strikers last season, there is talent sweeping right through the team. That has only improved this summer, and particularly over the past few weeks.

There will still be natural concerns about the step up in quality, but while Reading and Blackburn tread water and Derby County continue to tailspin out of control on and off the pitch, Peterborough will see survival as a very realistic proposition.

There is no doubting that had the Posh blown this chance at promotion, Clarke-Harris, among many others, would have been playing in the second tier this season. It is a system which has suited Peterborough so well: to know when to sell players at the height of their stock at the club and reinvest that money wisely.

Oftentimes, the most successful clubs up and down the football pyramid are run this way. Brentford, who with the helping hand, feet and head of Toney asserted their long-term rise to the Premier League having always known how to invest, sell, and reinvest in the squad. Leicester continue to gatecrash the top six – and maybe soon the top four – following a very similar method.

But at some point, just as Brentford turned continued improvement into a tangible promotion and just as the Foxes will persist in striving for Champions League qualification, Peterborough had to take the plunge themselves.

Getting to the Championship is no mean feat but staying in now is vitally important.

There can have been no better preparation for that than the work done off the pitch this summer, which has every chance of bearing fruit on it, starting this weekend and lasting the course of the next nine months.

David Cornell has been brought in to provide back up, cover or competition for the dominating Christy Pym between the sticks, while Peterborough did to Lincoln what so many clubs have done to them in recent years by taking one of their finest performers in Jorge Grant, who was so desperately close to reaching the Championship himself with the Imps. Having begun his career as a tricky winger with an eye for goal, the former Nottingham Forest youngster was identified by Michael Appleton as having more to offer in a deep-lying playmaker role, while still possessing an insatiable appetite for scoring from set pieces.

Josh Knight provides familiarity after spending the 2019/20 season on loan at London Road and being part of that Wycombe side which came oh so close to miraculously securing another season in the second tier for the Chairboys. That experience will come in handy for the Posh, while Kwame Poku and Joel Randall – signed from League Two Colchester United and Exeter City respectively – represent the raw talents who look destined to be transformed into something so much better.

They are classic Peterborough signings, with less than 100 EFL appearances between them but having already made such impacts on the lower echelons of the pyramid. This setup will get the best out of these two young, prodigious attacking talents.

Of course, no Peterborough summer would be complete without the signing of a main man who is going to score all the goals. At least, that has almost always been the case. It is only natural that strikers who score well into double figures and even past the 20 mark are courted by teams in the division above, but that is so much easier when Peterborough are still in League One.

Promotion ensured Clarke-Harris would be able to have his next shot at the second tier in familiar and beneficial surroundings, but the added support of someone who has been there and done it before for Peterborough in Jack Marriott provides help.

With his career not quite going to plan with disappointing spells at Derby and Sheffield Wednesday since leaving London Road, having the fans who used to sing his name with such glee could be beneficial all round.

That sums up the feeling at Peterborough going into this season. Wild optimism, great excitement and a more balanced yet classic Posh side than perhaps ever before. Peterborough really are at it yet again.