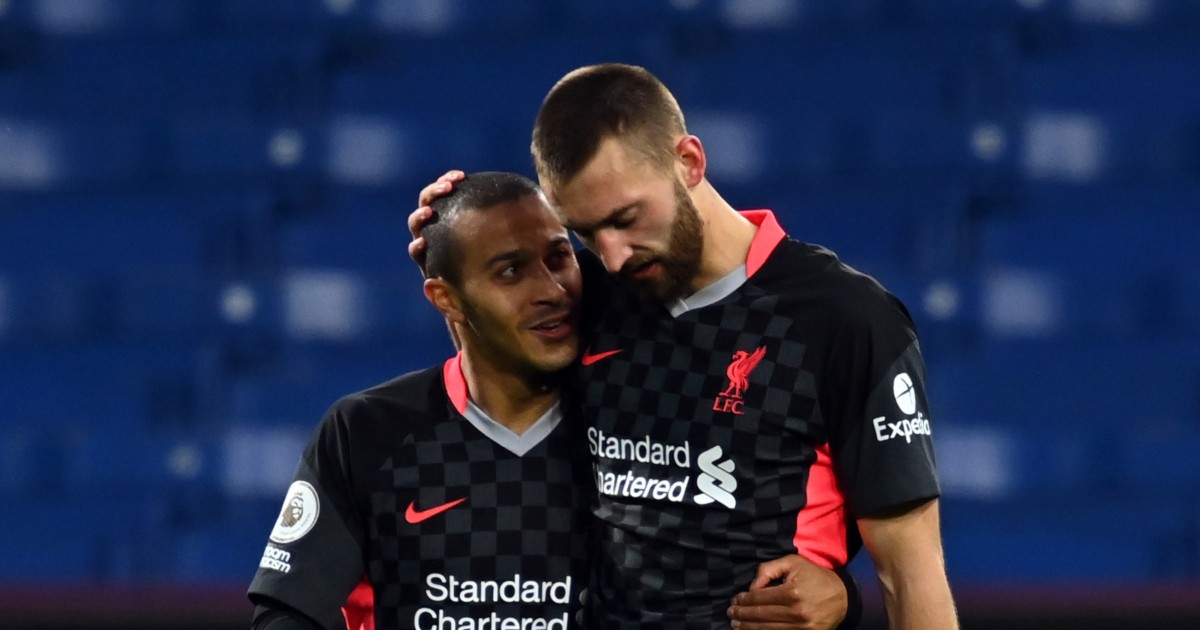 Nathaniel Phillips is channelling the spirit of Jurgen Klopp’s favourite player and Liverpool are loving it. They should reward him soon.

“I really think it’s a win-win situation. It’s a story really only football can write,” said Jurgen Klopp, rather underestimating the literary abilities of anyone unable to fathom the career of Divock Origi. The Belgian had battled back from injury and ignominy to author some of Liverpool’s most historic moments and earn a five-year contract.

It was just reward but also essentially the only thing the club could do. At that point Origi’s most recent goals, in reverse order, were: the second in a Champions League final win; a brace in a remarkable semi-final comeback against Barcelona; a last-gasp winner at Newcastle to keep their Premier League title hopes alive. Bring to the negotiating table his strikes against Everton, Borussia Dortmund and West Brom over the years and there is an argument to be made that Origi had been one of the single most influential players of Klopp’s reign. A renewed deal was an inevitability.

The case of Nat Phillips is similar but intrinsically different. Neither seemed suited to this team; both had spells on loan in Germany and were destined to be shuffled quietly through the exit door at some stage before unexpectedly underlining their importance when called upon. But while keeping Origi was more a symbolic gesture in respect of what he had accomplished, retaining Phillips is vital in terms of what he could still achieve.

Burnley away is perhaps his most favoured opponent, the centre-half’s idea of an enjoyable midweek break, an opportunity to wind down and head any ball that approaches into the nether realm. Phillips did indeed thrive at Turf Moor with his first Premier League goal and a clearance off the line in this crucial win. But he has become a player for all occasions, Klopp’s totem of reliability.

Not many people would guess the identity of the Liverpool manager’s favourite player. Karlheinz Forster was a European champion with Germany in 1980 and a World Cup runner-up in both 1982 and 1986. The central defender played for two clubs in Marseille and Stuttgart, the latter at which Phillips would impress four decades later. But the two share a key characteristic, a trait Klopp is truly enamoured by.

“I have always been interested in attitude more than talent – his mentality was exceptional,” the German once said of Forster. Phillips, who recently paraphrased his manager’s famous line about having “a first division brain but third division feet,” has needed such resolve in a testing season. He was thrust into the side through necessity for his debut against West Ham in October yet even when those injuries subside he has earned a place in the squad on merit.

One of the most important moments of the season for Liverpool turned out to be Nat Phillips' move to Swansea City falling through in the autumn. He's been absolutely immense and that performance tonight was his best of the lot. Has proved he belongs in the Premier League. #LFC

Alongside Rhys Williams, who was slightly and forgivably less stable, Burnley were just about held at head’s length. Sean Dyche and his side would have revelled in playing spoiler to Liverpool and blocking off their unanticipated route back into the Champions League. Chris Wood and Josh Brownhill certainly should have scored before Liverpool tempted fate by trying to magnify their goal difference in their penultimate game of the season. It worked on this occasion as Alex Oxlade-Chamberlain added a sparkle to the scoreline but this was no straightforward task.

Phillips made it look so more than anyone and that once difficult conversation that was to be had over his future now looks simple. The 24-year-old has two years left on his deal and so this summer represents his last as a saleable asset. Liverpool could genuinely command up to £20m on the basis of his last few months – perhaps even triple that if Bournemouth get promoted. Yet even when Virgil van Dijk, Joe Gomez and Joel Matip return, Phillips deserves to stand with them. He might never be the requisite standard to start every game for a side with Premier and Champions League aspirations with everyone available, but not everyone can be. There is a place for players of his attitude and application.

Origi is evidence of that, although his presence in this team since Madrid two years ago has sometimes felt a little forced. Phillips can be – should be – more natural proof that effort is at least as important as talent in this side.