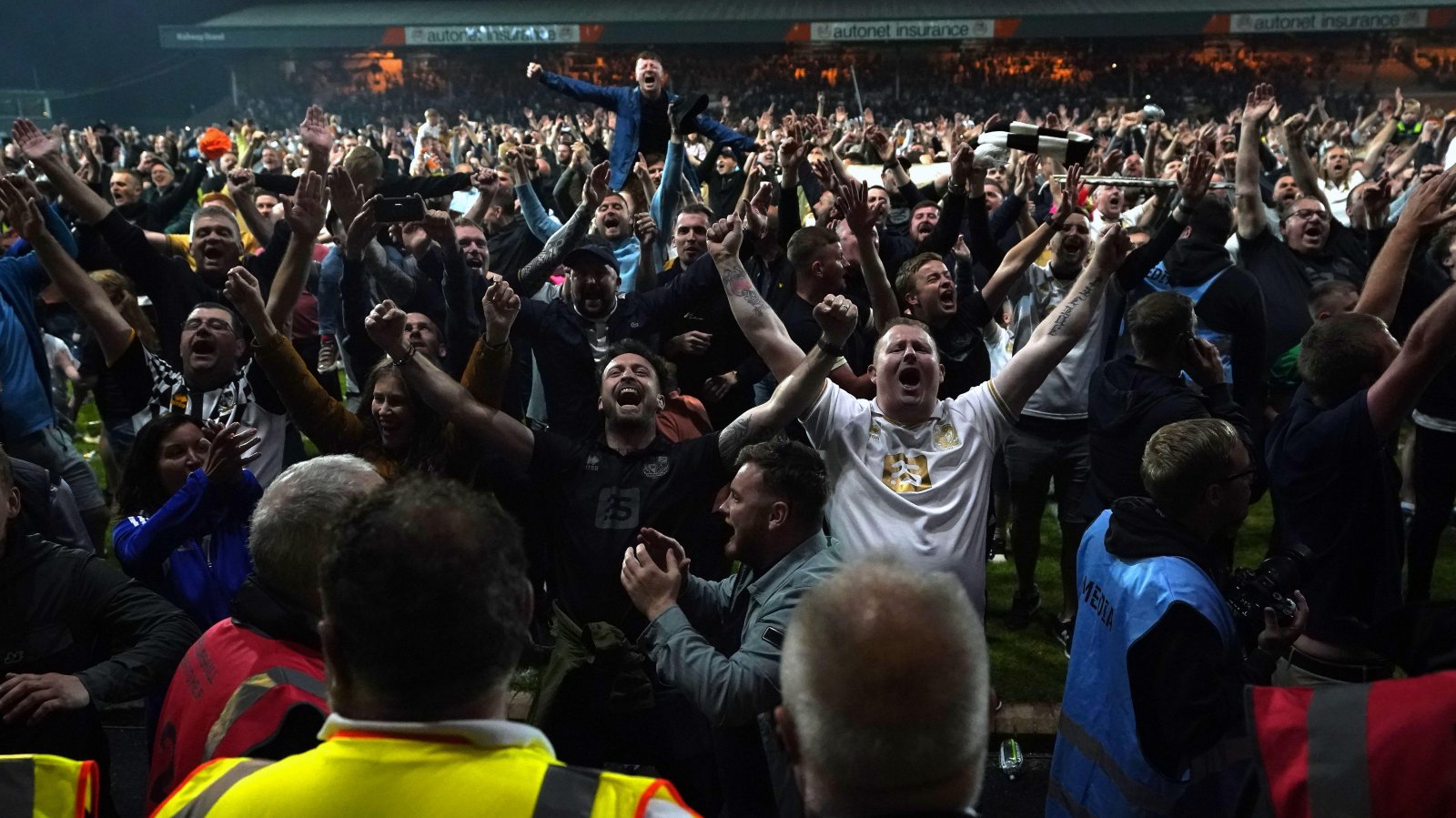 We need to avoid hysteria over pitch invasions and stop exploiting fan culture while simultaneously being absolutely terrified of it.

You can feel the hysteria building, like the sideline swells when joyous fans prepare to tread the turf of the clubs they’ve supported for years.

‘Ban ’em, arrest ’em, birch ’em, transport ’em down under to watch the Aussie A League,’ came the cries of the powers that be and the hangers on in the people’s game that doesn’t like the people.

There’s no such thing as a pitch invasion because you can’t invade something which wouldn’t exist without your support. You can’t invade what’s originally yours.

This game is our game and these are our football clubs, where fans shouldn’t feel scared or ashamed of taking to the pitch.

Of course, there will be one, two or a fair few absolute b*ll-ends that decide to have a crack at opposition fans or players. But as usual, for the history of managing football disorder, reasonable punishment should be the order of the day rather than overreaction or the creation of another moral panic like the mugging “epidemic” of the ’80s which was largely a press creation.

The media simultaneously exploit fan culture and are absolutely terrified of it. The technicolour focus on smoke bomb coach greets (which aren’t flares by the way), but a real fear of the people that hold them and the mass power they hold in showing that, despite the pay-TV grip, football will ultimately be the fans’ game.

Coloured smoke processions haven’t just been at matches, they’ve been used for protest action against errant owners and the European Super League. It could just be that fans are getting closer to cracking the greatest foot and ball swindle in sporting history of the game’s cultural theft by corporate interests.

The people who spend every waking minute protecting their brands and tracking customer trends know that all too well.

We’ll soon see the pitch incursion fad die down (it’s the end of the season, don’t forget) but don’t be surprised if current events are used as an excuse not to legislate for the roll-out of safe standing.

A return to mass standing in grounds might mean cheaper tickets and a few of the poorer types forced out since the creation of the Premier League finding their way back into stadia.

This remains the people’s game where fan culture is misunderstood and the people really aren’t wanted.