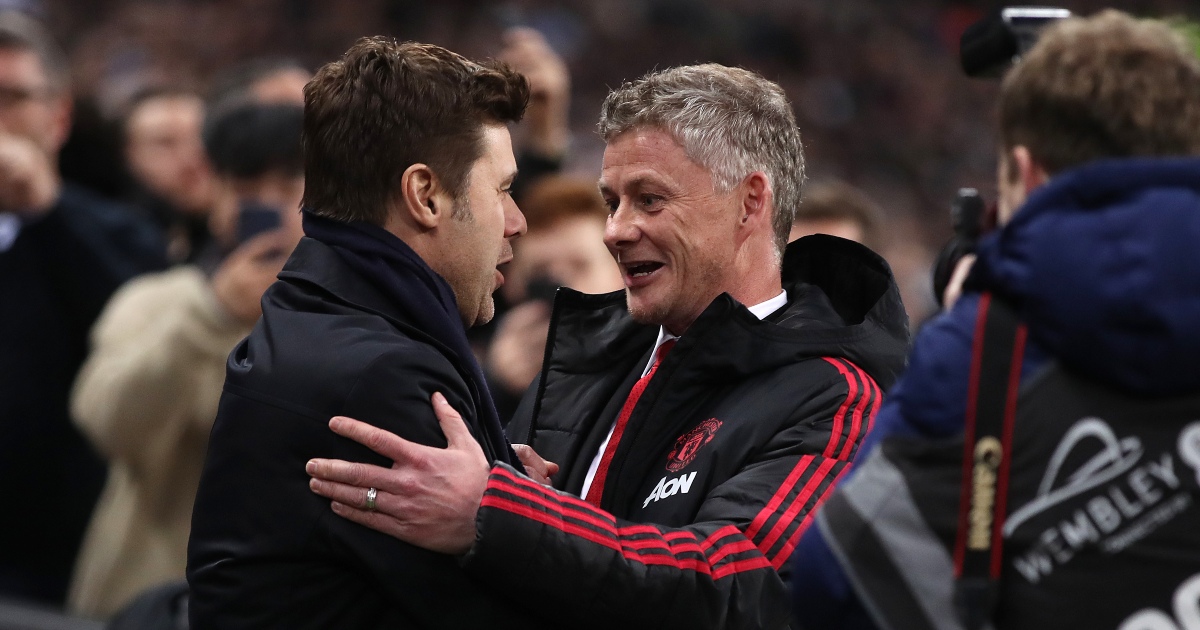 Mauricio Pochettino to Manchester United is an outcome Spurs fans have long feared. Antonio Conte means they can probably handle it right now.

It’s an outcome Spurs fans feared long before their own club sacked him in 2019: Mauricio Pochettino, Manchester United manager.

It’s never felt closer than it does right now, with United apparently keen to bring the Argentine back from Paris at the earliest convenience rather than waiting until the summer to finally get their hands on a coach they could have appointed with great ease at any point in the 13 months between his Spurs exit and rocking up in France to coach some galacticos.

Pochettino is apparently keen, and you can see why. Although a PSG player back when they were a very different side, Pochettino has never really felt like a good fit for an oil club. He is, at his core, a moulder and developer of players rather than a coach of the super elite.

His influence on PSG has felt at times as nebulous as Ole Gunnar Solskjaer’s on United, just at a higher level. Is he actually making much of a difference there, or do some of his excellent players occasionally just get the job done because they are excellent players?

Manchester United, absurd as it may sound, might actually be a better fit all round. First, it’s in England, where Pochettino’s reputation and standing is at its highest after what he achieved with first Southampton and then most notably at Spurs.

But also within that United squad itself. While there is a certain irony in the possibility that Pochettino, the man who works best with prospects and young talent, might now end up the first and most likely only manager ever to work at club level with the two transcendent players of their generation in the same season, there are also plenty at United who look perfectly primed to benefit from the Poch effect.

United would almost certainly be a better team with Poch in charge.

But never mind that. What would Spurs fans make of it? The timing changes everything. There is a long history of Spurs players gallivanting off to United and enjoying great success. Teddy Sheringham, Dimitar Berbatov and of course United’s latest interim manager himself, Michael Carrick.

It’s a supply line that’s dried up in recent years, though, with United’s interest in Toby Alderweireld, Eric Dier and Harry Kane never amounting to anything.

Pochettino would be different thanks to his French sojourn in between, but he remains a hugely popular figure at Spurs and it will be tough to see him back in English football elsewhere. Assuming, dangerously, that United don’t make a bollocks of it again.

For Spurs, now would be a less painful time to see Pochettino finally turn up at Old Trafford than at almost any other point since he first arrived at Spurs. Only in the very immediate aftermath of that 6-1 silliness early last season when all things seemed possible could Spurs fans have been better placed to shrug it off than they are now.

There remains a sense that Spurs have had United’s pants down in the last month, contriving to lose 3-0 to a side that has been busily getting humped in every other game. It forced Daniel Levy’s hand while earning Solskjaer a stay of execution. Spurs pounced for the best available manager in world football while United blundered on for another few doomed weeks refusing to accept the inevitable.

Pochettino turning up at Old Trafford and being all lovely and positive and probably doing quite well would eat into that narrative, but it wouldn’t obliterate it. Not while Spurs find themselves punching so very far above their own weight class on the manager front.

It does make it far less likely that Pochettino would be in a position to be Conte’s immediate successor when he inevitably huffs off gloriously into the sunset at some point in the next couple of years, and there remains little doubt that both club and former manager remain very open to the possibility of a reunion somewhere down the line.

But for now at least, Spurs fans find themselves in the unexpected position of being able to be happy for their ex. A little bit.