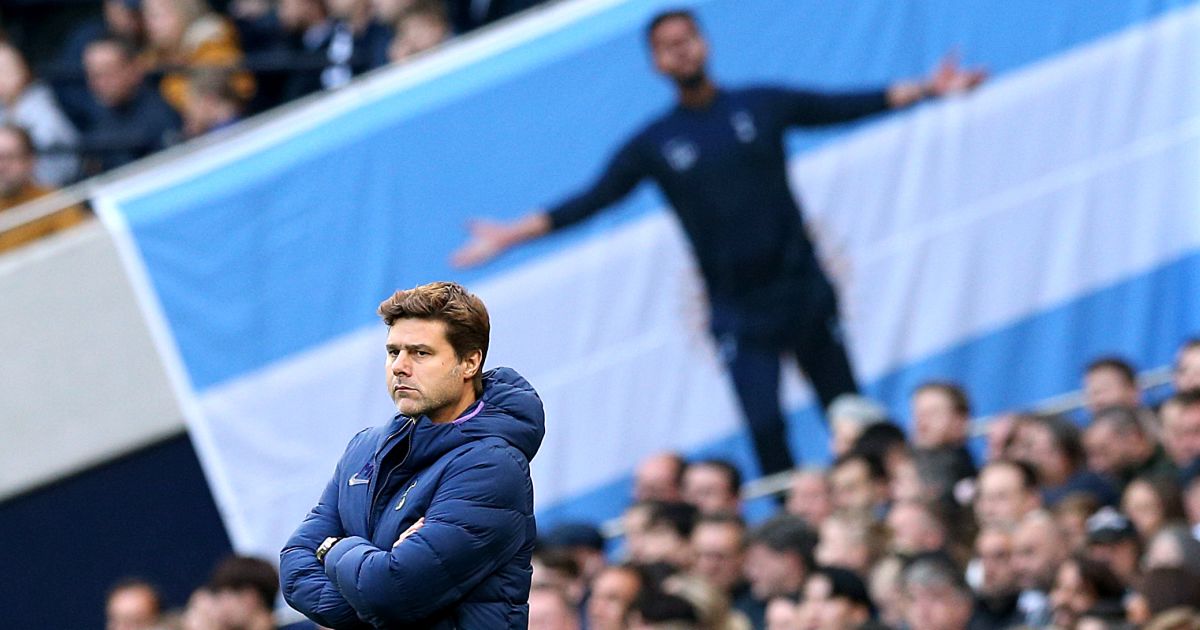 Mauricio Pochettino might be returning to Spurs. It’s a madness. It might go horribly wrong. It’s also probably a bloody brilliant idea…

“Before I die I want to manage Tottenham and try to win one title! It will be an opportunity to pay back fans for all the love they showed us. From the day that I left the club, my dream is to one day be back and finish the work we didn’t finish. Deep inside I would like one day to be back, this club is special.”

The idea of Mauricio Pochettino returning to Tottenham really isn’t as ridiculous as it sounds, you know. He pretty much told you all it would happen over a year ago. Now, his “dream” may be about to come true. It’s fair to say it’s one shared by a large number of Spurs fans.

There are a lot of instant reactions to this idea. The first is that Daniel Levy is one lucky sod if this comes off.

Next comes the thought that this isn’t really that much of a ‘shock move’ but in fact a highly predictable one on an accelerated timeline. Pochettino has unfinished business at Spurs, while when he signed an 18-month contract at PSG in January it didn’t take much mental arithmetic to come to the conclusion that his Paris stay and Jose Mourinho’s Tottenham misadventure could both end at a mutually convenient juncture. But Mourinho managed to hurry things right along and Pochettino has by all accounts already seen enough of the French capital.

Which, belatedly, brings us to the next and most important thought. Is it actually a good idea for anyone involved? There are, obviously, huge risks aplenty. Levy himself will have to swallow an unpleasant amount of humble pie, although it will be slightly easier to wash down knowing he get both an excellent manager and the ultimate peace-offering to a febrile supporter base out of it.

For Pochettino, there is the danger that failure might tarnish the memories of the good times he had at the club.

But it does really feel like it could actually be in everyone’s best interests.

Whatever your views on the timing and manner of Pochettino’s Tottenham exit, it was abundantly, painfully clear by then that really something had to give. He was in desperate need of a break and there was no doubt that the Champions League final changed him. He had spoken beforehand about possibly walking away had Spurs won that game against Liverpool and in hindsight should probably have done so anyway. He and Spurs were never quite the same after that. 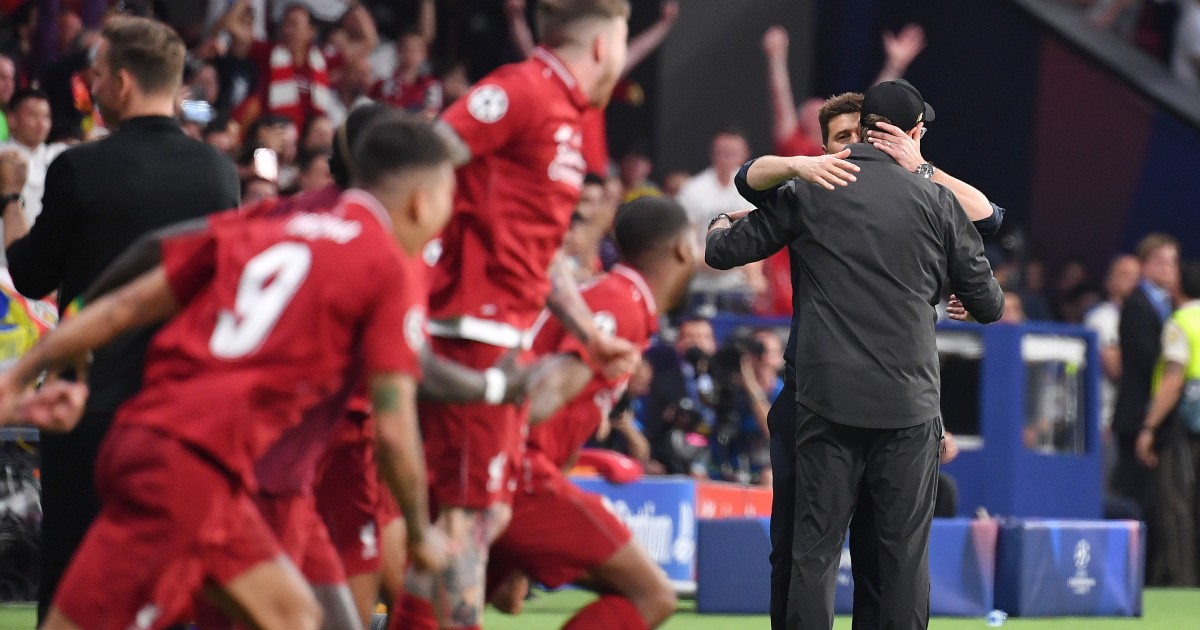 The actual sacking of Pochettino was never really the biggest problem; Spurs’ domestic form had been in the toilet for an awfully long time by then, Pochettino’s team having mustered only 25 points from 24 league games around and after that absurd and glorious march to Madrid.

The problem was all the mistakes made that had led to that position. The failure to adequately refresh – never mind improve – the squad as the new stadium build dragged on being chief among them. Pochettino himself was not blameless in that.

But whatever the road Spurs had travelled to reach the final breaking point in November 2019, it was a breaking point. Things were going very gravely wrong and the subsequent greater and more life-sapping wrongness under Mourinho doesn’t alter that fact.

And this is where Levy may have really, really lucked out.

Because Pochettino made it very clear that he had never lost his love for Spurs and now, having gone off to PSG and won some pots and pans (but not Ligue Un, he’s still a bit Spursy eh?) he has it seems discovered – or perhaps confirmed to himself – that the big job at a superclub might not actually be all it’s cracked up to be. His wife and son are still in London, and very possibly his heart is too.

It’s also no coincidence that a coach as gifted and coveted as Pochettino spent over a year out of work after leaving Spurs. It won’t have been a lack of offers. He was a man who needed a break. The new stadium, the Champions League run – especially the Champion League run – the stretched squad, the loss of form. It had all taken its toll. Pochettino was running on fumes. 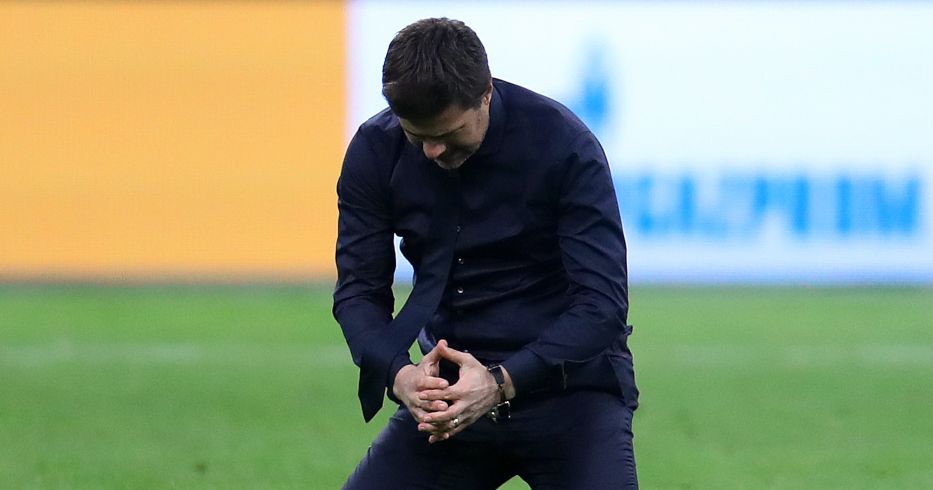 He’s now had that break, he’s also won some trophies and now he might well be refreshed and ready to come home and live out his dream. The Europa Conference is there to be won and Poch and Juan Foyth are just the sort of serial winners to do it.

From the outside, leaving a job like PSG for a top-to-tail rebuild at Tottenham seems like a madness, and it probably is, but that doesn’t mean it’s not the right move for Pochettino, Spurs and ultimately even PSG who can now get Zinedine Zidane or whatever. Nice big name. Great Champions League record. Perfect fit.

And a perfect fit is just what Pochettino was at Spurs. That hasn’t really changed. It even sounds from reports like his relationship with Levy is still very much intact. There are no bridges that need building here.

“We are acutely aware of the need to select someone whose values reflect those of our great club and return to playing football with the style for which we are known – free-flowing, attacking and entertaining – whilst continuing to embrace our desire to see young players flourish from our academy alongside experienced talent.”

You might just be in luck, Danny. And we really do mean luck.