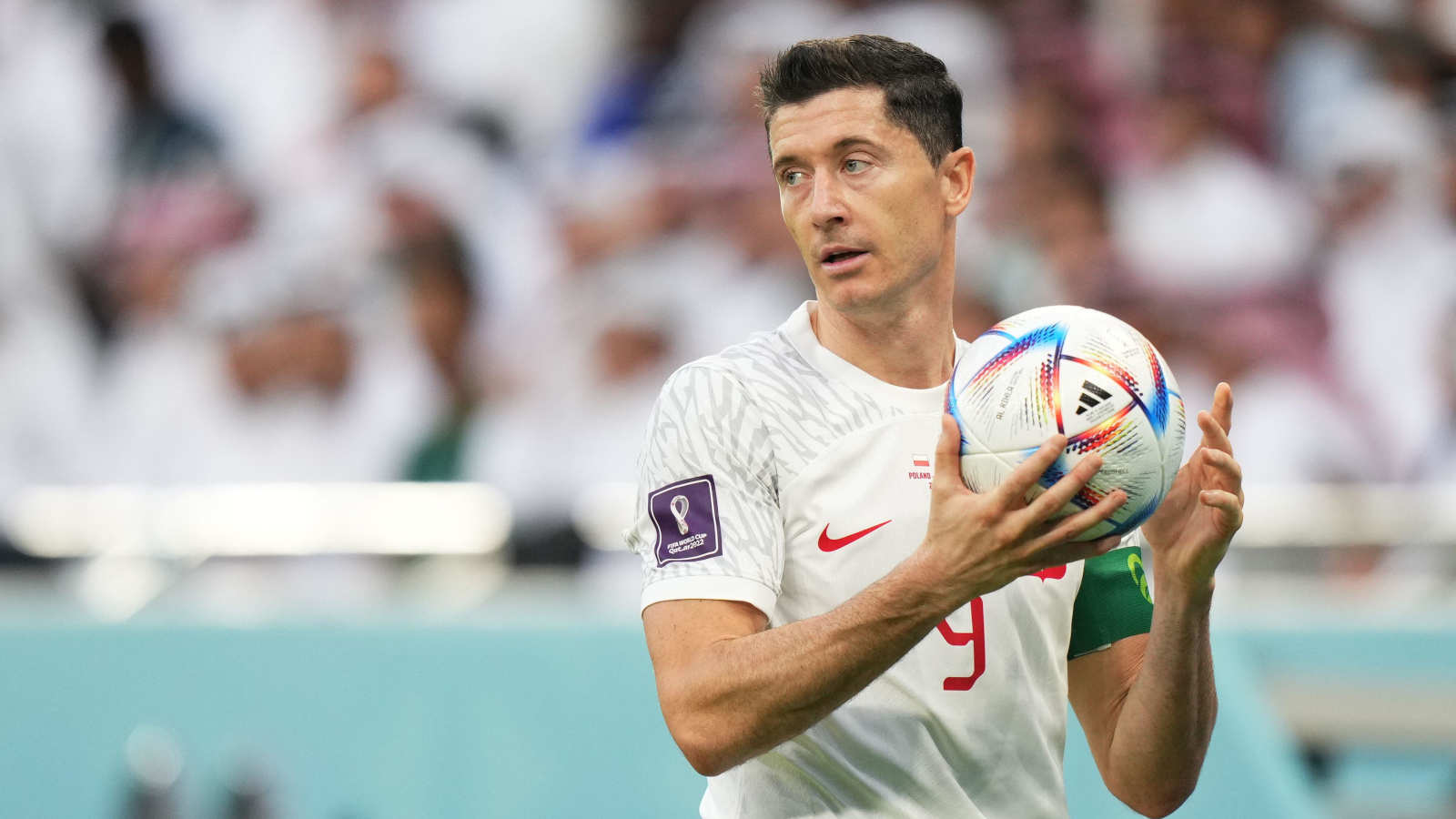 After failing to score against Mexico, Poland needed big performances from their big players. They got them from Lewandowski and Szczesny…

In the end, perhaps it’s the little moments of sheer quality that really make the difference. Wojciech Szczesny plays his club football for Juventus. Robert Lewandowski plays his for Barcelona. Both played a key role in securing a win for Poland which gives them an excellent chance of getting past the group stages of the World Cup for the first time since 1986 while puncturing the bubble of optimism that had built up surrounding Saudi Arabia since their stunning win against Argentina earlier in the week.

Lewandowski somehow went into this game still without his first goal in the World Cup finals, but his delicate touch teed up Piotr Zielinski to score their first goal and then added their second to put the result beyond reasonable doubt with eight minutes to play, while Szczesny pulled off a brilliant double-save from a Salem Al-Dawsari penalty kick at the end of the first half, a potential lifeline shortly after Poland had taken the lead somewhat against the run of play.

By half-time, Poland were definitely wiping their collective brow. They’d taken the lead six minutes from half-time, when Matty Cash’s cross found Lewandowski, who managed to turn the ball back for Zielinski to score from close range. But it only took five minutes for Saudi Arabia to be given a slightly soft penalty kick and a route back into the game.

Krystian Bielik’s challenge on Saleh Al-Shehri looked like little more than a tap on the ankle, but there was contact, Al-Shehri went straight down and, after a VAR interjection, the referee changed his mind and gave the penalty kick.

That gamesmanship stepped up a level. Lewandowski stepped between the taker and the ball, prolonging the amount of time that he had to think about taking it by a precious few seconds. If they were looking to unsettle the Saudi penalty taker, it worked. Salem Al-Dawsari, who’d been their hero during the win against Argentina earlier in the week, looked absolutely petrified as he stepped up to take the kick. His shot was tame and blocked by Szczesny, who then managed to turn Mohammed Al-Burayk’s rebound over the crossbar as well.

That fundamental difference between the two teams reared its head, with Saudi Arabia chasing the game. Roared on by a vociferous crowd, again they had played well throughout the second half and had created chances, but Poland looked more likely to score when they attacked, with Milik hitting the crossbar and Lewandowski hitting the post within a couple of minutes of each other midway through the half.

With seven minutes to play, Lewandowski, who’d already hit the woodwork on top of having had a penalty kick saved in Poland’s opening game against Mexico, finally took his chance. He had been edging closer and closer to finally making his mark, and when Abdulelah Al-Malki took his eye off the ball for a moment too long and let it escape from his clutches, the Barcelona striker nipped in, lifted the ball over the goalkeeper’s head and into the goal and finally put the result beyond further doubt.

Lewandowski’s tearful reaction to scoring spoke volumes for what the World Cup means to people. This was the 635th goal of his professional career, of which 77 have been scored for his national team. But it was his first in the World Cup finals, and that meant something. For all the fame and baubles that come with a lengthy club career, there remains nothing quite like the World Cup to tug at the heart-strings.

So the Juventus goalkeeper’s double save and the Barcelona striker’s goal and assist ended up putting Poland at the point of their first qualification from the group stages of the World Cup in more than three and a half decades. That’s what turned out to be the difference between these two teams. Saudi Arabia’s team has little to no experience of European football, and they didn’t have the sharpness that comes with over a decade each from these two players. In a game of fine margins, that’s all it can take.

There can be advantages to picking players from one league, most obviously considerably greater familiarity with the way they play. And it’s worth adding that only one player from a foreign league plays in the England team, too, so perhaps English people in glass houses shouldn’t throw quite as many stones on that subject.

Of course, it should also be added that the elite European leagues continue to attract almost all of  of the world’s best players. It’s the routine of playing at the level of the top European leagues that Saudi Arabian players were missing against Poland.

They got it right against Argentina, with an inventive but risky tactical formation that squeezed their high line to the point of breaking, but they came on strongly in the second half and seldom looked like losing the lead once they had it.

But in their second game, it’s not so much that they got it wrong, more that they missed those points of fine-tuning before ultimately running out of steam. Either the penalty or the rebound from the penalty should have been converted. By contrast, Lewandowski scored one and teed another up on a plate for a team-mate. That right there was difference.

The result of this is that Saudi Arabia go into their final match against Mexico with their destiny still very much in their own hands, but with one eye looking over their own shoulder. Poland lead the group for now, and Lewandowski finally has his first World Cup finals goal. He now faces off against Lionel Messi, in their final match of a group that looks set to go to the wire.

Read more: Clive Tyldesley writes for F365 on a Disney World Cup that leaves him anaesthetised not hypnotised