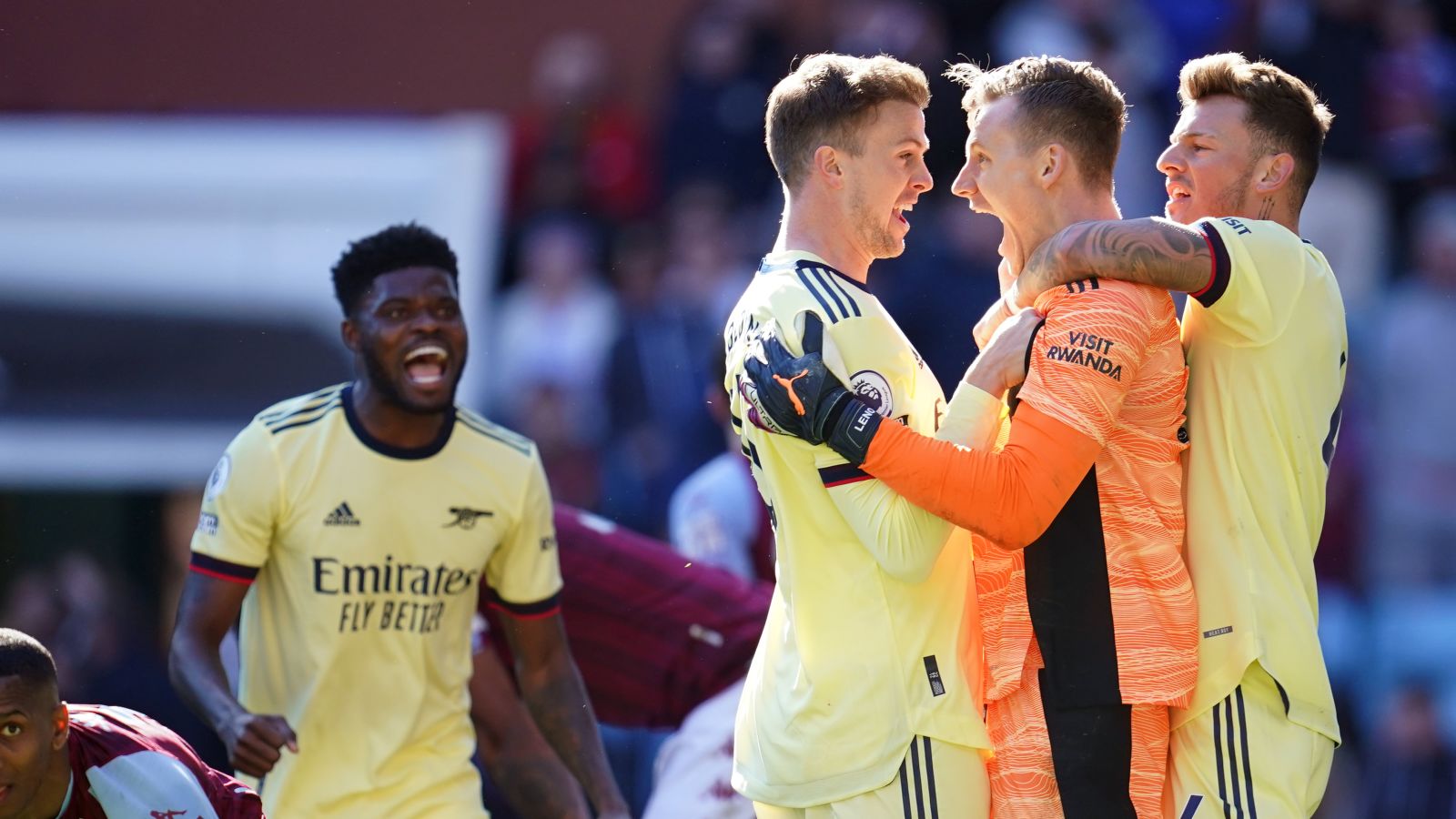 Even those soft lads at Arsenal should be allowed to celebrate after winning a game of football. That really should not be controversial.

Gabriel Agbonlahor there, on Arsenal’s win over Aston Villa. I know he’s not the only one but that only makes it more necessary to point out that this reaction is not okay. Seriously, this has got to stop.

There are enough depressing things going on inside and outside football right now, without ‘celebrating nice things’ becoming another one of them.

It’s time for us all to be proactive in policing the Celebration Police, a joyless group of dreary sorts determined to deny us any and all nice things from what is, after all, meant to be fun. I know it’s not always the case, but we are supposed to enjoy this f**king sport. We didn’t all start following it because we hated it. Lord knows once it’s got its hooks into you it brings along enough misery and heartbreak along with it, so don’t deny us the good stuff.

There’s a big part of us that doesn’t really want to draw any further attention to Agbonlahor. Gobby Agbonlahor, we call him. Not to his face. Not ’cause we’re scared of him.

He’s one of a drab sub-section of modern pundits, a gang who have observed from the wider media landscape the great success a grifter can enjoy simply by virtue of being ready and willing to say any old sh*t for attention and ultimately money.

We’re as guilty as anyone of amplifying those clickbait opinions on occasion. Indeed, whenever I see a headline in the format of “Pundit says [Club/Player/Manager X] must [Something F**king Mental]”, I like to play a little game with myself called ‘Agbonlahor or O’Hara?’.

It’s a blight on the game, tapping into and feeding directly on the tribal confirmation biases that litter it. We should all do more to try and ignore that kind of noise.

But sometimes, tits to that. Sometimes it needs calling out. This is becoming a recurring theme and it needs nipping in the bud. Essentially, the point is this: you can always, always, always celebrate a win and you cannot ‘overdo’ it.

It’s interesting and instructive that Arsenal have become the focus of this nasty, petty little fun-policing trend. There’s your confirmation bias right there. Arsenal are, in popular opinion, still forever trapped in the ‘soft’ final years of Wenger. This new tougher team are confusing and unexpected. They must still be weak, though, for they are Arsenal. Inconveniently, that is not manifesting in results so it must therefore be in their reaction to them.

Celebrating wins is for losers, apparently. Mocking apparently over-the-top celebrations has always been there, but this current vogue for it really began with Arsenal’s win at Wolves, then somehow survived the patent ridiculousness of Chelsea standing accused of unwarranted celebration after becoming actual world champions, and has now progressed to Arsenal’s win at Villa.

Now this was by any measure an important win for Arsenal. They’d built up plenty of momentum that could easily weather the setback against Liverpool, but a follow-up defeat at a dangerous Villa side would have constituted a significant setback in what remains a live battle for a top-four finish.

But they won. And it was a hard-earned win in which Arsenal had in the first half shown their attacking prowess and in the second their resilience. It keeps them firmly at the head of that race for fourth. It was, in short, a win entirely worth celebrating by any reasonable measure.

Agbonlahor and others know this, of course, because the whole argument is entirely disingenuous. Who was it, for instance, who noted of Steven Gerrard’s own wild celebrations after his first win as Villa boss that “that’s what fans want to see”? Yes, of course it was. And, equally obviously, he was right first time.

"Celebrating like he'd won a cup final, that's what fans want to see."

Not my words. Gabby Agbonlahor's after Aston Villa won their first match under Steven Gerrard.

But most significantly it doesn’t actually matter that this was a particularly notable win for an improving Arsenal side. Because there is no win that shouldn’t be celebrated, no achievement in sport that should make you reconsider a joyful emotional impulsive reaction. Because without that we might as well not bother. VAR has already robbed goal celebrations of their instantaneous outpouring of joy, and now celebrating at the final whistle should be taboo in all games that aren’t Champions League finals? Absolutely not.

It’s also worth stressing that PFM former players like Agbonlahor who espouse this kind of sh*te are doing something else beyond the obvious disingenuousness of it, beyond the basic “Oh, it’s Arsenal, there’s a narrative there to tap into” of it. There is at the core of this some twisted belief that celebrating anything other than the very biggest win possible is a loser’s mindset, and that the opposite is elite. That’s bollocks, frankly.

Celebrating success and enjoying it is a far more effective way of getting more of it than some performative guff about focusing only on the biggest thing.

The former Australia cricket captain Steve Waugh is your guide here. A harder-nosed, flintier-eyed competitor you will not find in any sport in the world, and his Australia team won absolutely everything for an annoyingly extended period of time. Yet absolutely core to their philosophy – alongside such things as “have several of the best players of all time at the same time”, the absolute pricks – was a fundamental belief in the simple joy of winning and the power that held. They enjoyed their success. They celebrated every win like it was their first or last. This did not dull their edge, it sharpened it.

Jurgen Klopp, for example, is a mad celebrator – arguably the one case where the Celebration Police might have a point being that time he got the whole team going crazy with the fans over a 2-2 home draw with West Brom. But look where Liverpool were then and where they are now and tell me he was wrong. It might have looked silly at the time, but it hasn’t done Liverpool any harm.

But again, even if there is no performance advantage whatsoever to celebrating a win, it still doesn’t matter. We cannot let something as fundamental to our enjoyment of sport as the simple act of celebration become just another front in these piss-poor culture wars of our times.