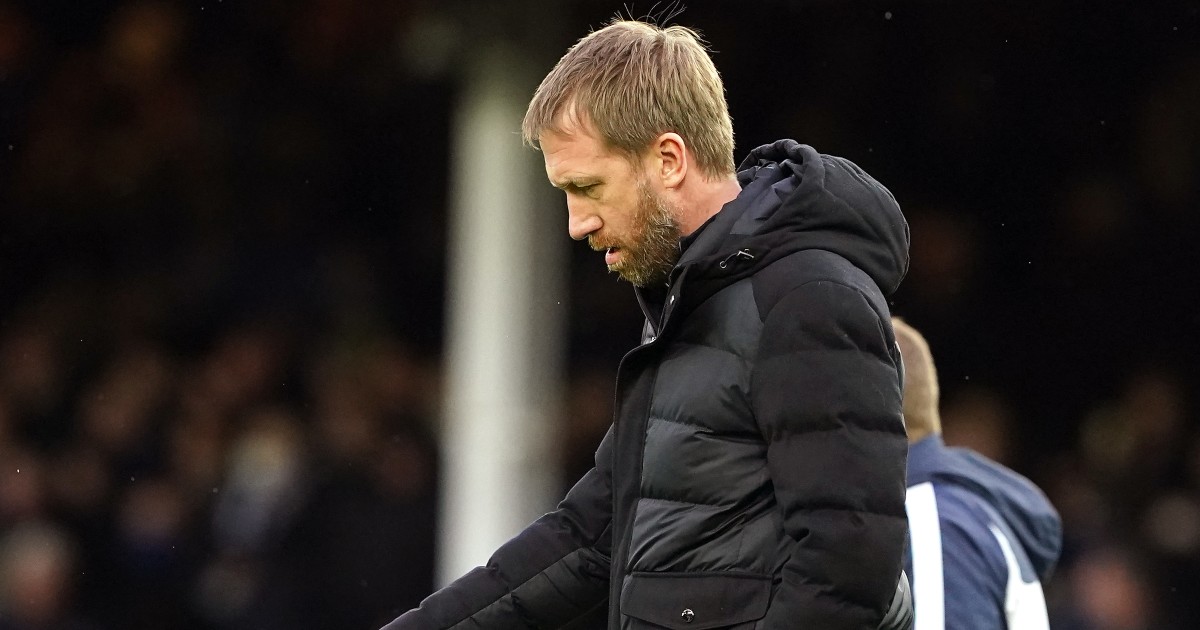 A decade on from Sam Allardyce joking about the perception of British managers, Graham Potter voiced similar beliefs. But times have changed.

It is 12 years since Sam Allardyce, during his time as manager at Blackburn Rovers, claimed that he was more suited to Real Madrid and Inter Milan than life at Ewood Park or Bolton Wanderers, where he hit coaching fame during an eight-year spell.

“It’s not a problem to take me into the higher reaches of the Champions League or Premier League and [it] would make my job a lot easier in winning it.”

Two years later, while at West Ham United, he famously claimed he would be managing a Champions League club if his name were ‘Allardici’ and not Allardyce.

Immediately after making both comments, the 67-year-old insisted he did so with his tongue lodged firmly in his cheek. But then and even now, having gone on to get the England job and lose it after just one game during the flames of a 2016 scandal, he has long had a chip on his shoulder about the level at which he sees himself working in comparison to the reality. He has bemoaned the lack of British representation at the top table, becoming the face of that particular disgruntlement, using the notion of perception – particularly the physical and direct style he has become synonymous with – as the main stick to beat those he holds responsible.

It is patently clear that Allardyce was giving a glimpse of his true feelings on both occasions. In his defence, the work he did with Bolton showed credentials for a greater challenge: helping pioneer the use of statistics, rarely seen in English football in the early to mid-2000s, to help with fitness and output; and creating a side that reached Europe, combining typical Allardyce grit and physicality with the flair of elder statesmen like Jay-Jay Okocha, Youri Djorkaeff and later a prime-aged Nicolas Anelka to create something quite special.

Making his case is difficult, though; especially now. It could be said that the majority of the best coaches in the world all currently reside in the Premier League, and none of them are British. There is nothing unfair about that, no vendetta and nothing to deny the growth of coaching on these shores.

Ironically, that is possibly at the strongest its ever been right now.

Praise be to Graham Potter, the Proper Football Man antithesis

Roy Hodgson, David Moyes, Mark Hughes and Harry Redknapp all had ‘top four’ jobs and couldn’t win any silverware in them, with only one lasting more than 18 months in the post. Alternatively, Pep Guardiola, Thomas Tuchel, Jurgen Klopp and Antonio Conte had titles to their name when they arrived. They are tactically progressive, too, finding new ways to adapt, avoiding getting stuck with outdated principles. It is hard evidence.

But what happens when the British coaches are progressive? In the wake of a change of culture, more players are emerging, but the coaches came first. Graham Potter is perhaps the most pertinent example. After a fairly modest playing career, he began working in Sweden, performing miracles with Ostersund before proving himself at Swansea City. Now he is on an unlikely European charge with Brighton after gradually pulling them away from constant relegation battles while instilling an expansive footballing philosophy – changing and adapting like the very best.

There are others who deserve credit in a similar sense. Eddie Howe, now at Newcastle, established Bournemouth as a Premier League threat with a similar style, as did Chris Wilder at Sheffield United. Eventually, punching above their weight caught up with them and they departed either before or after relegation. Sean Dyche, while perhaps more in the Allardyce mode, is facing that same challenge with Burnley.

But Potter is the man attracting attention. Links with the Everton job are just the latest in a long line, but interestingly, after a draw with Chelsea on Tuesday night, in distancing himself, he appeared to ape Allardyce.

“It is hard to be a sexy name when you are called Potter, especially if your first name is Graham. Then it becomes even more difficult to be sexy,” he said.

“Add into that a long face and a ginger beard and all the rest of it and I just have to stick to being a football coach and work with the players.”

Like Allardyce, Potter said this in jest, but again there is the suggestion, this time with more self-deprecation, that British managers may struggle in the elite job market because of the way they look, sound or generally come across.

But even those in the top jobs in Allardyce’s time, most of whom built big reputations abroad, are no longer in place. Sir Alex Ferguson and Arsene Wenger have retired, while Jose Mourinho and Rafael Benitez, both of whom have been called ‘defensive coaches’ just like Allardyce, are fighting to stay relevant, perhaps washed away by dismissals as yesterday’s men.

It is the style that matters, not the external viewpoint and perception. Potter’s team has been consistently growing against rivals with much deeper squads and pockets; if that continues, then regardless of anything else, he’ll get his chance and he’ll deserve it.