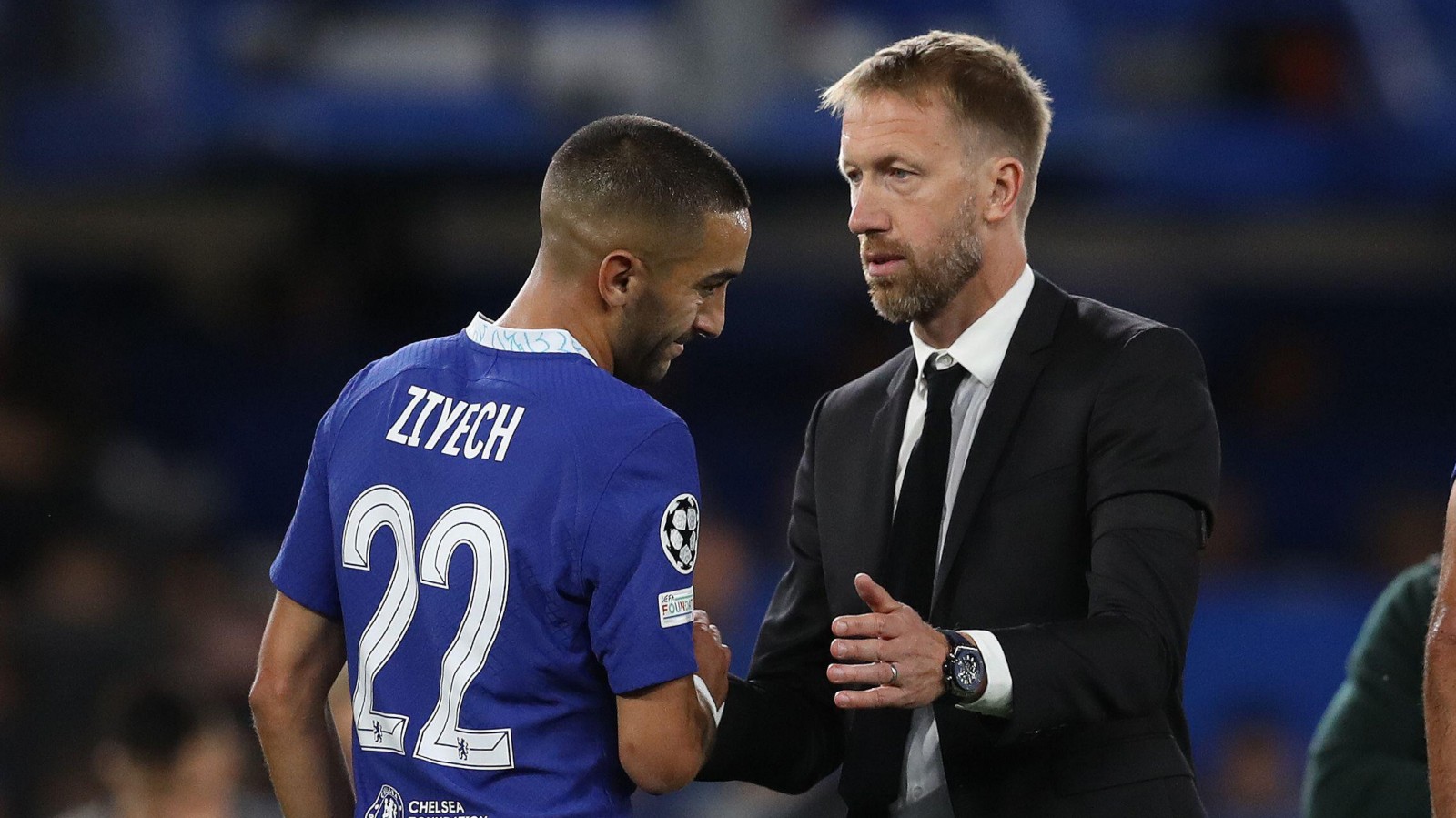 “I won’t give too much away to keep people guessing,” said Graham Potter when asked to explain the shape he envisioned Chelsea taking in his first game as manager against Salzburg.

It was an answer that would have provided discomforting familiarity for Brighton supporters, who spent little over three years trying to figure out what combination of square pegs and round holes would be showcased by the Seagulls next.

The prescience from Potter was also striking as pundits both broadcast and sofa-based spent much of the opening period decrying the deployment of Raheem Sterling at left wing-back. It barely mattered that he was quite obviously being used as a wide forward with perhaps even less of a defensive workload than usual.

But this is the nature of a managerial appointment, particularly in mid-season. The first few games are spent scrambling around for clues, those morsels of insight which tease an overarching vision.

On the basis of this match, Potter’s Chelsea are unsurprisingly a potent blend of Thomas Tuchel’s Chelsea and Potter’s Brighton. To expect anything different after six days and a handful of training sessions is foolish.

This was the archetypal performance from both the Blues and their new head coach: 17 shots to four and 72.1% possession at home, but a 1-1 draw to show for it. Haphazard finishing and a quite literal defensive slip undermined much of their collective hard work but it somehow felt apt.

There were flashes of what might lie in store. Marc Cucurella was understandably the most fluent Chelsea player in this new language. Sterling took his goal masterfully to crown an intriguing display. Armando Broja made his point from the bench and Ruben Loftus-Cheek had a similarly positive impact.

It reflected far less kindly on Pierre-Emerick Aubameyang and Kai Havertz, however. Neither were comfortable in their roles or this system and with Chelsea hardly short on attacking options, their opportunities to impress will be limited.

That pair had six shots between them, all off-target, while creating a combined one chance and completing zero dribbles. Even for a manager whose top Premier League scorer is Neal Maupay, that will not wash for long.

Potter at least played his part. After less than a week in London he has had a fade, trimmed his beard and swapped the usual trackies for a suit. Considering this was the equivalent of his first day at big school, the makeover was fitting.

But it will take longer than a few days and a visit to the barbers to light a spark in this Chelsea side. Tuchel’s reign started with a disappointing draw and he was crowned European champion four months later. A repeat seems just as unlikely.

The most encouraging thing for Potter is that Chelsea lack confidence and belief more than they do quality or any other factor currently. A Master’s degree in leadership, emotional intelligence and personal and professional development will be put to good use by a manager full of surprises.