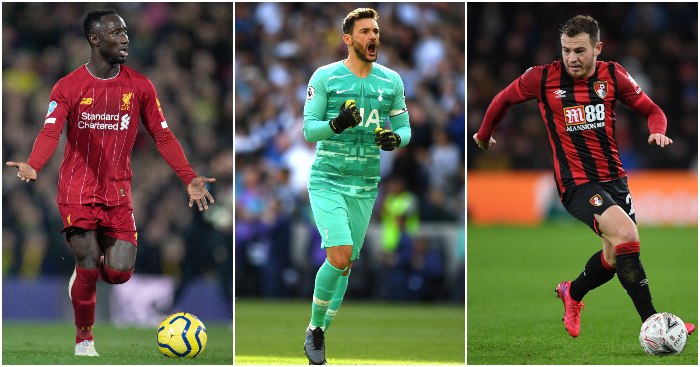 Almost every team’s got at least one, the player that fans struggle to admit they’d be better off without. It could be to earn a transfer fee to improve the squad, for the benefit of dressing room camaraderie, or to provide a path for younger, better players to emerge into the first team. Here is that player every Premier League club could actually do without…

ARSENAL: Mesut Ozil
Paul Merson bucked his normal trend earlier this week by hitting the nail on the head. He claimed that Mesut Ozil’s £300,000-a-week wages will remain a “huge problem” for Arsenal until he leaves the club – particularly as they try to discuss new terms with Pierre-Emerick Aubameyang. The striking talisman will be well within his rights to expect to become the club’s highest paid earner. In fact, given what he provides compared to Ozil, £10million-a-week would be fair. The German midfielder’s name still being sung baffles almost anyone except those that sit in the seats at the Emirates.

ASTON VILLA: Anwar El Ghazi
He may have four goals and four assists in the Premier League, but El Ghazi is one of the “cheats” Daniel Storey was referring to on the Football365 Show. One of the many in the Aston Villa team who allow Jack Grealish to do far more than his fair share, absolving themselves of creative responsibility.

BOURNEMOUTH: Ryan Fraser
Fraser’s head was turned so violently by speculation linking him with Liverpool last summer, it appears to have been unscrewed completely from his neck. Just one goal and four assists this season, after seven and 14 respectively in the last campaign. Available for free at the end of the season, if anyone still wants him…

Ryan Fraser has not got a ‘Bournemouth Legacy’ – he had one fantastic season and got too big for his boots and now he wants out, I wish him the best but I’d rather he leaves, dont want someone like that at the club n that’s the painful truth some of you can’t seem to accept https://t.co/Zg44GamRAP

BRIGHTON: Glenn Murray
Double figures for goals in Brighton’s first two seasons in the Premier League solidified Murray as a Seagulls legend, but at 36, his time is surely up.

BURNLEY: Robbie Brady
If Burnley can keep hold of Dwight McNeil, the winger signed from Norwich for £13.5million in January 2017 is simply surplus to requirements. It’s not quite worked out for him at Turf Moor anyway.

CHELSEA: Cesar Azpilicueta
This will be a painful one for Blues fans, he’s a Chelsea legend. Among the best one-on-one defenders in Premier League history, the Spaniard was at his prime when playing in the back three in Antonio Conte’s title-winning side. But it’s got to the point now where him playing over Reece James at right-back weakens the team. Frank Lampard is unlikely to let him leave the club, his leadership skills will be invaluable, but he may be reduced to a watching brief, more often than not.

CRYSTAL PALACE: Mamadou Sakho
Gary Cahill was a brilliant defensive signing for Crystal Palace, and it doesn’t really matter who’s playing at the back in a Roy Hodgson team, they will always be miserly. Sakho has been hampered by injury, but they haven’t missed him in his absence. They could recoup a decent chunk of the £25million they paid Liverpool for his services in the summer of 2017, to spend on other areas of the pitch in which they are severely lacking.

EVERTON: Gylfi Sigurdsson
After what was a very good last campaign in terms of numbers for the Iceland international (13 goals; 6 assists), it’s been a lean season for Sigurdsson. Just one goal and two assists is not what you expect from the former Swansea hero, or maybe it is? He’s a difficult player to work out. Can’t imagine he’d be missed all that much…

LEICESTER CITY: Ben Chilwell
Leicester seem to have plucked the £75million asking price from thin air more in hope than expectation. If Chelsea are stupid enough to pay that much, they can have him. They bought their other starting full-back, Ricardo Pereira – arguably twice the player – for just £19million last summer, and would be confident of finding a like-for-like Chilwell replacement for little more than that fee.

LIVERPOOL: Naby Keita
I got pelters for claiming it was now or never for Keita back in November. And despite Liverpool fans (who clearly didn’t understand the concept of ‘now or never’) being very eager to point out I was wrong as soon as the midfielder did anything resembling something half decent, that hasn’t happened more than once – which tells you everything you need to know. He could become the first Premier League winner for his country, but that may be the last hurrah…

MANCHESTER UNITED: Paul Pogba
Does anyone still want Pogba in the Premier League? I mean really? The future at Manchester United looks as bright as it has done for a very long time, with Bruno Fernandes the consistently brilliant midfield playmaker Pogba has failed to be. And now United look half decent again, Pogba wants to stay. But as history has shown us, he is far more likely to rock the boat than keep it on course to potential glory. It’s time he walked the plank.

NEWCASTLE UNITED: Jamaal Lascelles
The Newcastle captain was seen as a potential England defender last season but, ahead of Euro 2020, Lascelles is no longer even part of the conversation, despite the struggles Gareth Southgate is having in finding a partner for Harry Maguire. We named him in our top ten players who’ve regressed the most this season.

NORWICH CITY: Sam Byram
This was a difficult one. Despite being bottom of the Premier League, the Norwich squad is among the most harmonious around, with all seemingly pulling in the same direction. Byram may well be needed next season as both Max Aarons and Jamal Lewis attract interest from top Premier League sides. But if the Canaries manage to hold on to their exciting young full-backs, he could be shipped out.

SHEFFIELD UNITED: N/A
I tried to think of one, and couldn’t. I asked our resident Blades expert, and after a good half hour of him waxing lyrical about the entire squad, he couldn’t either.

SOUTHAMPTON: Sofiane Boufal
He’s a very talented footballer, but one of the most frustrating around. His poor decision-making in the final third puts him below both Nathan Redmond and now Moussa Djenepo in the pecking order at St Mary’s. Due to his obvious skill, the Saints could easily fool another club into forking out a fair wedge to sign him.

TOTTENHAM: Hugo Lloris
Has there every been a goalkeeper so widely renowned who’s actually just not very good? France won the World Cup in spite of their captain and Spurs have long been impeded by his all too frequent clangers. But he does also make ridiculous saves…

WEST HAM: Manuel Lanzini
The Argentine is pretty but ineffective. He’s a luxury player not suited to a relegation-threatened side and a spate of injuries have inhibited his Premier League career. It’s time for the Hammers to cut their losses.

WOLVES: Conor Coady
Wolves fans weren’t happy when we included Coady in our ‘worst’ Premier League team of the season. But the stats don’t lie, he really doesn’t do very much. An important cog in Nuno Espirito Santo’s side he may be, and he is a fine leader. But given Wolves’ expertise in the transfer market, it’s hard to imagine they couldn’t find a better ball-playing centre-back relatively easily.