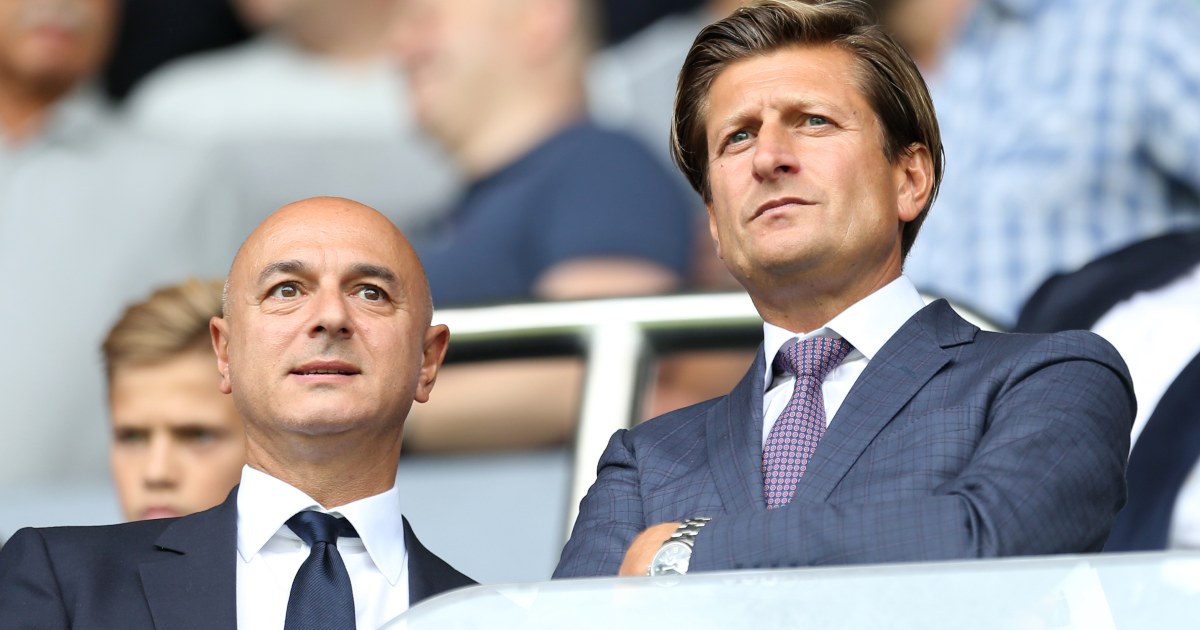 Spurs, Palace and Everton’s woes should serve as a note of caution to any club tempted to pin a bad start on their manager…

If nothing else, the mess Tottenham, Crystal Palace and Everton have got themselves into should serve as a warning to any Premier League chairman tempted to blame a bad start in the coming weeks entirely on their manager.

Indeed, the suits may want to reflect on their gratitude for simply having a manager. There but for the grace of God, with Daniel Levy and Steve Parish, go I. Maybe show him some love. Perhaps buy him that reserve right-back he’s been dropping hints about.

Because it seems any manager is better than no manager, as Spurs, Palace and Everton are discovering.

Everton at least have some mitigation. Carlo Ancelotti received an offer he couldn’t refuse and Farhad Moshiri can be excused for being caught somewhat on the hop by the Italian’s return to Real Madrid. Few saw it coming, so the Toffees hierarchy deserve an opportunity to gather themselves before reacting. Even if time is ticking…

Spurs and Palace have no such excuse. Jose Mourinho was sacked on April 19, well over two months ago, while Roy Hodgson’s age and future was hardly a secret. Nor did he hide it particularly well. That Palace had apparently done little in the way of succession planning before Hodgson was ushered towards the door is a damning indictment on the board.

Palace’s sense of urgency should have heightened by the fact they need to find half a squad this summer. Which, again, cannot have taken them by surprise. They may be looking for a head coach more than a manager but prospective playing recruits still want to know who they might be working under before they commit.

The inbox for Spurs’ new manager, whomever that may eventually be, is also close to toppling, with fresh faces required alongside a charm offensive to retain the elite talent they already have.

At least Palace and Spurs are trying. Or offering the illusion of doing so.

Both London clubs have invested time and energy in a variety of different candidates, with Mauricio Pochettino, Antonio Conte, Paulo Fonseca and Gennaro Gattuso all pursued to a point by Spurs, while Palace have chased Nuno and Lucien Favre without sealing a deal.

With the exception of Pochettino, the other managers are all available, and four of the five should be affordable. So why, with pre-season almost upon us, are Spurs, Palace and Everton still without a boss?

The reasons vary. Favre wanted a longer break than the six-month hiatus he has already enjoyed; Nuno insisted on bringing a team of backroom staff with him. Fonseca hadn’t accounted for the tax rate when he verbally agreed a contract; Conte insisted on a transfer budget larger than Levy was willing to fund; Gattuso just wasn’t welcome.

Together, they all point to a shift in the power balance between coaches and clubs. Coaches have never been more empowered to set the terms and conditions of their employment, while some clubs appear to be overestimating their authority, especially in the Covid era.

The three current vacancies should be attractive to prospective candidates in their own ways. Spurs are one of the elite – in stature at least – with a new stadium and training ground. A better physical environment to work in you will struggle to find.

Everton are demonstrating their intent to follow Spurs in that respect and with some astute recruitment and management, an opportunity exists to create at legacy at Goodison Park.

Palace, too, should be an intriguing prospect. Any manager coming in can help to shape their own future via the make-up of a squad that requires rebuilding. Providing Palace are offering the correct tools, it would make for a fascinating remodelling job for a confident coach seeking a challenge rather than an easy ride.

The fact that these clubs – one of the big six, a perennial challenger and a supposedly-ambitious, London-based top-flight fixture – cannot attract a suitable manager during hiring season should make their counterparts wary of pulling the trigger once the Premier League campaign kicks off.

Spurs and Palace have perhaps reflected wistfully on the dilemmas they pondered just a couple of months ago. With the season approaching and options waning, Palace especially will require some concessions or creative thinking to get themselves out of their managerial rut.