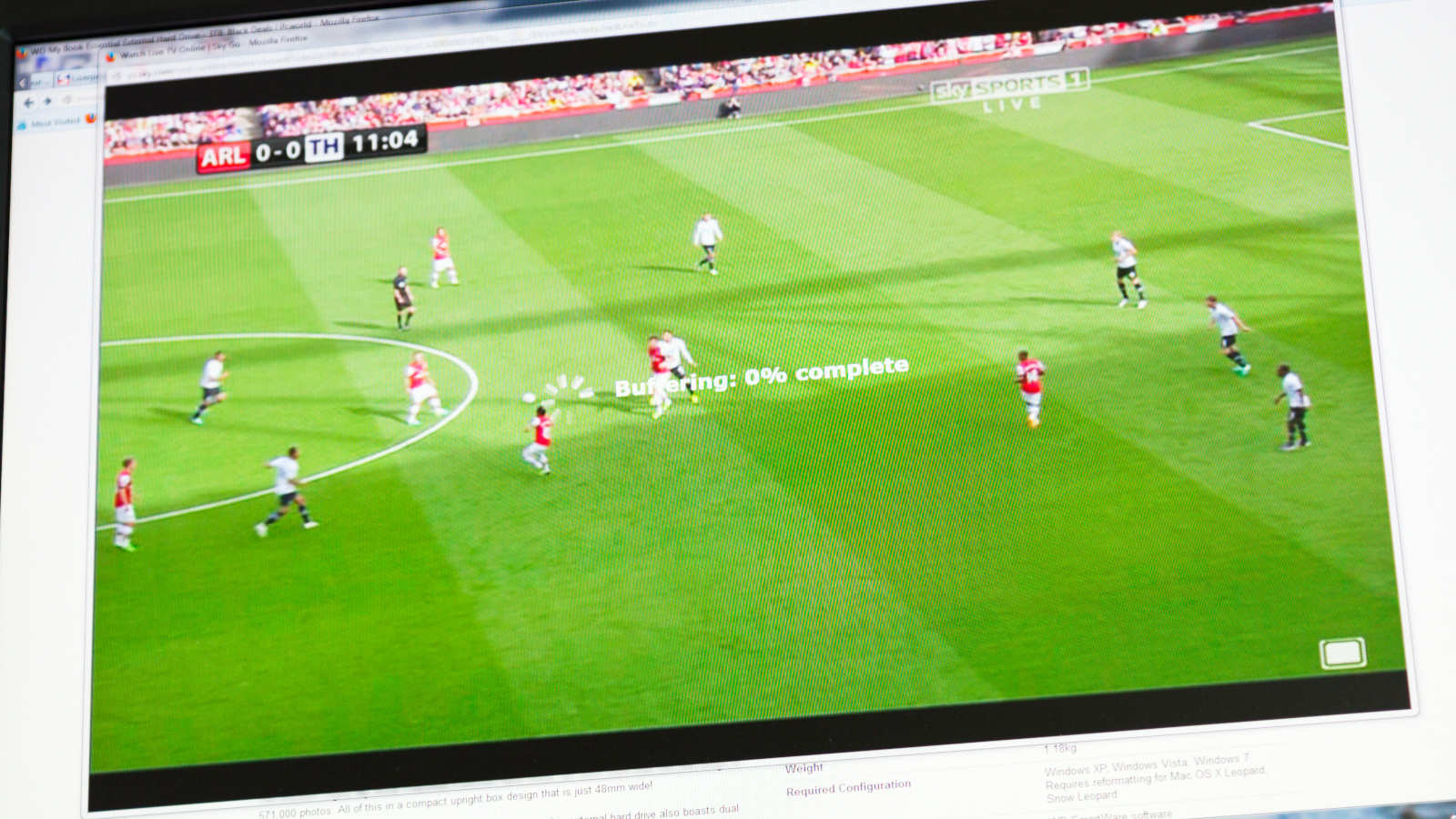 Piracy of Premier League matches remains rife despite high-profile prosecutions, but little will change while not all games are available.

One of the more curious anomalies of football in England has been brought back into the spotlight this week after a late addendum to the conviction of three men at Warwick Crown Court in 2019 for conspiring to defraud broadcasters and the FA Premier League. The trio were sentenced to 17 years in prison in total, with Steven King of Coventry sentenced to seven years and four months in prison. But following a further hearing this week, it was confirmed that King’s sentence will be increased to 14 years should he not surrender £963,000 in the next three months.

The operation is reported to have run for ten years. Domestic cards were provided for use in a commercial setting, through ‘card sharing’ and by internet streaming. King’s companies, Digital Switchover Ltd and Dreambox UK Ltd, supplied set-top boxes which were capable of receiving signals from foreign broadcasters, which were either downloaded onto a foreign server and then re-broadcast over the internet or by ‘card-sharing’, in which a signal was received and then re-broadcast.

Small wonder, then, that more than 1,000 pub landlords, suffering an unprecedented decline in sales in the wake of the smoking ban and the financial downturn caused by the credit crunch, were tempted into signing up with them. The defendants’ serious attempts to frustrate broadcasters’ efforts in investigating the fraud, which included the use of logo-blocking and watermarking techniques, was an aggravating feature in the length of sentences. For reference, 15 years is the baseline sentence for murder.

Ever since internet speeds have been fast enough to easily stream video, rights-owners such as the Premier League and rights-holders such as Sky have been playing a game of whack-a-mole with the pirates. And the reason why this battle has never been decisively won by either side is four-fold. Firstly, for those who can’t afford to pay the large amounts of money required to keep various TV subscriptions going, the streaming method is inexpensive and low-risk.

If you have an Android phone, you already own a device that could do it. If you don’t have any ‘smart’ technology, Android boxes remain widely available despite attempts to outlaw them and prices start low, at £20 to £30, while the likelihood of receiving any official sanction for using one is low to non-existent. A risk of malware being loaded on this software still exists, obviously.

Secondly, despite the profile of stories such as this one, illegally streaming clearly remains financially lucrative for those who organise it and popular amongst those who use it. Every time one of the better-known streaming sites has been taken down in recent years, replacements have appeared within days, or sooner. There has been no sign of levels of illegal streaming significantly falling, for all the efforts of those who are seeking to end it once and for all.

Thirdly, the determination of rights-owners and holders to see cases through to conclusion has kept them in the public eye. The companies in this case ceased trading four or five years ago – one of the curiosities of this case is that two of Steven King’s companies were listed on Companies House, meaning that their published documents are available for anyone to see – but the financial resources available to those who wish to prosecute mean that they will continue to seek them.

And the final reason may be the biggest of all: the 3pm blackout. Introduced by the Football League in 1967, the 3pm blackout is, depending on your viewpoint, a lifeline for the clubs within the English league system that are wholly dependent on match-day revenues or a remnant of the paranoia that clubs felt towards television when it was a new medium.

With crowds already having fallen from a post-war high, it was widely believed that televising top-flight matches could have a deleterious effect when regular televised football finally came to the airwaves in the early 1960s. Bob Lord, the chairman of Burnley, initially banned television cameras from Turf Moor, only relaxing it when he’d cajoled the League into putting the ban in place.

But was this ever really the case? The 3pm blackout didn’t stop crowds continuing to decline until the mid-1980s, with hooliganism and decaying stadia largely to blame, while the increased number of televised matches has coincided with rises in the number of people attending matches at all levels of the game. Bob Lord’s own Burnley went from an average home attendance of 20,508 in 1967 to 3,342 in 1987, but that figure was largely influenced by the factors mentioned above, and also – surely most significantly – by dropping from the First Division to the Fourth over that 20-year period.

It seems perfectly plausible to argue that trajectories indicate that televising more matches might even lead to higher crowds at other matches. Casual fans might be even more inclined to go and see a few of their local teams’ matches by the exposure the game gets from being televised than persuaded to stay on their sofas because there’s one on at 3pm on a Saturday afternoon.

The counter to this is that England has a particularly rich non-league system which is financially fragile, with wage inflation that comes as a direct result of inflation at the top of the game filtering down. Removing the 3pm blackout may well exacerbate existing inequalities over time and some would argue that it would say something profound about our attitude towards football in the 21st century, to be rolling a dice on risking smaller clubs for the benefit of the biggest clubs and television viewers.

Those of us in favour of retaining it argue that the difference wouldn’t be felt overnight, but over a course of years, a slow, gradual shift from the terrace to the sofa that we might even be able to kid ourselves wasn’t happening for a while. But a genie would have been removed from a bottle and putting it back in would be almost impossible, even if the effect on smaller clubs did turn out to be way worse than anticipated.

Of course, there is also an argument for saying that the Premier League could just leave 3pm on a Saturday afternoon for other leagues. That way, they could show every match live. But the fact that this hasn’t already happened indicates that the league don’t consider it commercially advantageous to do so. But even if the rule was just removed, it is unique to the UK, and evidence from other countries suggests that it doesn’t have a negative affect on crowds in lower divisions.

And regardless, both the Premier League and the broadcasters might well feel that their biggest matches – those that may impact on attendances because they draw in the neutral – aren’t best served by kicking off at 3pm on a Saturday afternoon. Having one of the biggest – if not the biggest – matches of the weekend on a Sunday afternoon has been around for about 40 years now.

The figures on how many people are already doing it are startling. Surveys have estimated that almost 2 million people have used an illegal stream to watch a Premier League match, while 4% of all streaming activity in the UK is taken up with illegal streaming of the Premier League alone. It’s impossible to say exactly what those numbers are – these figures were based on a survey of 2,000 people, so could easily be wildly incorrect – but we know they’re above zero. And piracy has been around for as long as the ability to commit it has been. In the 1970s and 1980s, ‘home taping’ was ‘killing music’. At the start of this century, it was Napster and Limewire. It seems vanishingly unlikely that they’ll ever be able to eradicate it.

And perhaps there’s something to be said for the possibility that the Premier League has to be seen to be doing something about piracy, even if they can’t eradicate it. Broadcasters, who spend a vast amount of money on securing television rights, are absolutely right to expect that.

Indeed, it is worth remembering that the Saudi takeover of Newcastle United wasn’t delayed for an extremely long time by the Premier League because the league was frantically checking every detail of the murder of Jamal Khashoggi; it was delayed because the Saudis were behind a pretty-childish looking stunt to block the Qatari rights-holder beIN Sports and pirating it through an operation called beOUTQ. Let’s not be pretending that the Premier League had a conscience over that takeover. They were worried about the value of their TV rights, though.

The fact is that the football’s 3pm TV blackout is something of a quaint anachronism already, like the music to Sports Report on Radio 5 at 5.00 on a Saturday afternoon or the ongoing employment of Martin Tyler. All Premier League matches will be shown live on the television eventually, so perhaps the way forward is to consider how that might look, perhaps in a way that might even benefit the rest of the game. Levies for the rights to show matches at these times could be set to fund grassroots and non-league football. The Premier League could, for example, move its entire schedule to Sundays, as is common in most other European countries.

Perhaps the whole point of opposing the removal of the 3pm blackout is not an outdated idea that football must always be watched at a prescribed time on a prescribed day of the week, but a comment on the extent to which we trust those charged with the job of bringing through a major change which could impact upon smaller clubs. But it feels as though there’s about as much chance of this happening as there is of the Premier League finally declaring piracy of their matches to be a thing of the past, once and for all.