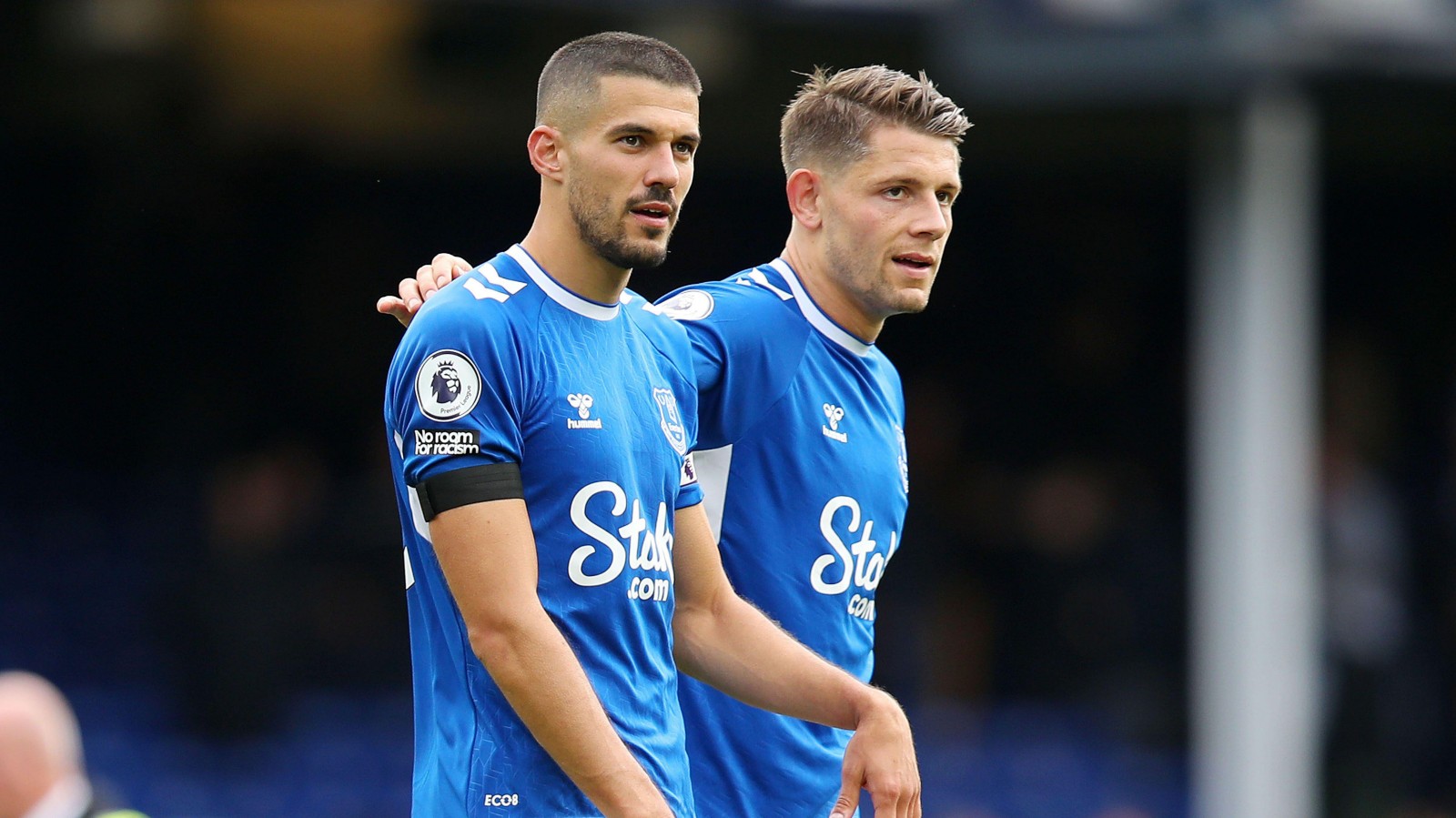 Arsenal shed the last vestiges of a lazy reputation and Frank Lampard is a master delegator. The stocks of Ndidi and Hasenhuttl have crashed.

Arsenal
They are proper. After the stumble against Manchester United, Arsenal returned to the scene of the most humiliating 90 minutes of Mikel Arteta’s reign and finally laid the remaining vestiges of a lazy reputation to rest.

Their visit to Brentford last August was the realisation of every Arsenal cliche: they were bullied, bruised and battered by a team which wanted it more; the Gunners cowered in a raucous atmosphere as they always do and they still hadn’t replaced Patrick Vieira.

This time, they took on the Bees without their captain and chief creator, as well as the £32m title winner who had proven crucial to their tactical fluidity, and they emerged with three goals, three points and the utmost respect of the beaten opposition manager.

The late introduction of 15-year-old Ethan Nwaneri on a “pure gut feeling” was a masterclass in positive vibes from Mikel Arteta. It was a minute that meant everything and nothing, having absolutely no discernible impact on the result or performance but maintaining the values and feel-good factor the manager hopes to cultivate. That north London air feels different right now.

Everton
It is a sign of great defensive prosperity when consecutive clean sheets come under different goalkeepers. After Jordan Pickford kept Liverpool at bay, it was Asmir Begovic’s turn to repel West Ham.

The Bosnian admittedly had a slightly simpler task but it speaks to the ability of Frank Lampard to delegate. He struggled to properly arrange a defence worthy of the name at both Derby and Chelsea yet the appointment of two on-pitch lieutenants has helped him win that battle at Everton.

James Tarkowski and Conor Coady were stunning summer pick-ups at no ostensible cost in terms of a fee. Their impact has been obvious, turning Everton from a fairly leaky and haphazard side into something far more obdurate and organised.

Everton games have contained 11 goals so far this season – only Wolves with 10 have seen fewer scored and conceded – and that is entirely by design. Lampard is defying a reputation he helped cultivate as an expansive, attacking coach and that flexibility has been a genuinely lovely surprise.

Tyrone Mings
It turns out that the cloth around a bicep and the responsibility of taking part in a coin toss makes a captain but not a leader. The commotion surrounding the decision to make John McGinn skipper of Aston Villa instead of Tyrone Mings was blown out of proportion by a country that imbues such a role with undue importance, but the performances of both since do suggest it is a weight that hangs heavy.

McGinn was much improved against Southampton, that said. But another colossal display from Mings was testament to his character in not only dealing with the captaincy situation, but the downgrade of his England position and the general weirdness of Graeme Souness.

Steven Gerrard claiming that he removed Mings as captain because “there was a lot of noise around him” and “the idea was to take that away so he could focus on him more and not worry about other players in the team” is flawed. Taking the armband off the centre-half only turned up the volume, increased that pressure and intensified the spotlight.

But Mings has risen to the challenge and rediscovered a level of consistency previously thought beyond him. The 29-year-old has thrived in adverse circumstances when many would have expected him to keep crumbling.

Hugo Lloris
Contrarian as it is to focus on a goalkeeper who conceded twice instead of the hat-trick hero who almost visibly unloaded the burden which weighed crushingly on his shoulders after a dreadful start to the season, Heung-min Son would not have had his moment without the intervention of Hugo Lloris.

Among his five saves against Leicester were two made at a ludicrous game’s eventual set of crossroads. Lloris kept James Maddison out with his feet at 2-2 before Patson Daka’s header was thwarted soon after Rodrigo Bentancur restored Tottenham’s lead.

Those were the precise moments in which Tottenham could have collapsed with the concession of a goal. There would surely have been no late attacking wave if Lloris had not stemmed an earlier tide. He is still critical to this team in his 11th season.

Fulham
Only twice last season did Fulham win a league game in which Aleksandar Mitrovic failed to score. Not since Boxing Day 2017 had a Marco Silva side come from behind to win in the Premier League. Never before had a team captained by Tim Ream at left-back been anything more than a fear-inducing theory. This is a team and a manager breaking new ground.

Jack Grealish
A goal will do little to fundamentally alter the opinion of his eternal critics but it is slowly becoming clearer why Pep Guardiola and Manchester City deemed Jack Grealish to be worth a nine-figure fee.

This was perhaps his most instructive performance in blue with regards to what he brings this team. He led the game for both completed dribbles (4) and most fouls drawn (3), underlining his ability to carry the ball and stretch games.

Grealish was offered the public support of Pep Guardiola before and Kevin de Bruyne after the Wolves game; those are not low standards to have impressed. The first-minute tap-in was added simply to appease those who cannot look beyond a scoreline.

Erling Haaland
Ryan Giggs, Paul Scholes, Craig Bellamy and Peter Crouch all only have one higher goalscoring Premier League season than Erling Haaland in the first seven appearances of his debut campaign. He is ridiculous.

Neto
Not since October 2020 has nominative determinism’s Neto lost a game in any competition. It should perhaps be noted that he has played only 14 matches in that time. But swapping the Barcelona bench for the goalmouth of Bournemouth has done nothing to impact the 33-year-old’s mild air of invincibility.

Newcastle could not breach the Cherries’ goal until Alexander Isak was given an unchallenged opportunity from 12 yards. Neto was otherwise not to be beaten and his experience in organising a defence has proved vital.

Wilfred Ndidi
Leicester can tick off another potential solution to their problems from an ever-shrinking list. The return of Wilfred Ndidi to defensive midfield was supposed to address many of their issues and restore a certain balance. If anything, it increased the levels of instability against Tottenham.

There is sympathy for Ndidi, a player forced to retrain at centre-half, whose own knee injury in March has seemingly affected a previously imperious confidence. Everything that once came naturally to the Nigerian suddenly feels forced. What was automatic has become manual. Where he would take one or two perfect touches without thinking, he now has three or four saturated in doubt.

Jonny Evans did him no real favours with a slow pass to a player encased in a Tottenham diamond with no option offered to help him escape. But Ndidi received the ball facing his own goal and never looked comfortable in doing so. Rodrigo Bentancur sensed that doubt and capitalised.

Ndidi once seemed the obvious answer to a series of questions plaguing the elite. This is a pitiful shadow of a formerly phenomenal midfielder who, much like everyone at Leicester, could do with a change as soon as possible.

One was deemed to have earned an opportunity far higher up the managerial ladder, while the other continues to fluctuate wildly between brilliant and baffling.

The performance against Aston Villa emphasised why Hasenhuttl will likely never progress beyond Southampton before an early retirement he has mentioned taking more than once. It was static, uninspired and insipid from a squad which was freshened up more than any other in the summer.

Their ceiling is lofty but that floor is painfully low.

After the ambition and investment shown in that transfer window, the owners and fans should be forgiven for expecting more and even fearing the sort of streak with which Hasenhuttl has become synonymous. A great start surprised many but three 1-0 defeats in their last four games reflects kindly on no-one at St Mary’s.

West Ham
David Moyes: “I found out little bits, mainly about the players I already knew about. They were the players in the main who let me down with their play overall. The players who played last year are down on their level as well.”

Also David Moyes: Let’s keep giving Gianluca Scamacca and Maxwel Cornet half an hour at most, while completely and specifically ignoring Flynn Downes.

Credit goes to the Scotsman for blooding Thilo Kehrer and Lucas Paqueta instantly but his frequent refrains about having to work with such a stagnant squad elicit no sympathy while he deploys largely the same players in a system which has been thoroughly exposed by all manner of opponents.

In defeat, patience is afforded to managers who at least try something different and show a willingness to adapt and grow. While Moyes keeps picking his favourites and then alluding to being let down after yet another defeat, that virtue will not be available to him.

A manager who happily accepted the credit for turning things around in east London has to start taking responsibility for their current predicament. Moyes even made a cursory nod to having played a European game in midweek as a caveat to the Everton loss and such nonsense will only be excused for so long.

Eddie Howe
The true current test of whether one’s glass is half full or frustratingly empty.

Depending on the chosen perspective, Newcastle have either only been beaten once so far this season – and that by a stoppage-time winner at Anfield – or they have a solitary win, coming against a Nottingham Forest side who sit second-bottom.

Their current position of 10th is fitting. But after that end to the season and a summer transfer window in which their transfer record was shattered, they cannot legitimately point to Allan Saint-Maximin’s absence with a straight face as a reason for failing to beat Bournemouth at home.

Eddie Howe knew the deal when he took the post. Expectations would be stiflingly high and gradual improvement would only be accepted to a point. The 44-year-old has done a fine job in terms of transforming Newcastle’s approach and instilling a new ethos but if results do not turn soon then the question will be whether someone is more capable of seeing the work through.

Steve Cooper
Will he make it to his one-year anniversary as Nottingham Forest manager on Wednesday? It could genuinely go either way.

Nathan Collins
How comforting to see a former Stoke and Burnley defender tackle in such a manner.

Scott Parker
It really doesn’t feel like Bournemouth are “underequipped at this level” nor that this squad is inhibited by “fear” and “not competitive”.

“These stories get told down the road: the adversity one faces,” Scott Parker said following that defeat to Liverpool, after which he predicted similar thrashings in store for Bournemouth. “This one will define us, me. Hopefully we bounce back and react in the right way and there’ll be a story behind it if we dust ourselves down.”

Two hard-fought draws and a comeback win away from home in the three games since was perhaps not the definition Parker wanted of either himself or a Bournemouth team flourishing without him.

Brentford
That was the most promoted they have looked in over a year since actually coming up.

Ivan Toney
Shit kick about with the boys.

The agent of Wout Faes
Someone has a bit of explaining to do.