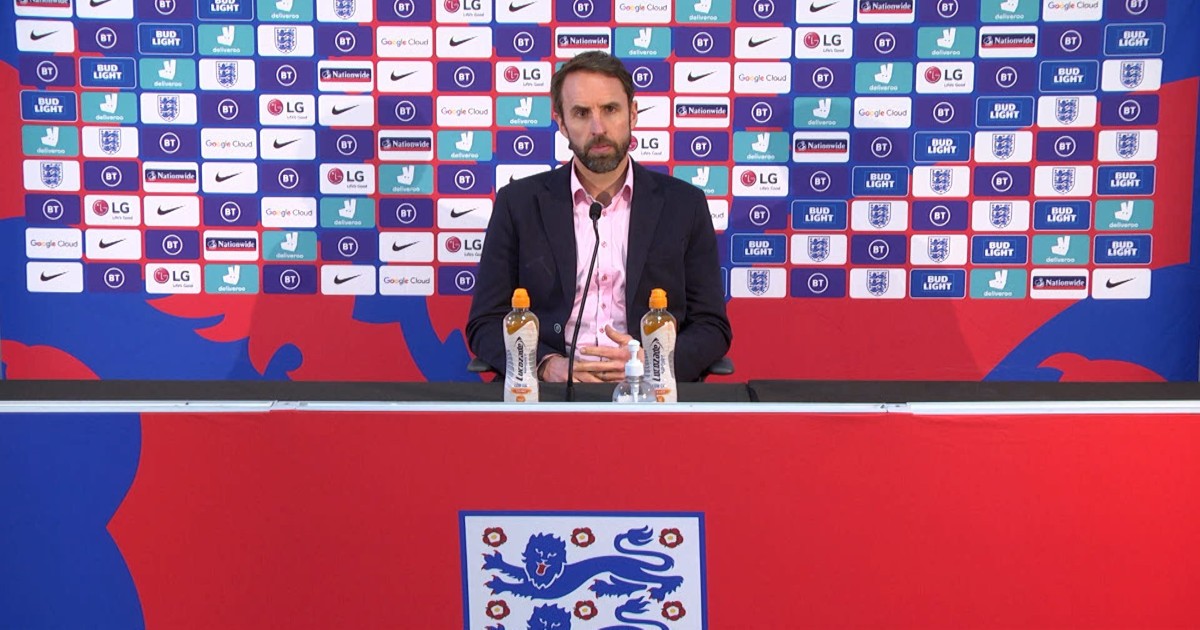 There is approximately no need for press conferences as they are in the modern age. They serve absolutely no-one but unimaginative journalists.

The response from much of the sports media to Naomi Osaka’s refusal to do press conferences was predictably pathetic. Will Swanton of The Australian offered a sentiment sadly shared by many. “The immaturity, preciousness and hypocrisy of Naomi Osaka leaves me speechless,” he said, being immature, precious and hypocritical.

It is astonishing that these sort of press conferences even exist in 2021, isn’t it? They come under the heading ‘media obligations’. Who wants to be part of an obligation? Swanton should just be glad he’s getting paid to sit in on them. After all, this isn’t 1981. There’s this thing called the internet and social media. Players in tennis, football or any other sport can disseminate their thoughts to the world at the click of a button. They don’t need sulphurous blowhards to sit there, bark out a question, write down the answer, type it into a feature, send it to a sub-editor who sends it on to some webmaster who uploads it to a website or, god forbid, it might get printed onto paper.

If people like him think that the public are eagerly awaiting his transcription and interpretation of a few banal, obligatory words – and I think they do – he is wrong. Media obligations may be in the contract but quite why journalists are pandered to with such clauses astonishes.

Yesterday’s albeit remote presser with Gareth Southgate was a fine example.

Kieran Trippier looked like he would’ve rather been anywhere else, probably because he would. People asking him questions like he’s their mate was cringeworthy. He was well-versed in the art of saying nothing. And he has nothing to say anyway. Why would he? He’s a footballer, not a raconteur.

The questions were pointless, including such gems as, ‘Do you think you’ve got one of the best frontlines in the tournament?’. Southgate just deals with it all effortlessly, clearly always two steps ahead of the press pack’s thinking. He says nothing that couldn’t have been covered in a press release.

So to recap, we’ve got journalists watching a press conference that everyone else can see (it was broadcast live), writing it all down, twisting it where possible to get a story – obviously because otherwise the whole thing is pointless for them – and puking it out later that day online or for the following day’s paper, by which time anyone interested could’ve watched it themselves. The live broadcast at a stroke wipes away the journalist’s last barrier to exclusivity.

Those who are interested but can’t watch it on any sort of screen, nor catch up with it before the reports come out or see highlights of it on social media, are the only audience left now. They must number literally some, but is it worth all the palaver just to keep these people in a job?

By all means carry on squeezing a few more wage packets out of the industry, but let’s not pretend any of this matters.

Sachin Nakrani wrote a fascinating piece for us three years ago about the whole process of the presser and the bizarre working practices, established in a time that is not now.

Perhaps things have changed a little; perhaps the Saturday-for-Monday routine is less set in stone for everyone now and Covid has made things different. But press conferences are still routine and you’ve got to wonder why.

The huddle, the agreement on a line, the rejection of those who won’t do this, the threatening to call the police on someone who breaks an embargo for ‘stealing’. It all speaks to people who spend too long in a blinkered little world doing a job that doesn’t need doing, losing perspective on their own value and worth within the system and massively having themselves.

Couple this with their obsession with ‘getting’ – something which no-one outside of their own little circle gives a damn about but which they value highly, so highly, they often proclaim their ‘get’ to a disinterested public.

‘Breaking: This footballer is in the squad’. Great get. Pffft.

It’s not that sports writing is not needed, but what is not needed is documenting responses to “Happy with today’s result?” and everyone dutifully writing down that yes, they are or no, they aren’t.

They try to justify this by saying they are only asking what fans want to know. There’s rarely any proof of this, of course: have you ever been asked by a journalist what you’d like them to ask a manager? And besides, fans can ask a sports star directly any question they like these days and get a banal answer of their own.

The idea that some representative of a tabloid newspaper is going to prise some unique, valuable information out of the individual is mad and mostly they don’t even try because there is no information to prise out. It’s just football, not solving JFK’s assassination. It’s all so perfunctory and I’d wager some of those less addicted to being One Of The Boys don’t even want to go, but are sent by their editors anyway and they have to churn this slurry out regardless. Some of it must be done under duress. A lot of the time they’re held at arm’s length by a club press officer anyway, and as soon as anything vaguely controversial comes into play they’re shut down.

Some players would have nothing to do with the press if they could because they’ve seen time and time again how their words are wilfully and knowingly misinterpreted or tweaked slightly to suggest something you clearly did not say. Rob Green spoke about this, staying he felt he literally couldn’t say anything at an England press conference for fear it would be taken, bent out of shape and refashioned into A Big Thing, so desperate were ‘the boys’ for a story to fill too much space with not enough words.

It seems a thankless existence, forced by demanding editors to drum up something they can call exclusives, whether it is or not, forever wanting the ‘good get’ praise, spending so much of your time in featureless, airless rooms, asking the same questions to the same people, trying to squeeze some blood out of the corpse of football. And then when you post it online, all you get is abuse or worse, are just ignored. What a life.

The irony of all of this is that if we leave clubs to disseminate their own propaganda because fans have lost faith in the press – and that’s a whole other story – then we live in a world that is comprised of islands of propaganda and the truth is sidelined. But then when have the papers been overly bothered with the truth? They sold the rights to truth long ago. When all that matters is another headline, the consequences for tomorrow are made irrelevant by the urgency of filling space today.

The facts are available for us all to see in real time from multiple sources; we don’t need a journalist with a belly full of free food from the club to do that for us.