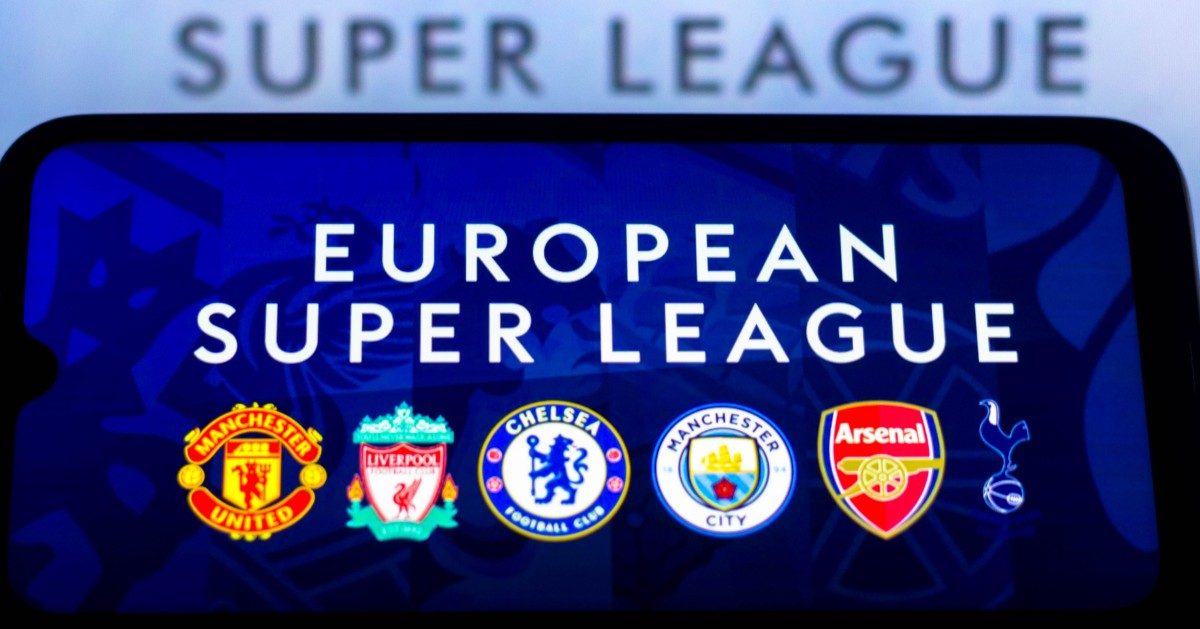 We need profound change and a proper, focused European Super League could genuinely be the best of both worlds for everyone involved.

The European Super League is not dead, it just needs remarketing. As Ian King reported last week that is at least what Real Madrid, Barcelona and Juventus believe, as they’ve hired a PR team to push the idea once again and broach the possibility. Those clubs are jonesing for money and they’re not about to let this potential huge cash cow slip through their fingers just because they went about it clumsily last time.

Qualification for the ESL was never anything to do with league position or achievements and all to do with wealth. Thus Arsenal get in despite being dragged to the bottom by Mikel and his dysfunctional roll-neck sweater of doom, because they’re massively rich. No, it’s not fair but fairness went out of fashion a long time ago.

With a transfer window which has shown the buying power of the petro-dollar clubs, and the prospect all across Europe of the same teams dominating the first few places in perpetuity, with everyone else relying on a managerial and administrative meltdown of Arsenal proportions to even give them a sniff of a chance of competing, shouldn’t we all be praying for an ESL as soon as possible?

Of course some fans of the Big Six don’t like the idea. Many enjoy domestic football and don’t want to see it go. It’s understandable but this is a consequence of the nature of ownership and funding. We can’t make all of football worse just to keep one lot of fans happy, can we? That’s not fair on everyone else. For the good of the game, we have to jettison these clubs from our domestic league to end their domination.

When you’ve got a team with owners worth £20million competing against one whose owners are worth £17billion, there’s only going to be one result. It’s like letting a heavyweight into the ring with a featherweight.

Chelsea fans who gleefully declared they had ‘saved the Premier League’ (like that’s a good thing) once the Super League collapsed were delighted by spending almost £100million on a new striker. In effect they were saying “we’ve preserved our financial hegemony so we can buy who we want”. Fair enough. Good luck with that, but it is not good for everyone else in the pyramid. We can’t and shouldn’t bend football just to suit a small number of clubs’ desires – but that’s what has happened.

And while in a perfect world no-one would want to see those six clubs defenestrated into a European Super League which in itself will also end up in a petro-dollars v The Rest situation, we are where we are. And a league without them looks very attractive and much, much more competitive for top places. The same can be said right across Europe in all the major leagues.

The fact is, a league without the two Manchester clubs, Arsenal, Spurs, Chelsea and Liverpool is a league that at least ten, possibly a dozen clubs would feel they could do well in. And feeling you could not just win, but at least finish in the top places, is simply better than playing for sixth or seventh. It just is. Better for the neutral, better for supporters of all other clubs, perhaps not better for fans of the six breakaway clubs, but then they’ve got big games against equally big clubs – proper competition, not just domination – to look forward to. No-one loses really. We can all still see the top six play; we won’t be starved of exposure to the top players’ talents. But we all gain the gift of domestic unpredictability and variety.

True, Chelsea, Manchester City and PSG’s owners don’t need the money and are not in football to make it. That may make them resist this change. If they won’t volunteer to join the ESL and just want to keep dominating domestic football, they’ll have to be legislated out on an ownership basis.

I know many fans of those teams just do not want to be playing Bayern and Barcelona all the time, but they must realise that they are not supporting the club they used to. It trades under the same name but it is just one more asset in a portfolio of global capital investments, as well as being part of a long-term soft power exercise. This isn’t the ’90s anymore. This is where we are now.

If you’re stuck in the notion that football should be as it always has been – whatever that means to you – I’m afraid that ship has sailed long ago. We’re dreaming if we think any of these clubs – and others too – are the same businesses as even 20 years ago, let alone 30 or 40.

They’re not old-fashioned sporting clubs anymore. They are global businesses and they’re only going to use their wealth to dominate domestically more and more, not just in the Premier League but right across Europe’s big leagues. Does the majority really want that? Many certainly do not. That lower Premier League sides can even compete occasionally against these behemoths is a tribute to football’s ornery resilience, but we’d be deluding ourselves if we mistake occasionally winning a battle with winning the war. The war is lost.

Severance is the only way we have of divorcing their influence from the rest and the rest need updated and revised legislation to restrict the power of ownership money or we’ll end up in the same situation again sooner than later.

This break would mean radically lower media rights and that might mean less expensive transfers and players on a lot less wages. This is a good thing. Ending fee and wage inflation right across the industry is important. But there is still plenty of money in football, more than enough to keep all but the greedy happy.

The ESL was resisted by different people for different reasons. Some felt it unfair to just parachute clubs into a competition not based on performance. Some didn’t want the Champions League replaced. Others worried about the loss of local derbies and the cost of travelling across the continent for away games. More still feel a closed league is a boring, pointless league. Others worry about loss of income from the games against the big clubs. All of these issues can be addressed and solved quite easily. Then what? Then an ESL happens.

I would suggest it is largely resisted by people who are living in the past and want domestic football to be as it has always been. But those days are gone.

If we jettison those six clubs and everyone moves up six places throughout the pyramid, hand-in-hand with legislative reforms to restrict the power of owners’ money, we could restore some semblance of democratic competition to the top flight, the sort of competition that we see in every league below it. It sounds radical but only because we’ve ended up in such an extreme position that it is a long way back to the middle ground of reasonableness.

The three remaining vocal Super League proponents are right. All it needs is remarketing and couching in different terms. Don’t say it’s just a midweek league to play alongside domestic football. No-one believed that. Sell it to us as a good thing for the Premier League, not just those six clubs. Sell it to us as a form of liberation from their financial dominance and a majority would certainly vote for it. Sell it to us as more fair competition between similarly financed organisations. Give it some semblance of jeopardy. Financially aid the transition if necessary. Sell it to us as the best of both worlds: two very competitive competitions, a Super League and a domestic league. Double bubble. No-one loses. Everyone wins.

We need profound change and we need it as soon as it can happen. There is no room for old-fashioned romantic notions or traditions. This is 2021, not 1961. We need hard-nosed pragmatism to correct the current radical dysfunction. It went off half-cocked last time. The next time will be for real and if it is conceived and marketed appropriately, the idea is surely not just irresistible, it is inevitable.