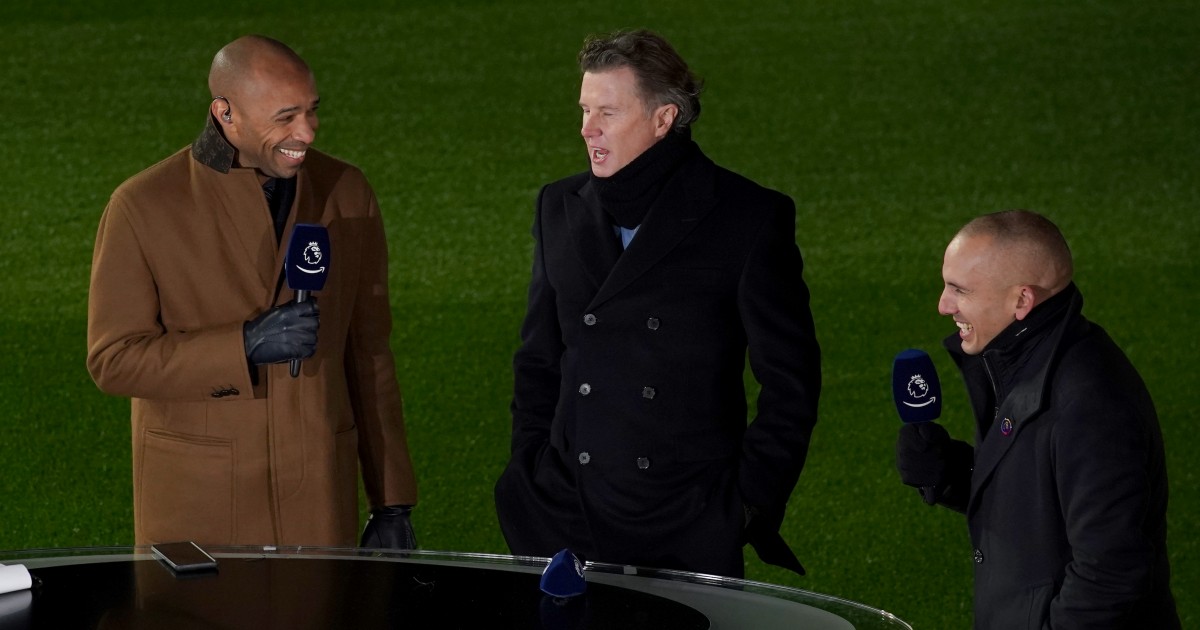 Running 12km twice a week for 15 years should not instantly qualify anyone as a pundit. It’s a specialist role, not a next step for ex-pros.

Football broadcasting has gotten much better over the last 15 years, but it could still be radically improved. How? By not using so many ex-player pundits and by making punditry and co-commentary specialist artforms that people are trained to deliver.

Next time you’re watching football on TV or listening to it on the radio and the pundits start talking, close your eyes and concentrate. Are they saying anything that anyone else who knows anything about football could not say? Are they offering an insight unique only to them as ex-players? Are they articulating something that is not already commonly known or obvious? On TV, the co-comm is probably just describing what we can see with our own eyes. “He’s nearly got on the end of that”, “that was just a bit behind him” and “he’s hit the first man” are just three of hundreds of examples from this week alone. We get nothing from that.

It isn’t my intention to be beastly to the pundit-class; there’s enough of such unpleasantness online and I have no interest in adding to it by listing those who bring little entertainment and insight. It’s just that I often can’t see what they bring that an expert in the field couldn’t more successfully.

Need to know something about tactics and systems? Well there are proper specialists who can tell you everything about any tactic: how it works, who invented it, who has successfully deployed it in the past, how this version has been tweaked, how specific players work in it and why it is or isn’t successful on this occasion. And they can do so in a clear and articulate manner. They are not usually ex-players. A discussion on stats? Same situation. The stats industry is not staffed with ex-players, some of whom seem cynical about the worth of such analysis anyway.

All assessments of player movement, position and format does not require having run 12km twice a week for 15 years for a Premier League club. Anyone with eyes and an interest in the game can and does do it.  Emma Hayes stands out as someone – possibly the only one – who does it as a co-comm and pundit. She also stands out as not having played professionally, going straight from college into coaching. There is no other TV matchday contributor who hasn’t been a player. Yet she is an example of someone who brings insight above and beyond what we might see for ourselves. She offers things to look for and is of a different standard altogether.

Two of the greatest Premier League players either side of her in Henry and Shearer, yet Emma Hayes comfortably analyses football better than both.

However, if you want to talk about the experience and psychology of being a player in specific circumstances, then we welcome the articulate former professional. We don’t know what that is like and we want to know. That is the ex-player pundit’s best role. Tales from their life as a player is what we want to hear. For example, Kyle Walker talking about testing himself against Kylian Mbappe was fascinating. Of course there are former players who offer a lot. Many are interesting people. I don’t seek to exclude them.

5live sometimes successfully waters down the ex-pro strong brew with contributions from writers, journalists, fan podcasters and alternative broadcast outlets. BT Sport dipped their toe into it when they covered Saturday evening live games. But you will never find any of these as a co-comm, or in-game pundit, even though, when it comes to their club, they are undoubtedly an expert. Maybe producers think football fans can’t handle anything a little intelligent and articulate and would reject anything not presented to them by a former player as somehow inauthentic. That would be a mistake.

Experts in their field are already being proven a better choice for discussion shows. Statman Dave on 5live is already providing expertise. Michael Cox, Jonathan Wilson and many others do the same on podcasts. There are plenty of European football experts who are always a pleasure to listen to. None are ex-pros. So it is already evident that a knowledgeable journalist or writer can elevate discussion and bring a fresh colour. The European Goals Show on BT Sport is almost always journalists and broadcasters casting their eye on Champions League games and is very successful. These are superior offerings and proof that we don’t need so many ex-player pundits.

The other problem with the ex-pro is that some still seem to be connected to football’s hive mind and don’t think independently, preferring to default to ‘best league in the world’ sort of cliches. They are also inhibited by the fact that they might know some players, or have some sort of relationship with them. This is why many British pundits are at ease criticising non-British players and managers: there is less fear of comeback. Similarly, there is a tendency to over-vaunt the British.

Too many also come with annoying verbal tics. There’s the pluralisation of names – “your Rashfords, your Salahs” – which they seem unable to resist. There’s the reference to the other pundits on the show before making a point – “Dion will tell you…”. No-one outside of football indulges in this so they must learn it off each other via the hive mind.

Sometimes someone from a club fanzine or podcast is invited onto a radio show and they know more, are more articulate and more entertaining than any ex-pro on there. Again, this is telling a story. There is a lot of talent in the football community who could be used more often in broadcasting, instead of getting someone who was a player in the Premier League 10 years ago to say things which verge on cliche or state the obvious.

The reliance on the ex-pro is a default for broadcasters that producers are never asked to justify. I think they think that it confers the status of wisdom on a viewpoint if the speaker has played the game, but close your eyes and listen to them. Does it really? If laypeople with football knowledge and passion for broadcasting were trained in the art of co-commentary, trained to be a pundit, it would inevitably raise the standards. Specialisation always does. What is it about the general public that football broadcasting is scared of?

The fact that pundits always get unreasonable abuse on social media means the genuine reasons for criticism of their work lose any power. It is easy to lump it all together as the usual noise. It allows the default not to be challenged, when it should be.

Again, this isn’t a criticism of pundits as people, and it isn’t a uniform criticism of all of them. This is an argument against their dominance, not for their abolition. And it’s worth saying that broadcasting is hard. Saying the right thing at the right time, finding the right words, isn’t that easy. No broadcaster would let someone who was not trained as a commentator work on a game, so why not specialise punditry and co-commentary as jobs to make sure the standards are always high?

I know, in the current climate, this is hardly the most pressing issue we face today and is unimportant compared to many other things. But things need to move on from tired old models. More expert, informed voices from outside of the game is a good way to paint with more than one colour and that makes things more interesting.

I have a feeling it will happen, in the same way 20 years ago I knew women would eventually break into punditry and commentating. In the same way, once someone tries it and the sky doesn’t fall in, soon enough, every broadcaster will employ specially-trained experts in the art of football broadcasting. Let’s hope it is sooner than later.