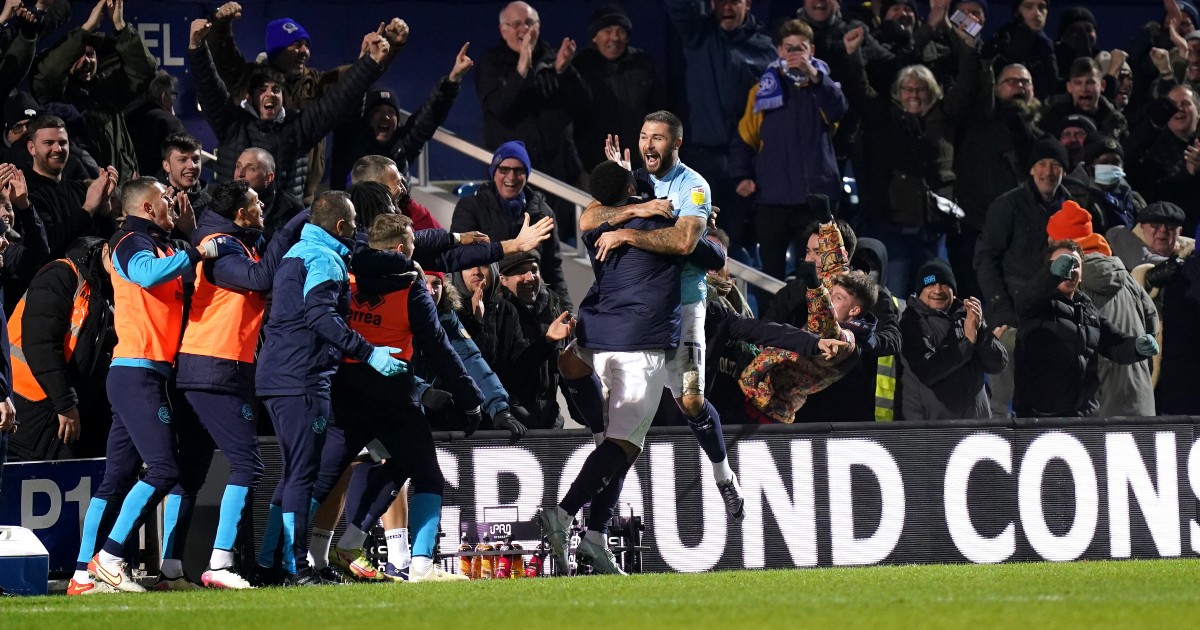 QPR were once a symbol of Championship financial malpractice but they have become sensible off the pitch, durable on it and the envy of most.

January was supposed to be a difficult month for QPR. A tough run of fixtures coincided with three of their first-team players spending the New Year with their nations at AFCON. Instead, the promotion-chasing Londoners have been in their best and most consistent streak since the opening months of the season when they cemented their place as Championship dark horses.

Now, despite being without goalkeeper Seny Dieng, wing-back Osman Kakay and influential playmaker Ilias Chair for the best part of the month, QPR have risen to a strong position – just four points off the top two with a game in hand on second-placed Blackburn.

A 0-0 draw against Swansea City last time out is as bad as it has been for QPR recently, with four consecutive league wins and FA Cup progression for good measure before then. On Saturday, Mark Warburton’s side will be looking to make it 13 points from a possible 15 when hosting the desperately out-of-sorts and relegation-threatened Reading.

Reading’s on-field plight has not been helped by matters off the pitch, with extreme spending in the pursuit of the Premier League now coming back to bite the Royals. For much of the 21st century, QPR could empathise. Chasing the dream of getting into the Premier League but failing to stay in it for a sustained period meant they had to change tact or face likely financial ruin.

A proud club had been run in an unsustainable way. Now, they are one of many Championship teams who should be applauded for the way they operate. Once a symbol of overspending, they are now a beacon of sense and sensibility. There is pride to their consistency and ability to grind out points from difficult circumstances; a much more expensively assembled outfit that occupied the same space a decade ago would have crumbled time and again.

Even without three stars of the side which have inhabited a spot in the upper echelons of the Championship since day one, QPR have been unshaken. Each of their last six victories have been by a single-goal margin. Some would say that is unsustainable. In a sense, they may have a point. But many QPR teams in recent history would be drawing and losing those games, not winning by more. If the victories and points do dry up, they have enough credit in the bank to likely sustain a promotion push via the play-offs at least.

This hooped corner of West London was once playing host to a swathe of big-name players looking for one last paycheque. Now the team has an exciting blend of homegrown talents, prodigious youths and just the right amount of experience with Charlie Austin and Andre Gray often leading the line.

Joe Willock swapped Arsenal for Newcastle in the summer for an eight-figure fee and has struggled, but his brother Chris has lit up the Championship in an advanced midfield role and will almost certainly be plying his trade in the top flight next season, with or without QPR. Then there is ever-present veteran defender Yoann Barbet, ageing on a scale somewhere between a fine wine and Benjamin Button.

In fact, everywhere you look there is an individual, a group of players and a collective team spirit across the whole squad which is almost unrivalled among their second-tier contemporaries. There are teams with bigger and better squads, higher goalscorers and tighter defences, but few who can match the whole package of this QPR side. The slow and steady work Warburton and co. have brought to the club in recent years is paying dividends.

Within not much more than a stone’s throw of Loftus Road, Chelsea are the champions of Europe, Brentford are enjoying their maiden Premier League campaign and Fulham are set to break all sorts of records on their way to another stint in the Promised Land, but there is just as much to be excited about in this QPR side.

They will have a full complement of stars back for February and beyond, when the wheat will be separated from the chaff. There has been little so far this season to suggest that QPR will find themselves in the latter pile. If anything, they look to be getting stronger and stronger.

They are finally looking up at the stars without fear of an impending crash landing beyond the horizon. It has been a long time coming.